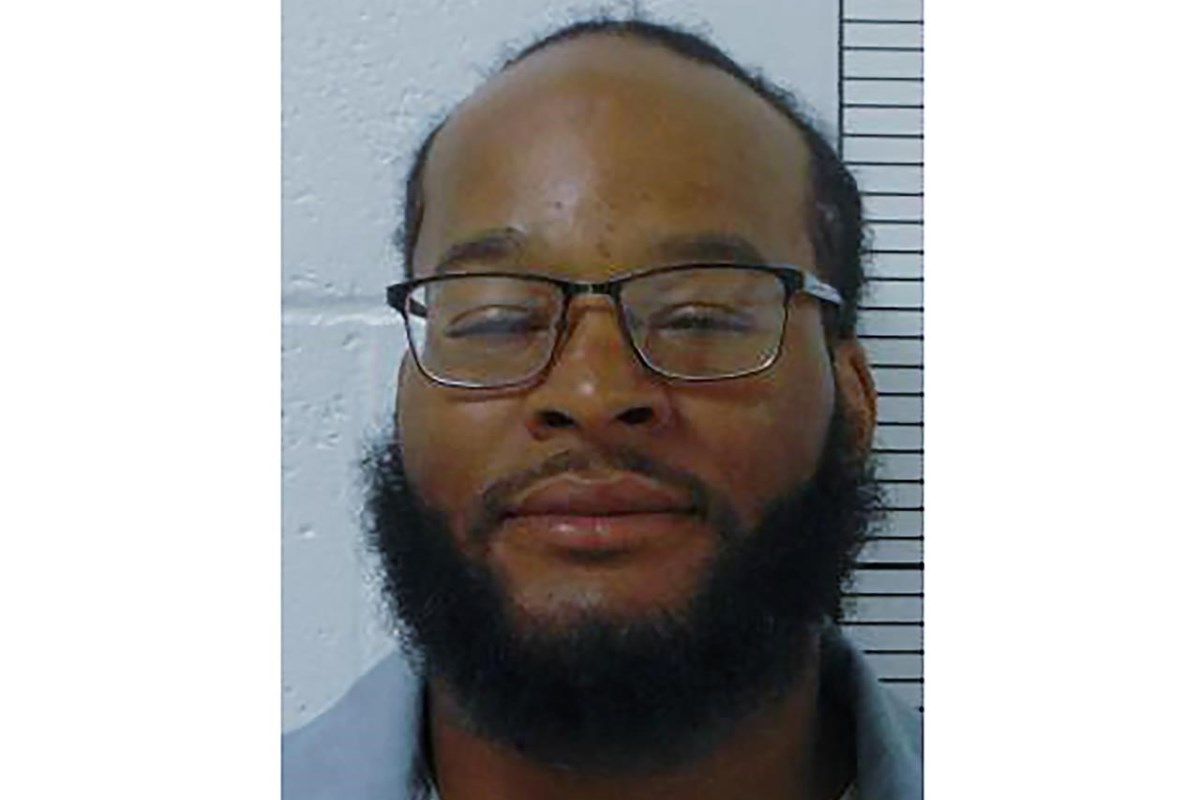 BONNE TERRE, Mo. (AP) — A Missouri man convicted of ambushing and killing a St. Louis-area police officer he blamed for the death of his younger brother was executed Tuesday night. .

BONNE TERRE, Mo. (AP) — A Missouri man convicted of ambushing and killing a St. Louis-area police officer he blamed for the death of his younger brother was executed Tuesday night. .

Kevin Johnson, 37, died after a pentobarbital injection at Bonne Terre State Prison. It was the second state execution this year and the 17th nationwide. Two more executions are scheduled in Missouri for the first weeks of 2023.

Johnson’s lawyers did not deny that he killed officer William McEntee in 2005, but said he was sentenced to death in part because he is black. But courts, including the US Supreme Court, and Republican Gov. Mike Parson refused to stop the execution.

Johnson declined to make a final statement before the deadly drug was administered.

For the first time in modern executions in Missouri, Johnson was not alone in the execution room. His spiritual advisor, the Reverend Darryl Gray, sat next to him. The men spoke quietly until the drug was administered. Gray read the Bible while Johnson closed his eyes. Within seconds, all movement ceased. Gray, a prominent St. Louis racial injustice activist, continued to read the Bible or pray as he patted Johnson on the shoulder.

McEntee, 43, was a 20-year veteran of the Kirkwood Police Department, a suburb of St. Louis. A husband and father of three children, he was one of the officers sent to Johnson’s home on July 5, 2005, to serve an arrest warrant. Johnson was on probation for assaulting his girlfriend, and police believed he had violated probation.

Johnson saw the officers arrive and woke up his 12-year-old brother, Joseph “Bam Bam” Long, who ran next door. While there, the boy, who was suffering from a congenital heart defect, collapsed and began having seizures.

Johnson testified at trial that McEntee prevented her mother from entering the house to help her brother, who died a short time later at a hospital.

That night, McEntee returned to the neighborhood to verify unrelated reports of fireworks going off. A court filing from the Missouri attorney general’s office said McEntee was in his car questioning three children when Johnson shot him through the open passenger-side window, striking the officer’s leg, head and torso. . A teenager was hit but survived. Johnson then got in the car and took McEntee’s gun.

The court record says Johnson walked down the street and told his mother that McEntee “left my brother to die” and “he needs to see what it feels like to die.” Although she told him, “That’s not true,” Johnson returned to the scene of the shooting to find McEntee alive, kneeling near the police car. Johnson shot McEntee in the back and head, killing him.

McEntee’s wife, Mary McEntee, read a statement after Tuesday’s execution that said Johnson acted as “judge, juror and executioner” in killing her husband.

“Bill was killed on his hands and knees in front of strangers, the people he dedicated his life to,” Mary McEntee said.

But a broader approach to the appeals alleged racial bias. In October, St. Louis Circuit Judge Mary Elizabeth Ott appointed a special prosecutor to review the case. Special counsel EE Keenan filed a motion earlier this month to vacate the death sentence, stating that race played a “decisive factor” in the death sentence.

Keenan’s court file says former St. Louis County District Attorney Bob McCulloch’s office handled five cases involving the deaths of police officers during his 28 years in office. McCulloch sought the death penalty in all four cases involving black defendants, but he did not seek death in the one case in which the defendant was white, according to the docket.

McCulloch, whose father was a police officer killed in the line of duty, witnessed the execution.

“It has been long overdue, but justice has been served,” McCulloch said.

Johnson’s 19-year-old daughter, Khorry Ramey, had tried to witness the execution, but state law prohibits anyone under 21 from observing the process. The courts refused to intervene on Ramey’s behalf. Ramey was able to meet with her father hours before the execution, said Karen Pojmann, a spokeswoman for the Missouri Department of Corrections.

More AP coverage of executions can be found at https://apnews.com/hub/executions