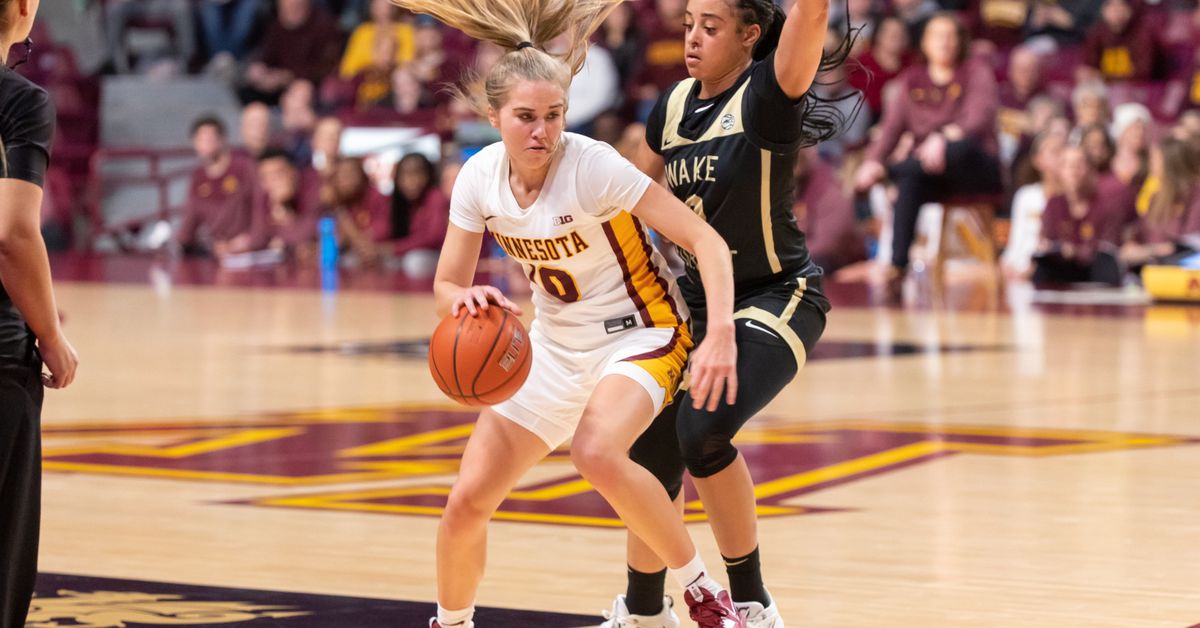 We have reached December and winter sports are in full swing. We have Big Ten basketball games for the first time this year on both the men’s and women’s sides, an NCAA Volleyball Tournament appearance, and a big wrestling tilt against a ranked opponent on live TV. Throw in three out of four hockey games on the TV and yes, your remote will get a workout. Better change those batteries now.

**An advisory that DirecTV threatens to block customers from streaming Fox Network at midnight on Friday. If you have DirecTV and there is no agreement, you will not be able to watch any Fox, FS1 or BTN programming until an agreement is reached. **

Swimming and Diving—Minnesota Invite 10AM

The Gophers swimming and diving teams are hosting the Minnesota Invite this weekend at the Jean K Freeman Aquatic Center. The meet began last Wednesday and continues through Sunday with some of the best college swimmers in the nation. In addition to the #24 Gophers, the men’s field includes #1 Texas, #2 Cal, #21 Wisconsin, #25 Arizona, and Harvard, Pitt, and UNLV. The women’s field is highlighted by #11 Texas, #13 Wisconsin and #14 Cal.

Preliminaries begin at 10 a.m. with twelve different finals scheduled for Friday night starting at 6 p.m. The event is broadcast live on NSPN.tv for a fee.

The Gopher men’s hockey team returns to Big Ten play after a non-conference weekend series at Arizona State last weekend that did not see the team play very well. Minnesota split the series against the Sun Devils, but didn’t play all weekend and lost a game in overtime on Saturday that they didn’t have to lose. Minnesota dropped to #4 in the US Hockey Poll, while still ranked #1 in the nation in the USCHO.com poll.

Minnesota will face a Michigan State team this weekend in East Lansing that surprised early and is just one point behind the Gophers atop the Big Ten standings. Minnesota has won nine straight against the Spartans, but that won’t be as easy this weekend.

Under new head coach Adam Nightingale, the Spartans are playing their best hockey in years. They are scoring at a rate that has not been seen in recent seasons. MSU’s 3.63 goals per game is fourth in the Big Ten and eighth nationally. Daniel Russel leads them with 18 points on the season while Karson Dorwart leads in goals with 7. On goal, former Notre Dame goaltender Dylan St. Cyr has been terrific leading the Big Ten in save percentage at .934 and has a 2.13 goals-against average.

Minnesota will need to play their best to ensure they stay atop the conference at the end of the weekend. Friday’s matchup is at 5:30 and the game will air live on the Big Ten Network and stream on foxsports.com.

Gopher women’s hockey returns home after a split at the Henderson Hockey Classic this past weekend. Minnesota cruised to a 5-1 win over Penn State before losing to #5 Yale 4-3 in the championship game. Minnesota has now slipped back to No. 5 in the nation in this week’s rankings.

Minnesota has been losing several of its best players of late to injuries. Neli Laitinen hasn’t played in two weeks for the Gophers, and last weekend Minnesota lost fifth-year student Abagail Boreen for the entire series and Swedish freshman Josefin Bouveng for the Yale game.

Minnesota will be looking to “get healthy” against a Minnesota State team that has already swept once this season with a combined score of 20-4. But the Mavericks are 7-1 since that October weekend.

Friday’s match will take place at 6pm at Ridder Arena and will be broadcast live on BTN+.

The Gopher volleyball team opens the NCAA Tournament at 7 pm against SE Louisiana at the Pav. Minnesota is the No. 8 seed overall in the tournament and the No. 2 seed in the Texas region. A full preview of Minneapolis’ quadrant in the volleyball tournament is HERE. The game is scheduled to kick off at 7 p.m. and will air live on ESPN+.

Swimming and Diving—Minnesota Invite 10 AM

Another day of the Minnesota invitation takes place on Saturday with preliminaries starting at 10 a.m. and 12 other finals beginning at 6 p.m. Saturday night. On Friday, the event is broadcast live on NSPN.tv for a fee.

The Gophers and the Mavericks meet in game two of the home-and-home series and this one can be seen on live television. Fox9+ will broadcast the game between the two teams at 2 pm in Minnesota and will also air on BTN+.

Game 2 of the series between the Gophers and Spartans in East Lansing will take place at 5 pm and will once again air live on the Big Ten Network and on Foxsports.com.

Assuming the Gophers win on Friday, they will face Florida State or northern Iowa in the second round of the NCAA Tournament on Saturday night. The match will be Hugh McCutcheon’s last in Pav as coach of the Gopher volleyball team. The game is scheduled for 7 p.m. and will air live on ESPN+.

The Gopher women’s basketball team opens the Big Ten game Saturday night at The Barn against Penn State. Minnesota is 4-3 on the season with a late loss to Wake Forest earlier this week in its most recent game. Penn State is 7-1 with wins over Syracuse and Fresno State and its only loss to Virginia by more than 20 points, a team Minnesota lost to by just three.

Minnesota has been led by its outstanding freshman class, most notably Mara Braun. Braun has been electric for the Gophers and against Wake Forest on Wednesday she scored 27 points making her the fourth freshman since 2009-10 to score 27+ points, make 5+ 3FG, record 3+ steals and 1+ blocks against a Power. 5 opponent.

The game will kick off at 7:30 and will be broadcast live on the Big Ten Network or on foxsports.com

The Gophers will face their toughest test of the season when they head to Stillwater, Oklahoma for a matchup against the No. 5 ranked Oklahoma State Cowboys. The Cowboys’ lineup features a strong combination of veteran leadership and young talent. with all ten fighters ranked in the InterMat polls. Three-time NCAA finalist Daton Fix leads the way for Oklahoma State, along with fellow All-Americans Dustin Plott, Travis Wittlake and Wyatt Sheets. Oklahoma State heads into the contest with a 3-0 record on the season with a 25-point average margin of victory, defeating No. 22 Lehigh, Bucknell and Wyoming so far this year. The two teams met last fall with OSU going 23-10 in the Pav.

The highlights of Sunday’s matchup are a pair of top-10 meetings. 125-pound will feature a top-10 rubber match between No. 4 patrick mckee and No. 7 Trevor Mastrogiovanni, like the two-game split last season with McKee winning the most recent contest at the NCAA Championships with a major 9-1 decision.

Another top-10 matchup could come in at 157 pounds, as No. 2 brayton lee faces a potential matchup with top-ten foe Kaden Gfeller.

The Gopher Men open the Big Ten slate against a top 5 opponent at Purdue who awaits Minnesota in West Lafayette. Purdue rose to No. 5 in the most recent poll after a string of impressive neutral-site victories over West Virginia, Gonzaga and Duke. They sit at 7-0 on the season.

Council time is set for 4 pm and will be broadcast live on the Big Ten Network.