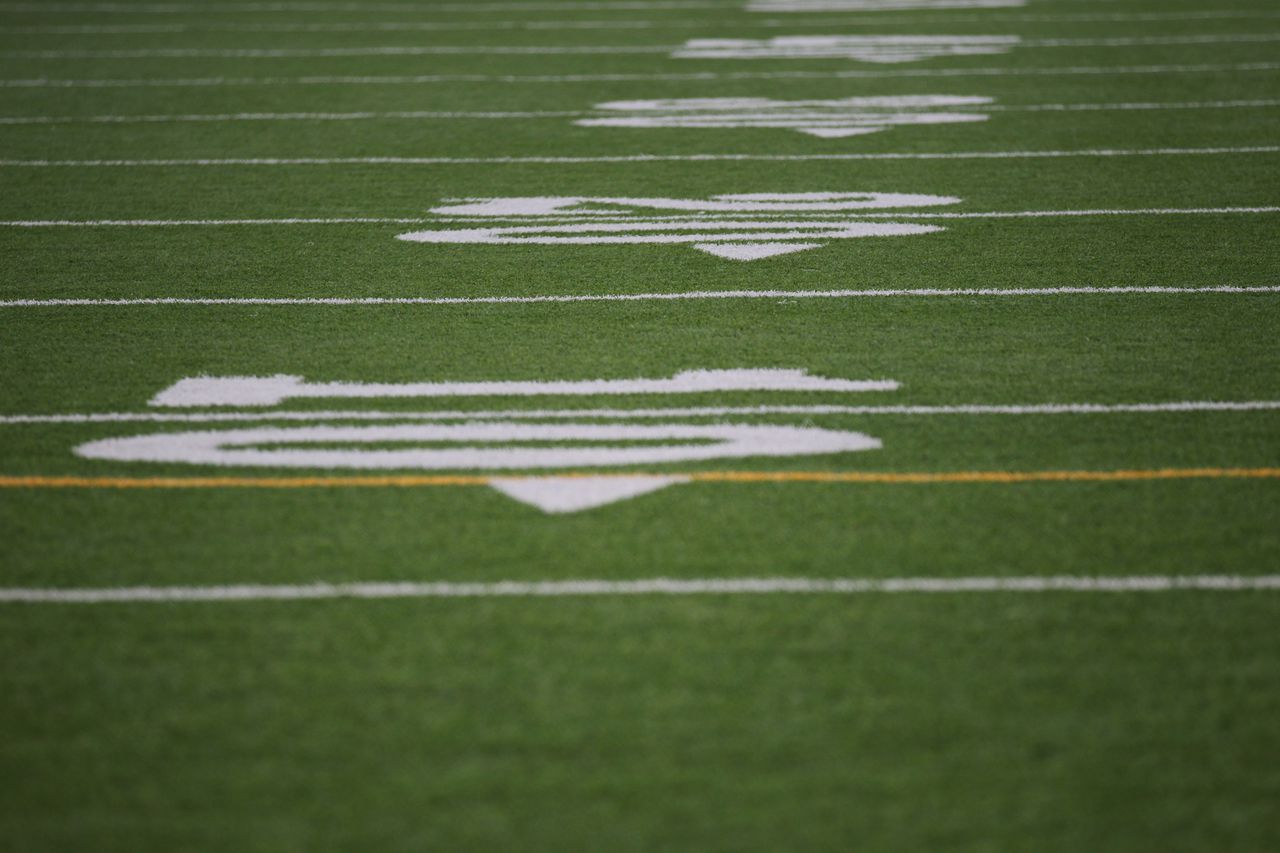 Another Friday night, another roster of exciting high school football action set in the great state of Michigan. Take a look at the big matchups, including some key conference games, in Week 5.

Many football games this season are broadcast live and are available on MHSAA.tv or by visiting NFHSnetwork.com. Games on NFHS can be accessed via subscription, costing $11.99 per month or $79.99 per year and can be purchased by clicking here.

DCC has played well since dropping its season opener at Chippewa Valley. After two impressive offensive performances against the likes of Davison and D3 runner-up DeWitt, the Shamrocks put on a dominant defensive effort to take down U of D Jesuit last Friday.

Brother also had a rough start to the season. After losing to tough teams in Macomb Dakota and East Kentwood in Weeks 1 and 2, the Warriors bounce back with a shutout win over Woodhaven, before opening league play with a wild 43-42 to get back to .500. .

Friday marks the 67th meeting between the longtime rivals, with Detroit Catholic Central holding a 35-30-1 record over brother Rice, including victory in seven straight meetings.

Speaking of Chippewa Valley, the Big Reds are hoping this is their year to take the MAC-Red crown. After scoring just 20 against DCC in Week 1, they’ve put up 30-plus points in each of their last three games, including a 41-28 win over Anchor Bay last week to start 2-0 in the conference.

Standing in their way is another team looking to return to the top of the conference. Dakota has been nearly perfect on both sides of the ball. The Cougars have averaged 33 points per game and allowed just 17 total points in their 4-0 start. They also have a win over Anchor Bay in MAC-Red action before beating Sterling Heights Stevenson, 38-3, last Friday.

Dakota has played at Chippewa Valley more times than any other school and has an all-time record of 22-13 against the Big Reds.

MLive’s No. 1 team in the state continues to stand above the rest with their dominant play through the first four weeks of the season. The Tigers are 3-0 in KLAA-East action and have outscored opponents 220-40 so far. That includes a 59-8 victory over Churchill in Week 3 and a 71-0 blowout of Wayne Memorial last Friday. Belleville has now won 15 straight games since its 2021 state championship season.

It’s been a rocky start for Fordson so far. After losing to a strong Brighton team in their season opener, the Tractors fell in their conference opener to Livonia-Stevenson, before earning a shutout victory over Memorial. However, they suffered a setback against John Glenn last Friday, sending their KLAA record to 1-2.

While they are definitely not the favorites going into Friday, Fordson has an all-time record of 25-16 against Belleville, including being the last team to beat the Tigers.

Rockford comes into Friday’s game fresh after blowing past Grand Haven last week as the Bucs had to lose due to low player count. Whether or not that will slow down the Rams’ offense remains to be seen, as Rockford has averaged 40 points on his first three forwards this season, including a shootout with Mona Shores in Week 2.

The Falcons are a fresh program and looking to prove they’re real in their first big test of the season. Despite losing to Muskegon in Week 1, East Kentwood came back with a victory over Brother Rice, before opening their conference schedule with wins over Grand Haven and Jenison, winning both games by a combined score of 58-0. The Falcons have already surpassed their win total for the past two years and hope to finish with a record over .500 for the first time since 2019.

This will be the 55th meeting between the two schools, with Rockford posting a 28-26 record over EK, with the Falcons’ last victory coming in the first round of the D1 playoffs three years ago.

West Bloomfield hopes to put together a team to make another conference run and the state title. Over the last three seasons, the Lakers have lost just three regular season games. This season, their offense has done most of the heavy lifting, while their defense has stepped up when needed. They are 4-0 to start their 2022 campaign, and 2-0 in OAA-Red action thanks to wins over Stoney Creek and rival Clarkston last Friday.

While Adams does have one loss on the season, it remains one of the toughest teams to play in the state. The Highlanders are 3-1 on the season and 1-1 in conference play thanks to a loss to Clarkston in their OAA opener. However, they responded with a big 42-21 victory over Lake Orion last week.

Adams has had West Bloomfield’s number over the years, winning 15 of their 24 outings. That includes last season, where the Highlanders beat the Lakers twice, including in their D1 regional final matchup.

Saline has quietly been one of the best teams in the state, with excellent talent in D1 recruit Dylan Mesman. They began the season 4-0, averaging over 35 points per game offensively while giving up less than 12 points per game. They are 3-0 in SEC-Red action, thanks to wins over Huron, Lincoln and Monroe.

Skyline was roughed up in its first three games of the season, even scoring just 15 points in its first two conference losses against Dexter and Monroe. However, they entered the win column last week, when they defeated the Ann Arbor Pioneer by a score of 70-2, marking their first win since in nearly two calendar years.

Saline has a huge advantage coming into Friday night, especially since they’ve won all 12 meetings against Skyline since 2010.

In the Lakes Valley Conference, South Lyon is back on its conference schedule after a big 42-21 over Country Day last Friday. The Lions have now won three straight since losing their season and conference opener to Walled Lake Western, scoring 30-plus points in each of their wins. Wins over Milford and Walled Lake Central have given South Lyon a 2-1 record in LVC action.

After starting the season with two hard-fought wins over Kettering and Walled Lake Central, Lakeland has taken a step back in the last two games. After getting hammered by Walled Lake Western two weeks ago, the Eagles fell to Mott, 33-23, on Friday, sending them to a 2-2 record.

Over the years, the Lions have had the Eagles’ numbers, as South Lyon has beaten Lakeland in 31 of their 40 matchups, and the Eagles haven’t won a game in the series since 2017.

Check out the latest high school sports stories on MLive.com