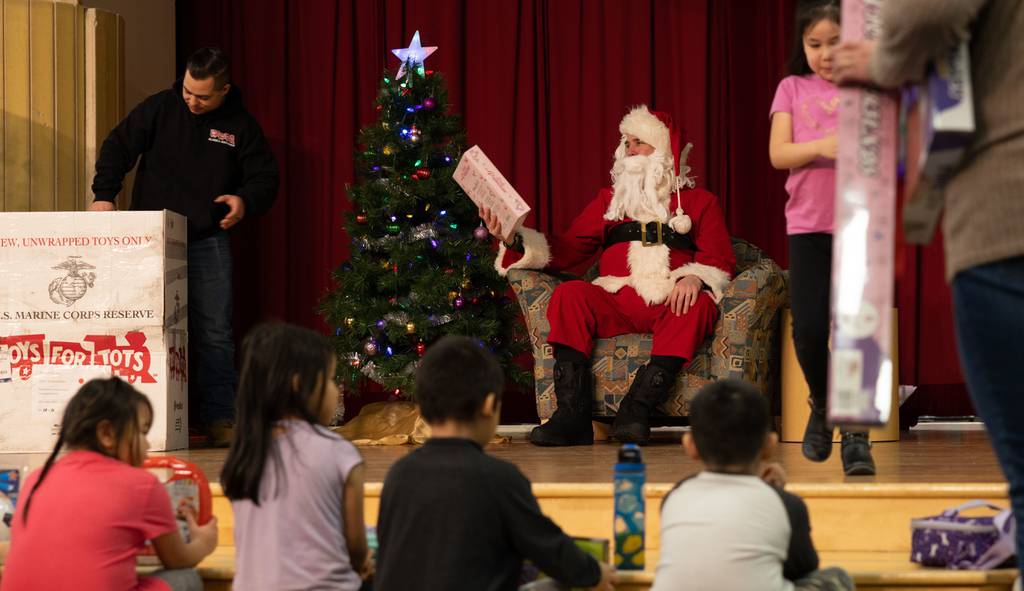 Once again for the holidays, Santa traded in his sleigh for a snowmobile to deliver toys to children in remote areas of Alaska, enlisting the help of some Marines.

Despite freezing temperatures and limited access to highways, elements of Marine Forces Reserve Detachment Delta Company, 4th Law Enforcement Battalion traveled north of the Arctic Circle to share the holiday spirit in support of the Toys for Tots program, a national initiative that provides gifts to children whose families cannot afford them.

“There’s nothing like listening to little kids,” he said in an interview with the Marine Corps Times. “You see the sparkle in their eyes and you see the excitement on their faces knowing that there are people who care about them, who are willing to give back to the community.”

To date, Toys for Tots has distributed 627 million toys since its founding, and 2022 marks the program’s 75th anniversary, according to its website.

However, the Marines’ Christmas mission in Alaska is quite unique compared to that of their fellow reservists across the country. While most other units will cover a city or two, service members in Alaska provide support to the entire state, including communities that need to come up with creative logistics solutions.

Based at Joint Base Elmendorf-Richardson in Anchorage, the Marines challenged a serious blizzard in early December to deliver gifts to local schools in areas like Kotzebue, Alaska, a city of about 3,000 about 550 miles northwest of Anchorage, and surrounding villages.

However, instead of flying reindeer, the Marines used planes and snowmobiles to reach some of the more distant villages. They also used a KC-130J Super Hercules aircraft to transport the snowmobiles to Kotzebue, according to the Marine Forces Reserve.

Sergeant Nicholas Baumbach, armory chief and Toys for Tots coordinator for Detachment Delta Company, said in an interview with Marine Corps Times that Marines this year were able to provide about 2,200 toys to children in Kotzebue and surrounding villages, in addition to about 20 000 gifts to those in the Anchorage area.

The children received books, train sets, remote control helicopters and more, he said. Last year, Marines distributed a total of 33,495 toys to 31,395 children in Alaska, according to the Toys for Tots website.

Accomplishing this mission, the Marines shared, would not be possible without the help of business partners who helped drop off the toys in Alaska and local community leaders who knew how to get to remote villages quickly and safely.

Brad Reich, the mayor of Kiana, Alaska, another small town east of Kotzebue, has long supported the Marines on such trips.

“It’s a real blessing to have this program because there are a lot of unfortunate kids out there, but it’s also really good cold-weather training for the Marines,” he said.

Jonathan is a writer and editor of the Military Times Early Bird Brief newsletter. Follow him on Twitter @lehrfeld_media