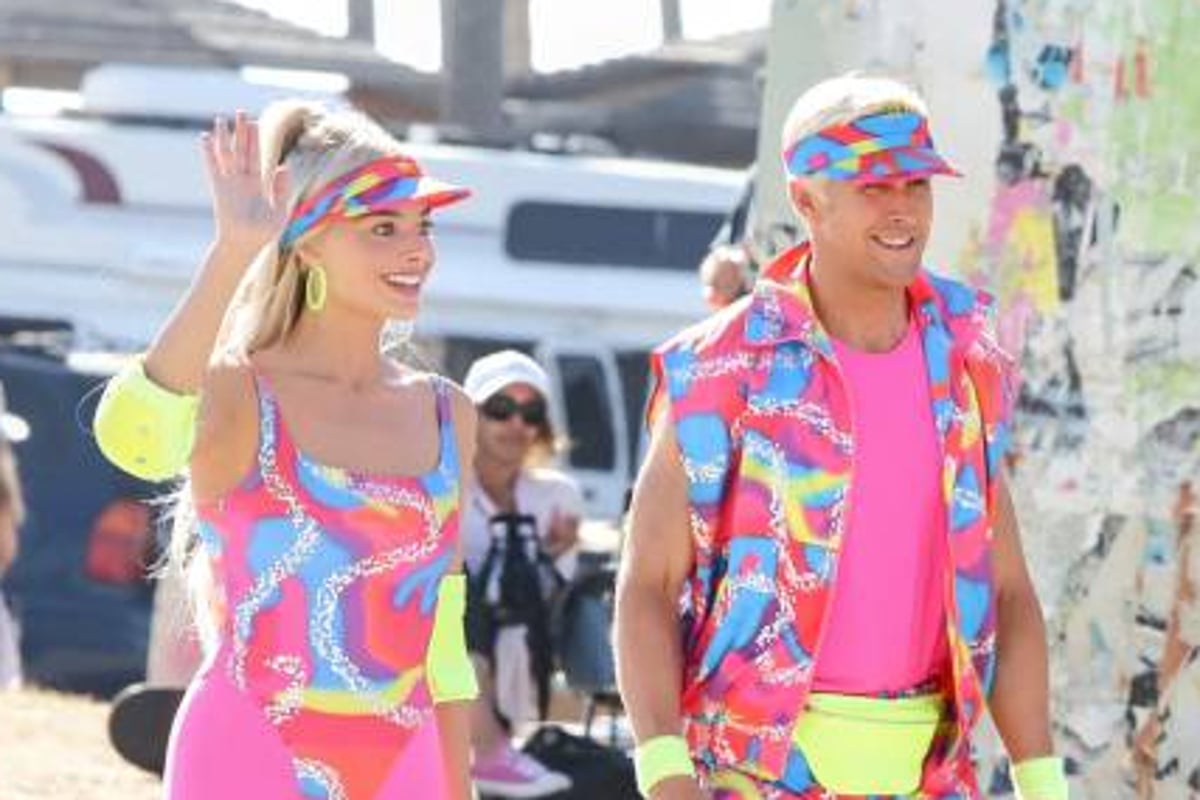 Margot Robbie stars as Barbie in Greta Gerwig’s next adventure alongside Ryan Gosling, Emma Mackey and Will Ferrell

The Australian actress, 32, spoke about the viral images during an appearance on The Tonight Show with Jimmy Fallon, while promoting another of her films, the comedic thriller Amsterdam.

Paparazzi photos of Margot and Ryan in sparkly ’80s-inspired roller-skating outfits while filming the first live-action movie in the Barbie franchise in Los Angeles have been released.

The pair play the lead characters, Barbie and Ken, alongside an all-star cast that includes Will Ferrell, Emma Mackey, Nicola Coughlan and America Ferrera.

However, unlike Barbie who lives in her own world, according to Margot, filming in public was the “most humiliating” moment.

Margot said: “I can’t tell you how mortified we were… We seem to be laughing, having fun, but dying inside. I was like ‘this is the most humiliating moment of my life’.

Although they seemed to be laughing, Margot Robbie revealed how ‘mortified’ she was filming Barbie in public (Photo: Getty)

“I knew that once you’re doing exteriors [in LA]you’re going to be photographed, we stood out a little bit in those outfits, so I knew we were going to draw a little bit of attention, and probably some photos would come out, but not like they did.”

Margot went on to say that around 100 people gathered to watch Hollywood actors skate the Los Angeles boardwalks for Greta Gerwig’s latest film, which is set to be released in July 2023.

Greta Gerwig has been nominated for three Oscars, including her work on Little Women and Lady Bird, and continues to put women at the forefront of movies and storylines by bringing Mattel’s plastic doll to life.

The Harley Quinn actress was officially cast as Barbie in 2019, but was in talks with the lead director from 2017 about the role.

Margot told Harper’s Bazaar, “I didn’t want to pick up another script where I was the wife or the girlfriend, just a catalyst for the male story. It was uninspiring.”

However, according to the synopsis and casting announcements, Margot isn’t the only Barbie cast in the film, as Sex Education’s Emma Mackey and three other actresses will play Mattel’s bright blonde doll. Similarly, Ken will also be played by Marvel’s Simu Liu in addition to Gosling.

The Shang-Chi actor told The Independent that in preparation for the role, he shaved his entire body to embody the figure.

He said: “Waxing has been an education, to say the least, [it is] one of the most painful experiences of my life. I have a newfound admiration for the incredibly brave women who go through this every month.”