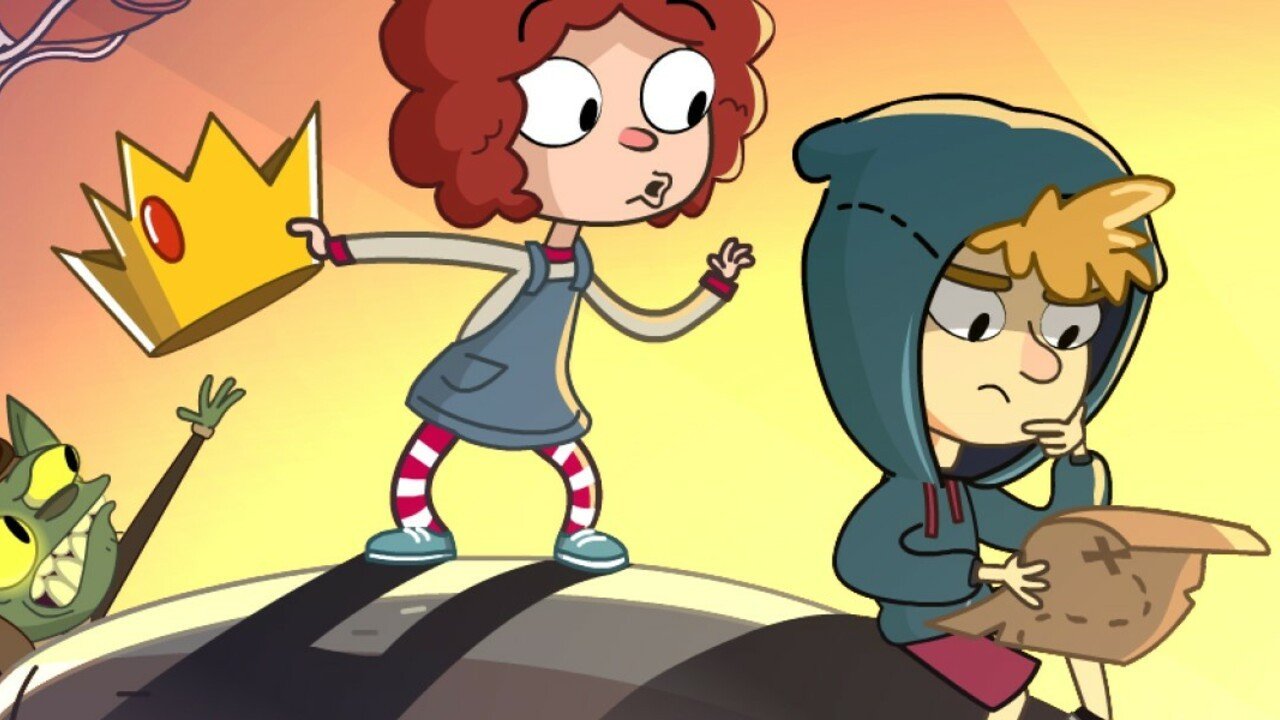 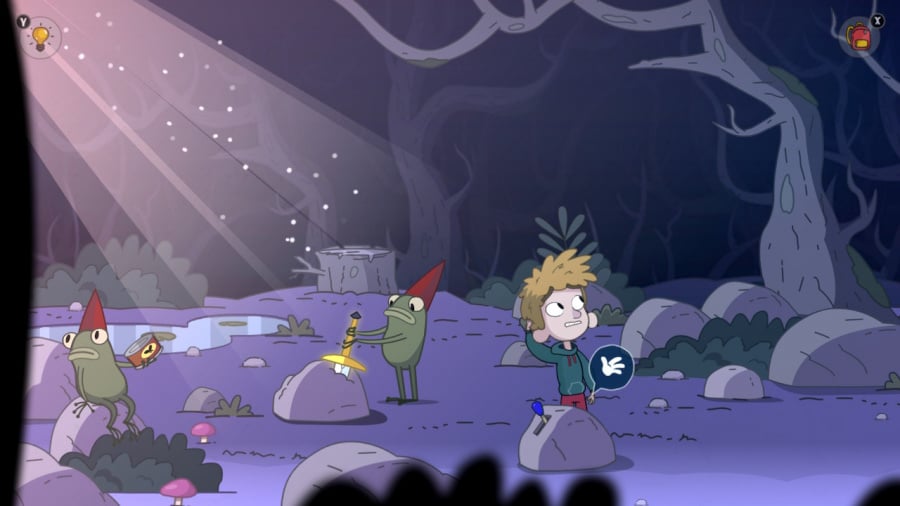 Graphic adventures don’t seem to solve themselves. Most new games seem to have to start with first principles and decide on their own verbs, loops, control scheme, puzzle types, difficulty, hint system… and there seem to be more misses than hits. Which makes it all the more impressive that developer Happy Juice Games has created something that is consistent, original, and a delight from start to finish.

Lost in Play, the first solo game from the Tel Aviv-based studio, has many of the hallmarks of point-and-click adventures from the golden age: a cartoon style, humorously animated protagonists, puzzles based on in elements and 2D that arouses curiosity. scenes that serve as a play space and reward for clearing the previous area. However, it also gets rid of many of the classic bugs: pixel search is impossible because you’re moving a character, not a cursor; not using words in the game makes the hint system useful but not too transparent; there is very little backtracking because the environments are kept small and the time in them is short; and the logic of crazy dreams is completely justified because you are playing with the imagination of children.

These aren’t necessarily new inventions, but they come together very cleverly, making for a great player experience that avoids common minor irritations. If you’ve ever played a game where a character can’t reach something and you just think, “Well, just stretch!”, Lost in Play listens to you: the improvised ladder is only barely tall enough, and kids stand on tiptoe to reach what you want. When you go through four screens of an open spread, there are only two screens on the way back – Lost in Play just won’t let you get bored.

There are constant updates in all aspects of the game. Puzzles aren’t just the same idea that comes over and over again in new clothes; the item and environment based puzzles increase in complexity, at one point reaching a hilarious mix of adventure game dependency chart and heist movie planning montage. In addition to those basic puzzles of the outside world, there are periodic breaks into separate little games: a board game against a seagull; a monster escape logic test; a physics-based skill challenge. Since you’re using a controller, there are short button-based activities, like piloting a vehicle or pumping a power gauge. The difficulty curve is impressively smooth, and while the wordless gameplay and fun animations are very kid-friendly, the trickier mini-games will have adults scratching their heads.

The sound design is excellent from the moment the game loads in an irresistibly fun finger click. a cappella and throughout the endearing gibberish said by everyone in the game, which is well acted despite being silly. The variety of art and animation seems endless, with almost every action having a detailed and playful special sequence in a way that adventure games from the golden age could never have done.

During its roughly five hours, Lost in Play hardly misses a beat, providing brain games and fizzing entertainment. In doing so, it makes many of the genre’s design challenges look easy. We hope it will inspire and influence future graphic adventures, or at least have a sequel.