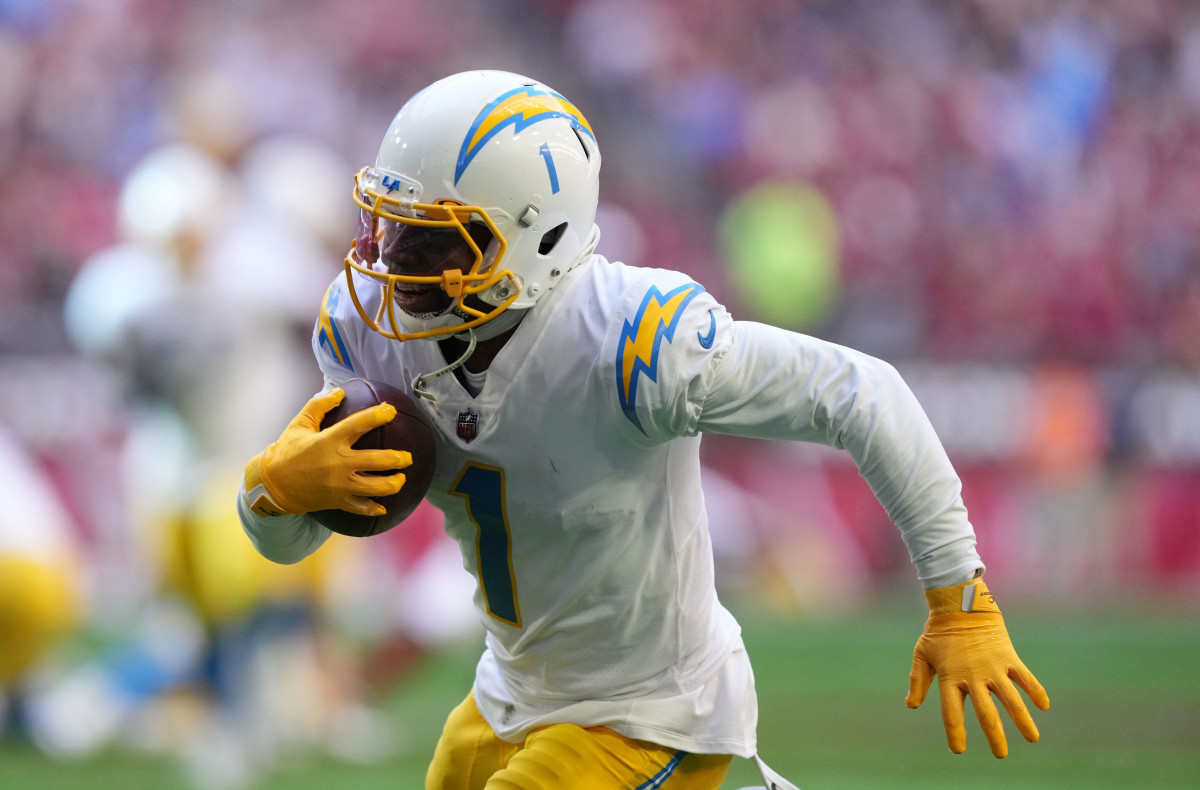 It took the Chargers every ounce of energy to defeat the Cardinals 25-24 on Sunday afternoon in Week 12. But in the NFL, you don’t get style points the way you win. It’s simply a win or lose league, and the Chargers ultimately pulled off a win to improve to a 6-5 record.

There were a lot of factors at play that allowed the Chargers a chance to come out on top. Quarterback Justin Herbert completed 35 of 47 passes for 274 yards and three touchdowns. Derwin James was responsible for two takeaways, forcing a fumble and intercepting a Kyler Murray pass intended for DeAndre Hopkins on fourth-and-one.

Carter, hired last offseason as a return specialist on a one-year, $1.1 million deal, has outgrown those earlier notions.

As the Chargers’ wide receiving group has been decimated by injuries for much of this season, Carter has taken on a larger pass-catching role than first thought to begin the season.

Keenan Allen has missed seven games, Mike Williams has missed three games, and Joshua Palmer has missed one game. With several wide receivers having been sidelined with injuries, Carter has offered a reliable option to Justin Herbert, playing in all 11 games.

Against Arizona in Week 12, Carter produced a career-high seven receptions and 73 yards, and found the end zone once in the first half.

“I’m just thankful that Coach [Brandon] staley and coach [Joe] Lombardi gave me the opportunity to be there to help contribute to the offense,” Carter said of his increasing role in the offense. “When I can, I try to take opportunities when they come my way. when justin [Herbert] he’s looking for me, I make sure I try to make those plays.”

Carter’s biggest play of Sunday’s game came with a 33-yard touchdown run. Before the snap, Carter was sent moving right to left and broke free down the left sideline where Herbert hit him for the scoring play to take the lead late in the second quarter.

“He has been an invaluable player for us. He’s just a true example of a professional,” Staley said of Carter. “He’s an example of who we want to try to build this football team with because he does a lot of things for us. He plays many different positions. He’s just made a lot of winning plays for us all season and he’s been there for us at the crunch time. He has earned the trust of Justin and our offensive coaches in every way.”

Carter is on pace to finish the season near the 700-yard receiving mark, which would break his previous career-high of 296 yards. And while his presence has felt as a pass catcher, Carter has remained the team’s punt and kick returner, controlling things in the back of the special teams unit.

When Sunday’s game reached the two-minute mark in the fourth quarter, the Chargers would have one last chance to orchestrate a miracle come-from-behind victory. They did just that, following up on Carter’s punt return that put the offense in positive territory.

Cardinals punter Andy Lee punted the ball 50 yards, but Carter pulled off a pivotal return, gaining 20 yards before being tackled at the Arizona 43-yard line.

“I think they’re seeing that he’s had an outstanding punt return year for us,” Staley said. “You can see his experience and his playmaking ability express itself in that phase for us. As you saw yesterday with that 20-yard return, it was really big for us.”

Carter’s 10.9 punt return average would set a career high and he ranks ninth in the NFL among returns with at least 10 attempts.

Read more of the Charger Report: