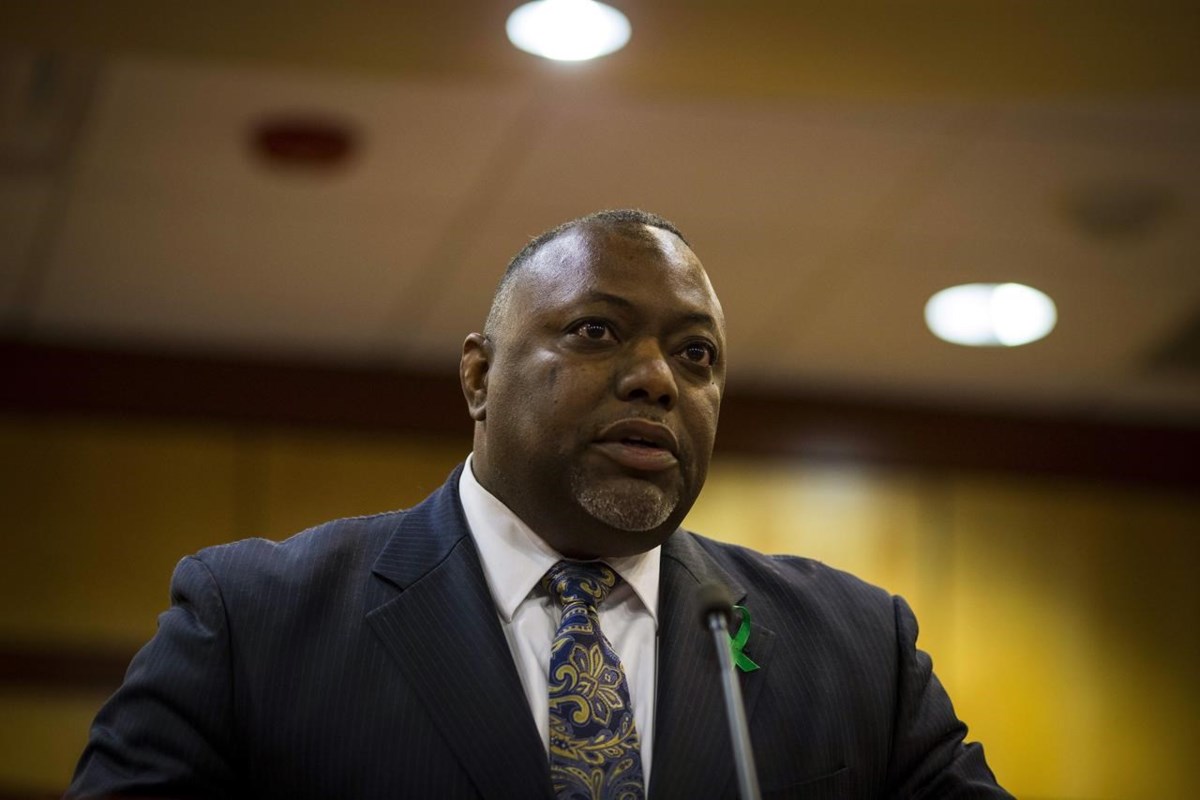 NEWPORT NEWS, Va. (AP) — Concerned staff warned administrators at a Virginia elementary school three times that a 6-year-old boy had a gun and was threatening other students in the hours before shooting and wounding students. a teacher, but the administration “was paralyzed with apathy” and did not call the police, remove the boy from class or close the school, the lawyer for the injured teacher said Wednesday.

Later that day, the school board voted to fire school district superintendent George Parker III as part of a severance agreement that will pay Parker just over $502,000 in severance, two years of his current base salary of $251,000. Parker has been heavily criticized by parents and teachers since the January 6 shooting.

Diane Toscano, an attorney for Abigail Zwerner, said during a news conference that she notified the school board in Newport News that the 25-year-old Richneck Elementary School teacher plans to sue the school district over the shooting, which left Zwerner with serious injuries. .

“That day, over the course of a few hours, three different times, three times, concerned teachers and employees warned the school administration that the boy had a weapon at school and was threatening people. But the administration couldn’t be bothered,” Toscano said.

She said Zwerner first went to an administrator around 11:15 a.m. the day of the shooting and said the boy had threatened to hit another boy, but no action was taken.

About an hour later, another teacher went to an administrator and told him she had searched the boy’s backpack, but noted that she thought the boy had put the gun in his pocket before going out for recess, Toscano said.

“The administrator downplayed the teacher’s report and the possibility of a weapon, saying, and I quote, ‘Well, it has little pockets,’” Toscano said.

Shortly after 1:00 p.m., another teacher told an administrator that another student who was “crying and afraid” said the boy showed him the gun during recess and threatened to shoot him if he told anyone. Once again, he took no action, he said.

When another employee who had heard the boy might have a weapon asked an administrator to search the boy, he was turned away, Toscano said.

“They told him to wait for the situation to end because the school day was almost over,” he said.

About an hour later, “Abby Zwerner was shot in front of these horrified children, and the school and the community are living through the nightmare, all because the school administration failed to act,” Toscano said.

“If they weren’t so paralyzed with apathy, they could have prevented this tragedy,” he said.

“Since the school division’s investigation is ongoing, I am unable to comment on the statements presented by Ms. Zwerner’s attorney at this time,” Price wrote in an email.

The shooting raised questions about school safety and shocked Newport News, a city of about 185,000 people about 70 miles (113 kilometers) southeast of Richmond.

Parker’s departure had been expected since a school board agenda was released Tuesday showing the panel was set to vote on his separation package. The severance and severance agreement says the board has decided to “terminate the contract and employment of the Superintendent.”

The board voted 5-1 in favor of the agreement after several members praised Parker’s previous performance as superintendent.

Board member Gary Hunter went on to defend Parker at length as some audience members sighed and told him to “move on”. Hunter said he thought he was unfairly blaming Parker for the shooting and said the real problem is the lack of “common sense gun laws.”

“Getting rid of someone is not going to fix this particular problem,” Hunter said.

As part of the agreement, board chairwoman Lisa Surles-Law read a statement in which the board said the decision to fire Parker was made “without cause” and that Parker “is a capable division leader” who has served the school district for nearly five years. years “through some extremely challenging circumstances.”

Parker has said that at least one administrator was told on the day of the shooting that the boy might have a weapon, but no weapon was found when his backpack was searched. Police have said that school officials did not tell them that information before the shooting, which occurred hours later.

“This is just another example of administrators not listening to teacher concerns, and the only reason we’re talking about this is because Abby Zwerner was shot,” Connell said.

Police Chief Steve Drew has repeatedly characterized the shooting as “intentional,” saying the boy took aim at Zwerner and fired a round, hitting her in the hand and chest. Zwerner was hospitalized for nearly two weeks but is now recovering at home, Toscano said.

“The road to full recovery will be long…and the psychological scars will be long lasting,” Toscano said.

The boy’s mother legally purchased the gun used in the shooting, police said. The boy’s family said in a statement last week that the gun was “secured.” The family’s attorney, James Ellenson, told The Associated Press that he understood the gun was in the woman’s closet on a shelf more than 6 feet (1.8 meters) high and had a trigger lock that required a key.

The family also said in their statement that the child has an “acute disability” and was under a care plan “that included his mother or father attending school with him and accompanying him to class every day.” The week of the shooting was the first week a parent was not in class with him, the family said.

James Ellenson, attorney for the boy’s family, issued a statement Wednesday saying they “continue to pray for Ms. Zwerner and wish her a full and complete recovery.”

“Our hearts go out to everyone involved,” Ellenson said.

The school, which has been closed since the shooting, is scheduled to reopen next week. Karen Lynch, a longtime principal in the Newport News school district, has been named an “administrator on special assignment” at Richneck, Lynch said in a note to parents Monday.

Prior to reopening, administrators and teachers held an open house at the school on Wednesday for students and their families to visit with staff and participate in activities. Signs along the sidewalks in front of the school offered reassuring messages to students: “You’ve got this,” “We’re praying for you,” and “You’re loved.”

For more coverage of the shooting: https://apnews.com/hub/newport-news