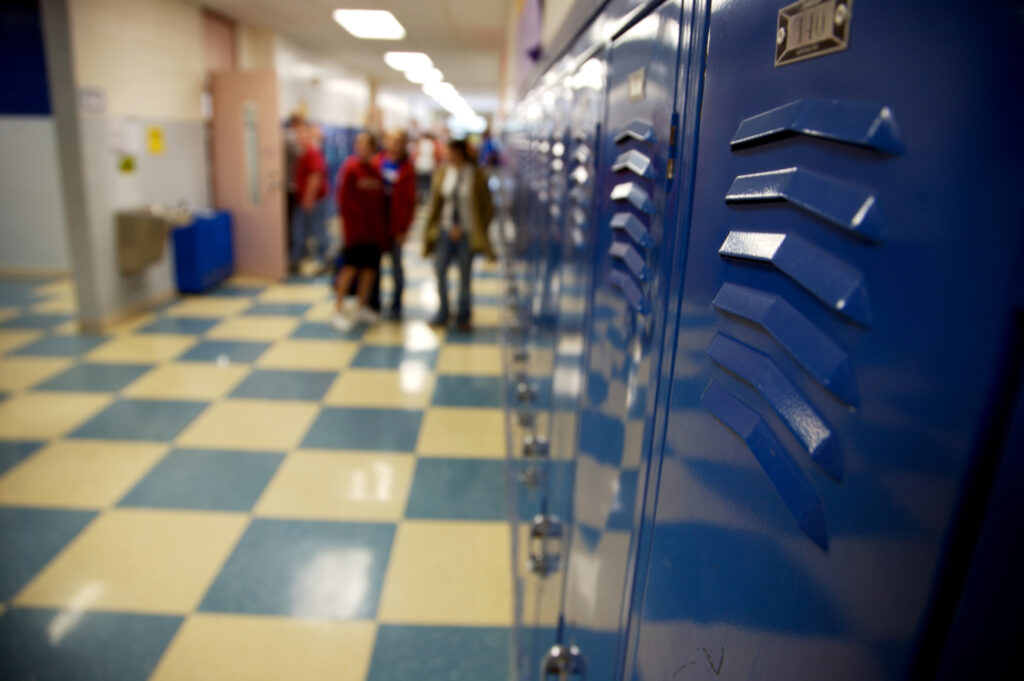 The question is resurfacing, but this time in a lawsuit: Can families enrolled in a state-funded matching program use their allowance to pay for tuition at private schools? Last June, the Alaska Department of Education and Early Development didn’t know the answer, so they asked the state attorney general’s office, which offered an answer that drew some lines but left room for interpretation. Now, some Alaskan families are suing the state in hopes of getting a definitive answer.

“It’s a constitutional issue,” said Tom Klaameyer, president of NEA-Alaska, which is financially supporting the lawsuit.

Article VII, Section 1, of the Alaska Constitution states: “No money shall be paid out of public funds for the direct benefit of any religious or private educational institution.”

The complaint was filed Tuesday in Anchorage Superior Court against Alaska Department of Education and Early Development Acting Commissioner Heidi Teshner. All four plaintiffs are parents or teachers from Anchorage, Craig and Fairbanks.

The lawsuit challenges Alaska Statute 14.03.310, which allows families to purchase nonsectarian services and materials from a public, private, or religious organization with what’s known as a mail-order student allowance.

The complaint said that the statute “is being used to reimburse parents for thousands of dollars in services from private educational institutions using public funds, thereby indirectly funding private education in violation … of the Alaska Constitution.”

The state funds correspondence program students at 90% of $5,930, the base amount the state pays per student. Correspondence programs may offer a student allocation of funds, which can be spent on the student’s educational needs, such as books, classes, school supplies, technology support, tutoring, music, or activity lessons. Assignment rates vary from program to program.

Last June, Beacon found at least one Alaska correspondence program that has been reimbursing families for non-religious private school classes for more than three years, and another that planned to start doing so this current school year. The schools cited that the statute allows the practice.

The statute’s language was originally part of Senate Bill 100, which then-Sen. Mike Dunleavy sponsored in 2013. That same year, Dunleavy also sponsored Senate Joint Resolution 9, which was intended to amend the constitution by removing the line: “No money shall be paid out of public funds for the direct benefit of any religious or other educational institution private”. .”

“[Dunleavy] explained at meetings of the Senate Education Committee that constitutional language was required to be amended so that parents could enroll their children in private school courses,” the complaint states.

“This statute runs afoul of our constitution in a really substantive way that can’t really be mitigated,” said Scott Kendall, an attorney with the Anchorage law firm of Cashion Gilmore & Lindemuth, who is representing the plaintiffs in the lawsuit.

The lawsuit asked the court to declare the statute unconstitutional and to bar any current or future use of public funds to reimburse payments to private educational institutions pursuant to the statute.

“Our position is that the statute should drop, but at the end of the day, what is needed is clarity,” Kendall said.

How widespread is the practice?

It’s unclear how widespread the practice is of correspondence schools reimbursing families for private school tuition. The state education department did not respond to questions on the matter.

Kendall doesn’t know: “As part of this litigation, we hope to know what the scope of the problem is. But I think it cannot be denied that it is growing and promoting itself. It is being promoted by schools.”

Anchorage Christian Schools, which has a mission to “develop Christ-centered world changers,” encourages families to offset the rising costs of private education by enrolling in a state-funded correspondence program.

Anchorage Christian Schools Vice President of Education Calvin Hoffman said in a recent YouTube video that “the baseline tuition rate will increase by 5% for the 2023-2024 academic year.” The private school’s website lists the 2023-2024 tuition rates for kindergarten through fifth grade at $8,395 and for sixth through 12th grade at $9,275.

“If you enroll in one of the approved correspondence programs (Family Partnership, Mat-Su Central, Denali Peak or Raven), you will be eligible to receive reimbursement from your correspondence program for courses” taken at Anchorage Christian, Hoffman said in the video. “This opportunity could help reduce out-of-pocket costs for you by nearly 50%.”

Their website offers the same information under the heading “tuition assistance.” No one at Anchorage Christian Schools immediately responded to an interview request.

Kenai Classical, another private school, promotes the same thing on its website’s registration page. If a family pays for itself, the 2022-2023 tuition is $8,800. If a family jointly enrolls in the Alaska Connections or Interior Distance Education of Alaska (IDEA) matching programs, tuition could drop to around $6,200, according to their website. The website says, “Connections or IDEA assignments can be used for math, language arts, and electives.”

The Beacon contacted four different state correspondence programs listed by the two private schools — Connections, Denali PEAK, IDEA, and Raven — to inquire about allocations earmarked for private school classes. None of the schools returned the information requests, except for IDEA. An employee said the school could not comment at this time.

opinion of the attorney general

Last July, Assistant Attorney General Cori Mills offered a written opinion on the matter. Attorney General Treg Taylor had previously recused himself from the legal review. Taylor’s wife, Jodi Taylor, is a leading supporter of the concept and wrote publicly last May about her plan to seek reimbursement of up to $8,000 of public funds for her two children who attend an Anchorage private school. .

Mills’ opinion said that public money can be spent for homeschooling students to attend one or two classes at a private school, but cannot be used for the bulk of a private school’s tuition. student.

The 19-page opinion said it is sometimes legal to use public funds for classes at private schools through the state’s correspondence allocation program.

“But the more it seems like you’re just trying to send your kid to a private school and receive subsidies from the state, I think that’s when you start to get into unconstitutional territory,” Mills said at the time.

To help formulate the opinion, Mills had consulted the minutes of the Alaska constitutional convention to see what the framers of the constitution said.

Kendall said she did not find Mills’ opinion constructive.

“That opinion, whether you agree or not, seemed to indicate that there is a gray area a mile wide,” he said.

In response to the lawsuit filed Tuesday, Mills said she continues to be proud of the work the Law Department did to deliver the opinion she wrote.

“We continue to believe that the opinion landed in the right place, taking into account the nuance that the constitutional delegates intended. As is the duty of the department, we will defend the statute in court, and our position remains that the statute is, on its face, constitutional,” he said in an email Tuesday.