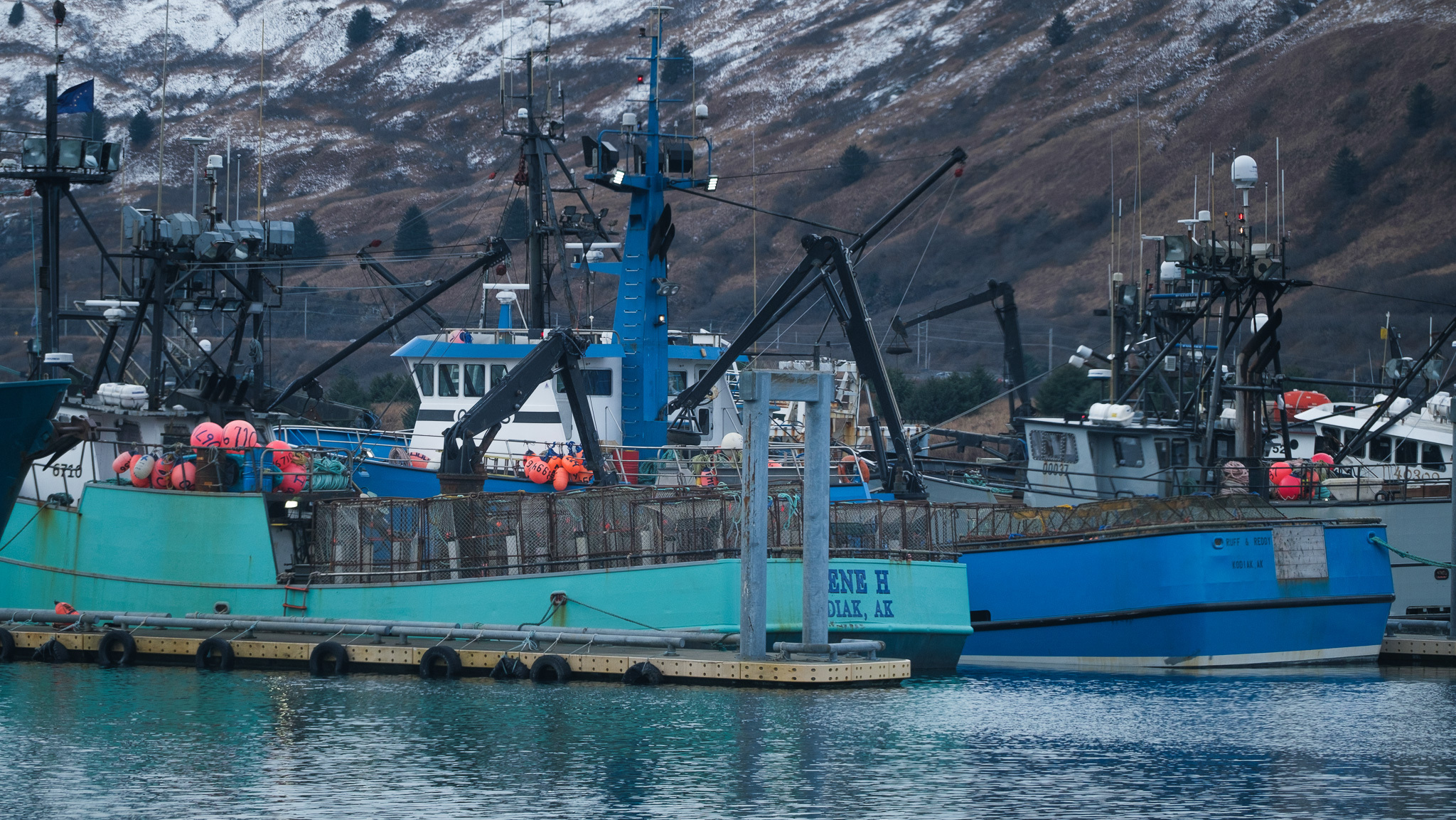 Kodiak crabbers have yet to reach an agreement with the island’s canneries on prices for this year’s crop. And this weekend, the fleet voted again to continue its week-long suspension, with no plans to meet again until they get a better offer from processors.

The Kodiak fleet rejected local processors’ offer of $3.25 a pound for Tanner crab on Friday. Canneries had initially offered $2.50 per pound before the season. And on Sunday night, crabbers voted to pause the season entirely until they get a price from the canneries they think is fair.

“We all thought we were going to fish, but we all understand why we’re not fishing,” said Kevin Abena, secretary and treasurer of the Kodiak Crab Alliance Cooperative, which represents permit holders in the fishery. “So, we’re just waiting.”

However, crabbers from Chignik and the Southern Peninsula have started fishing. That fleet is about half the size of Kodiak’s Tanner fleet, with 65 registered vessels. They struck a deal with Peter Pan in King Cove for $3.25 a pound, plus profit sharing, which increases the final payment to the fishermen based on the crab’s wholesale price.

But that’s a sticking point for crabbers on Kodiak. Local canneries have offered them no profit sharing or more than $3.25 a pound, and they say the flat rate is still not enough to go fishing.

About 130 boats are registered for Kodiak’s Tanner crab fishery, which also has the bulk of this year’s crop. Harvest levels this year for the Kodiak fishery are the highest since 1986 at 5.8 million pounds. That’s more than five times the size of last year’s quota. Harvest levels for Chignik and the southern peninsula are 1.5 million pounds of tanners combined.

Abena said the Kodiak fleet has stuck together in its determination to hold out for a better price.

“Honestly, across the country in the fishing industry it’s very hard to hold something like this together,” he said. “I think it only happens when you start with such a low starting price from the processors, and in our situation from four separate processors.”

Kodiak processors have not commented on the ongoing price dispute.

Abena and her crew and other members of the fleet have begun preparing for other fishing seasons that have already started or will start soon. He says some will head for the cod season, which started earlier in the year. But the Tanners are still the top priority.

“They’re 100% in the mindset that as soon as they find out we’re going to decide something, they’re going to stack up their gear, bring it back to town and put the other pots on and go crabbing for Tanner,” Abena said. .

Kodiak’s Tanner crab fishery closes at the end of March; meanwhile, Abena said the crabs are not going anywhere before then.