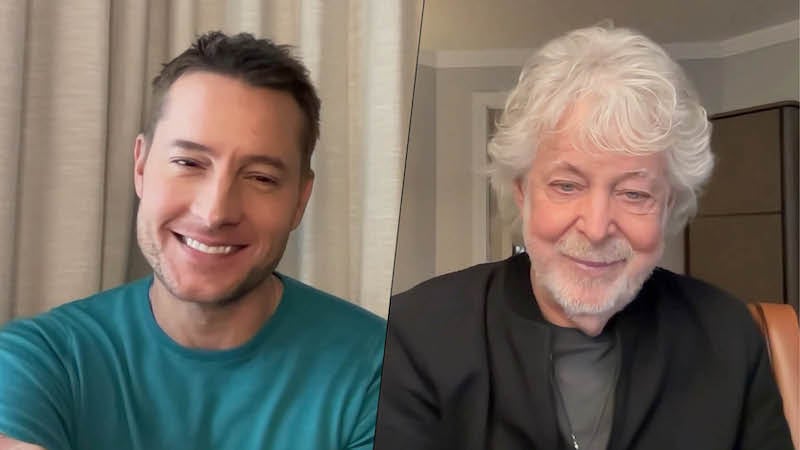 ComingSoon Editor-in-Chief Tyler Treese spoke with actor Justin Hartley and director Charles Shyer about noel’s diary. The two talked about Christmas movies and the original novel on which the movie is based. noel’s diary is now available to stream via Netflix.

“When a best-selling author returns home for Christmas to settle his mother’s estate, he finds a journal containing secrets from the past,” reads the film’s synopsis.

Tyler Treese: Justin, there is such a rich history when it comes to Christmas movies and Netflix does a great job of putting out a few funny ones every year. So what was the most exciting thing about being a part of this cinematic tradition with The Noel Diary?

Justin Harley: For me, it was the actors involved: Charles, and then also the script. I thought the script was really great and I thought the character had a hard place to get to and a great journey from start to finish. For those reasons, it was an easy decision for me. Those are all the things you’re looking for, or at least all the things I’m looking for. He checked all the boxes. So for me, I can’t wait. Let’s do it.

Charles, the book was very successful. What really stood out about that original novel that made you want to adapt it, write the screenplay, and then direct it?

Carlos Shyer: To be honest with you, I didn’t really read the novel cover to cover. There was a script that someone else had written based on the novel that I read, and I thought, “I know how to make this the kind of movie I want to make.” So I didn’t feel like it was necessary to go back. I knew the novel was successful, but it was a very serious approach. I flipped through it, but I didn’t go page by page. So I figured out how to make it my own, and I told Netflix what I would do with it, I had a lot of ideas and they accepted it.

Tyler Treese: Justin, you know, this story runs the gamut emotionally. Your character is dealing with grief, forgiveness, and openness. You talked about the script that really got you. What did you find most interesting about Jake’s journey here?

Justin Harley: I really loved, when I read it, the idea that… when I take a job and feel intimidated by the journey the character goes on, that’s when I feel motivated. I get dizzy and anxious to play the part. When you feel like “that’s a lot, this is a really well written character, really great script and I look forward to delivering,” that’s when the juices start to flow. He is almost like an athlete. You almost want that challenge, and this movie absolutely had it. So I love the fact that he’s going on this journey, for a number of reasons, actually, and it’s hard. Is not easy. It’s hard and he may not get what he wants. That, for me, was what sealed the deal.

Charles, there’s a great scene in the movie that introduces How Beautiful It Is to Live. Is that your favorite Christmas movie?

Carlos Shyer: Yes, I would say it is. That’s the scene we came up with that wasn’t in the book or the other script. I wanted to pay homage to that film, to [ director Frank] Capra. I like the idea that they were the only ones left watching the movie at the end with the dog. I just like the whole concept. It was a tribute to Capra, really. That’s what she wanted to do. And that Barrett (Doss) says it’s the best movie he’s ever seen. I love that