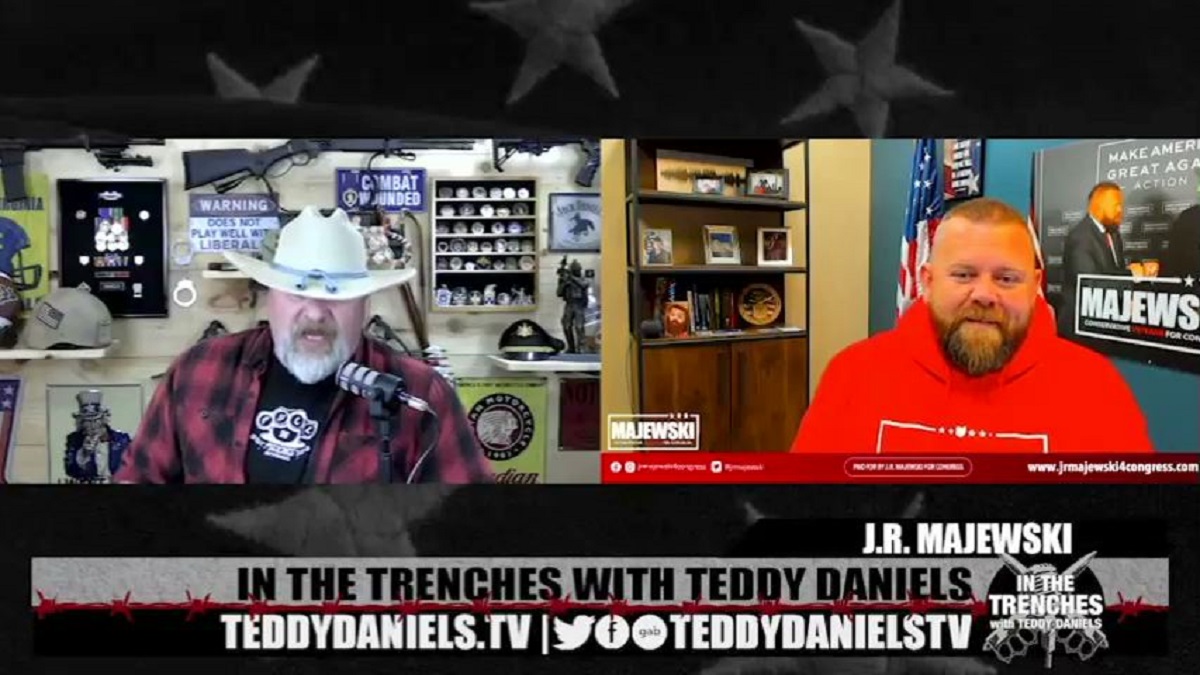 As part of his media strategy in response to reports that he misrepresented his military service, Republican congressional candidate from Ohio, JR Majewski, appeared on the show of rebel Teddy Daniels on January 6 and laughed and thanked the host after Daniels calling me “homo”. Before the interview, Daniels mocked me for being Asian and attacked reporters covering the story as “gay writers.”

The Associated Press published a September 21 investigative report that found “Majewski portrays himself as an Air Force combat veteran who deployed to Afghanistan after the 9/11 terrorist attacks,” but the documents Military figures obtained by the AP “indicate that Majewski never deployed to Afghanistan, but instead completed a six-month stint helping load planes at an air base in Qatar, a longtime US ally that is a safe distance from the fighting. ”.

After the AP published his article, Media Matters reviewed its archives of Majewski’s media appearances and found six instances in which he claimed to have been sent to Afghanistan. (AP also wrote about a seventh appearance in his article.)

Following the disclosure, Axios reported that “the Republican National Congressional Committee withdrew about $1 million in ad bookings for the district, according to a Republican source familiar with its strategy, nearly handing the seat to Democratic Rep. Marcy Kaptur.”

Majewski has recently responded by appearing in right-wing media outlets, including Newsmax and In the trenches with Teddy Daniels, which is a streaming program. daniels is a More to the right Republican who ran unsuccessfully for lieutenant governor of Pennsylvania and was the preferred running mate of Republican gubernatorial candidate Doug Mastriano. He is a combat veteran from Afghanistan who, according to Rolling Stone magazine, was “caught committing ‘improper conduct’ in one police department and suspended in another.” The post added that “her personal history of him includes allegations of domestic abuse.”

Like Majewski, Daniels is a January 6 insurrectionist; he has claimed that “Capitol Police and Metropolitan Police officers were not ‘real street cops’ because they got emotional telling their stories.”

Before the interview with Majewski, Daniels said, “It’s funny how The Associated Press, Rolling Stone, Media Matters and all the other shit rags that only blue-haired gays read all publish the same article on the same day. No, that is not coordinated at all.” (I didn’t know about the AP article or report ahead of time.)

He added: “Republicans, veterans, Trump people, all the things that these gay writers in the liberal media hate, hate. They hate me. They hate you.