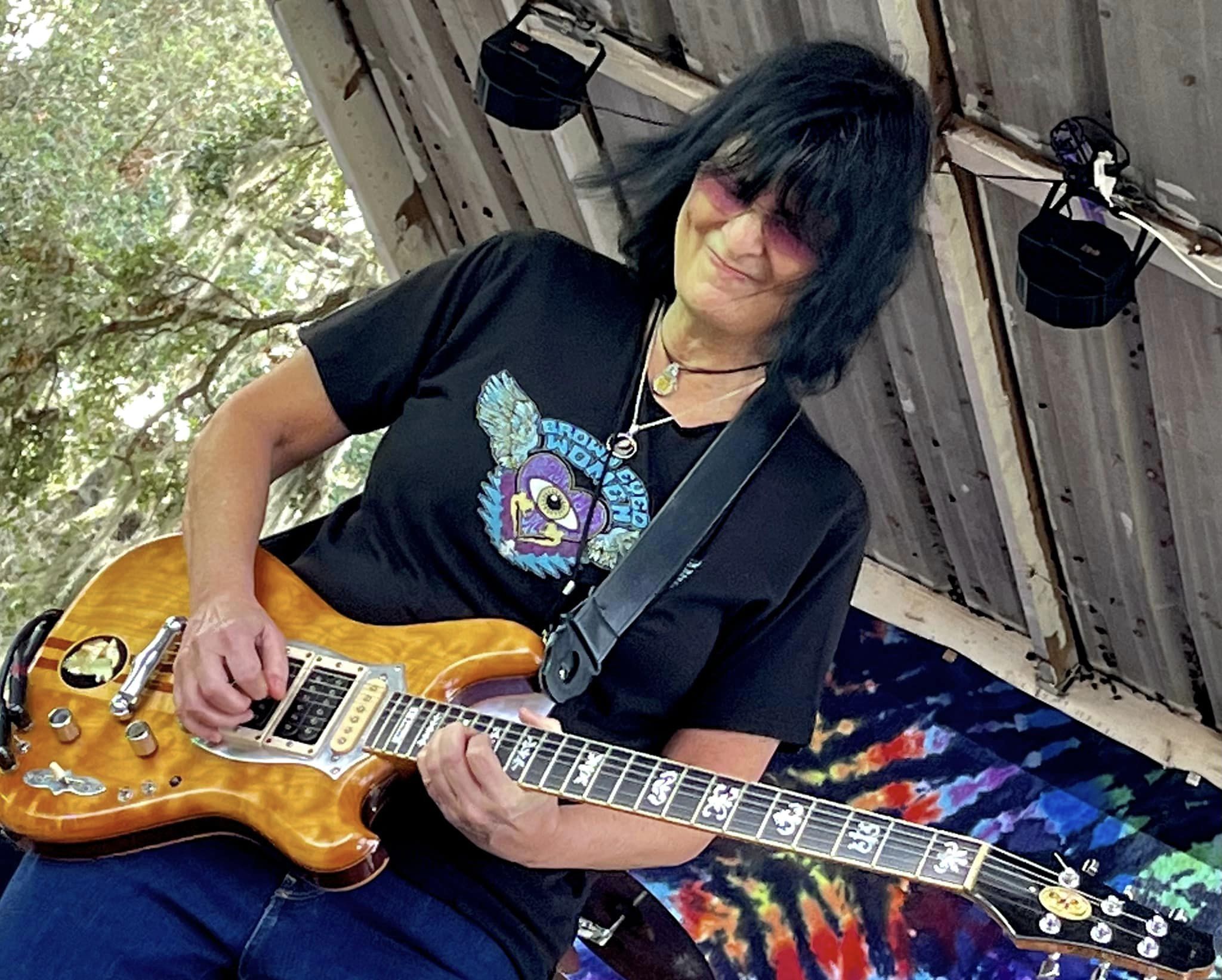 Joni Bottari and Spiral Light at the Grateful Gathering in Florida

We are busy finishing our review of grateful Florida Reunion, who spread the vibes throughout Lakeland from November 17-20. However, we want to report on the two sets that present joni botaribecause she other band, brown eyed womenkick off their four-night run in Florida on Thursday, December 1 at underbelly in Jacksonville, then Tuffy’s Music Box and Living Room in Sanford, Terra Fermata in Stuart and Crazy Uncle Mike in Boca Raton.

archivists Volke monday Y patti peace He put in an incredible effort to set records all weekend. We are pleased to include both of Bottari’s sets here on video! Featured photos are courtesy of Mitch Levin!

The Saturday (November 19) schedule for the Florida Grateful Gathering listed Joni Bottari and friends at 2 pm Unfortunately, we didn’t arrive until 3 pm Fortunately, the schedule was pushed back an hour, and Bottari and Friends were about to take the stage!

Bottari would later confess that she didn’t know anyone on stage with her when they started. During the set, she announced, “I didn’t have any friends; Now I have a LOT of friends!”

The set began with two members of set dead floridawho helped present the entire weekend, especially christian walkerthe organizer of the festival, on bass and vocals. mike pandiscio I was on the guitar. nick landess from Spiral Light was on keyboards and vocals. Pandiscio would assume the role of Bob Weir, rhythm guitarist. Drums cotter ellis was part of the Scott Guberman-Zach Nugent conglomerate, playing three sets in three days using a different band name each day.

It took about ten seconds on “Bertha” to appreciate what a great guitar player Bottari is. The band overcame a brief audio issue during “Mississippi Half-Step Uptown Toodeloo,” which didn’t detract from their excellent solo. Landess had been taking lead vocals, but Walker stepped forward to “Me and My Uncle”, a great reading of the John Phillips song. Landess was great on keyboards and Walker is a monster on bass.

Walker passed the bass to joseph weinstein, the fourth member of the rotating team with Guberman, Nugent and Ellis. Landess sang “Dear Prudence” before a fun version of “Hey Pocky A-Way,” the Meters classic. jeremy zorn he picked up the bass and sang “Feel Like a Stranger”. Bottari had told his new friends that they should expect to put “Eleanor Rigby” in the middle, a perfect suggestion, and they ended with the coda to “Feel Like a Stranger.”

Since I hadn’t done my homework, I didn’t realize that Bottari would be back for another full set with his band. spiral light after Dead Set Florida knocked out a great hour of music. W00T!

Spiral Light make their home on the east coast of Florida, with Bottari on lead guitar; nick landess on keyboards and voices; scott coast on drums; and the indomitable Christian Walker sitting on bass and vocals! John Hanrahan he also sat on drums.

They opened with a dreamy “Eyes of the World”, Bottari and Landess in perfect sync. They kept it low-key through “Like a Bird.” (I’d love to hear that combined with “Cold Rain and Snow”.) Next up was a tune I didn’t know, “My Brother Esau,” with the spellbinding lyrics wrapped around “Shadowboxing the apocalypse.”

They launched into the slowest, funkiest “Shakedown Street” imaginable, which picked up the pace as it moved down the tracks. Bottari blasted out a brilliant wah-wah guitar solo before the song morphed into “Another Brick in the Wall, Part 2,” which everyone dug deep into.

It took them playing “Terrapin Station” to remember where the band gets its name from:

Counting stars by candlelight
They are all dim but one is bright
The spiral light of Venus
Rising first and shining brighter
In, from the northwest corner
Of a new crescent moon
while the crickets and cicadas sing
A rare and different melody.
turtle station

“China Cat Sunflower” flourished before the band explored the transition to become… “Mountain Jam”! After a brief exploration there, the band transformed the jam into… “I Know You Rider”! Landess was brilliant on the piano here. Finally, they closed the set with a good interpretation of “Stella Blue”.

[SPIRAL LIGHT 11.19.22: Eyes of the World, Like a Bird, My Brother Esau, Shakedown Street > Another Brick in the Wall Part 2, Terrapin Station, China Cat Sunflower > Mountain Jam > I Know You Rider, Stella Blue]