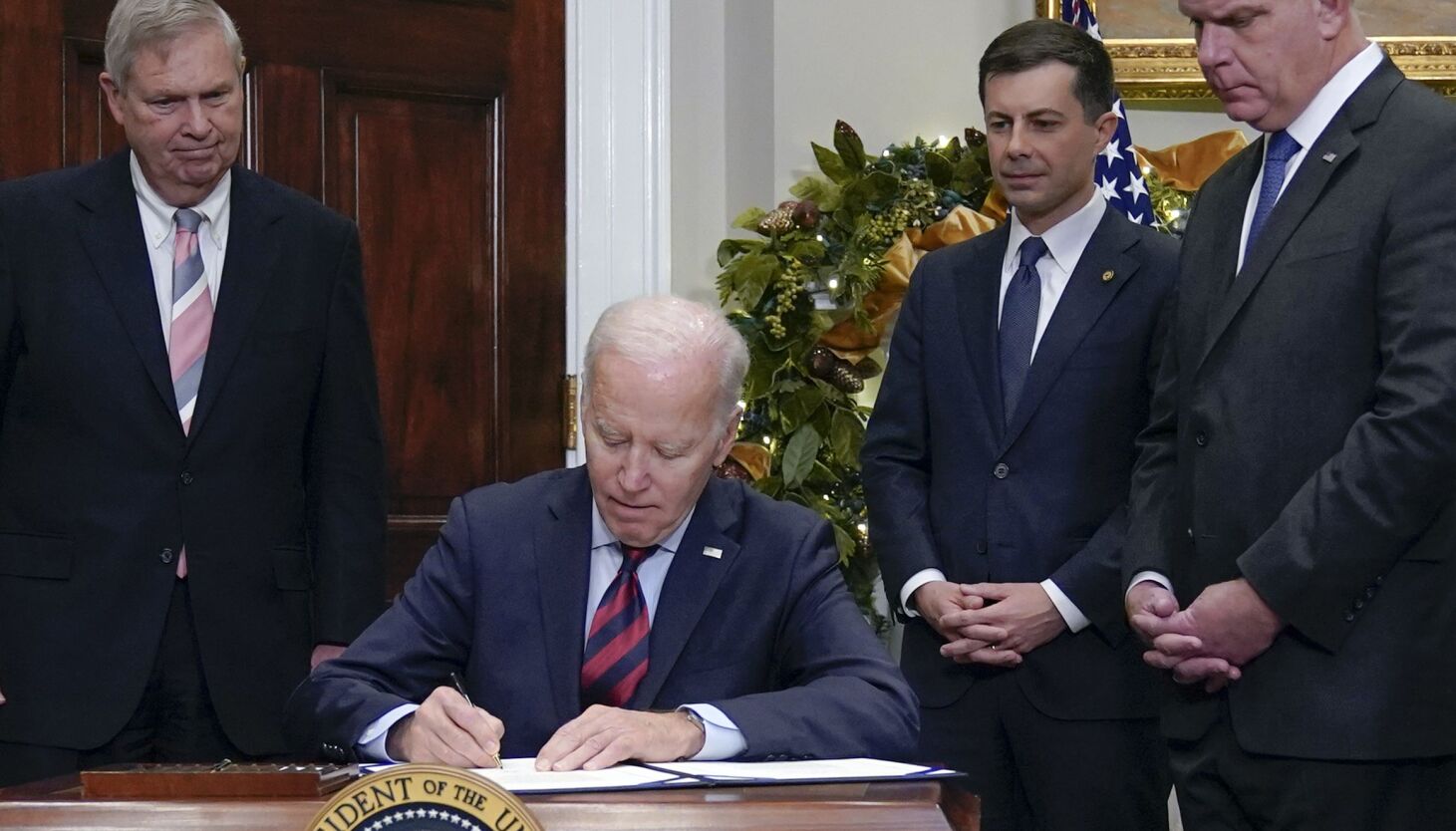 In a speech to organized labor last year, President Joe Biden said he wants to be considered the most “pro-union” president in American history. So why would he step in to force a contract on unionized rail workers, angering one of his major constituents?

Well, probably because he was more concerned with angering all Americans, who, without Biden’s intervention, might find empty store shelves at one of the busiest times of the year. And then there’s the risk that disruption to the transport of fertilizers and chemicals could jeopardize the country’s food and water supplies, not to mention potential gasoline shortages that could drive up fuel costs at a time when prices they begin to decrease.

Last week, just days after Biden called on congressional leaders to weigh in on the dispute, the Democratic-led US House of Representatives and Senate voted to force the negotiated deal on reluctant unions. The Senate rejected amendments by Alaska Republican Sen. Dan Sullivan, which would have given the parties more time to negotiate, and by Sen. Bernie Sanders, I-Vermont, which would have added seven days of sick leave to the contract.

Biden signed the bill into law on Friday, with Labor Secretary Marty Walsh looking over his shoulder. In addition to being a former mayor of Boston, Walsh was also the union president of the Building and Construction Business Council. His appointment to Biden’s cabinet was just one of the gifts the president gave unions when he came to power.

But now, Biden is under attack by the same unions that helped get him elected in 2020, even giving his campaign millions of dollars. During sick days. Not a good look for Biden.

Unions say the current contract does not include sick days, and that puts workers at risk.

Rail companies have responded by pointing out that sick leave pay kicks in once an employee has been away for more than four to seven days. Employees also have three personal days, compared to two on previous contracts, in addition to vacation time. The contract also includes a 24% salary increase and a $1,000 annual bonus.

But before the contract reached any of the workers for a vote, union officials had already agreed in principle after negotiating with the rail companies through a presidential emergency board created by Biden in July.

Steven Suflas, an employment lawyer on the top management side at Holland & Hart in Salt Lake City, said this may be due to increased activism among rank and file workers.

“This is a deal that union leaders agreed to,” he said. “This was the end result of tough collective bargaining over an extended period of time, and it failed to ratify with members.”

He sees similarities to a strike last year by John Deere workers who twice rejected a contract negotiated by their union that included a 30% pay increase, “the biggest pay package I’ve seen since the Carter administration,” he said. suflas.

Why are workers more willing to strike?

“I think it’s more grassroots activism and less willingness to follow and support their union leadership,” he said.

This is where he connects again with Biden and his pro-union administration. Suflas said he believes workers are more willing to organize and agitate because of changes within the Biden administration, many of which stem from decisions made by Jennifer Abruzzo, general counsel for the National Labor Relations Board, who has been trying to remake labor law by asking for lawyers to take specific cases to the board. She has already taken steps to make it easier for unions to organize.

Abruzzo, a former union lawyer, sees in the National Labor Relations Law a mandate to become more involved in the relationship between employers and employees, including in non-union workplaces.

Union sympathy is at an all-time high among Americans. And Biden, by damaging his own relationship with unions and workers, may have inadvertently made that sympathy even stronger.