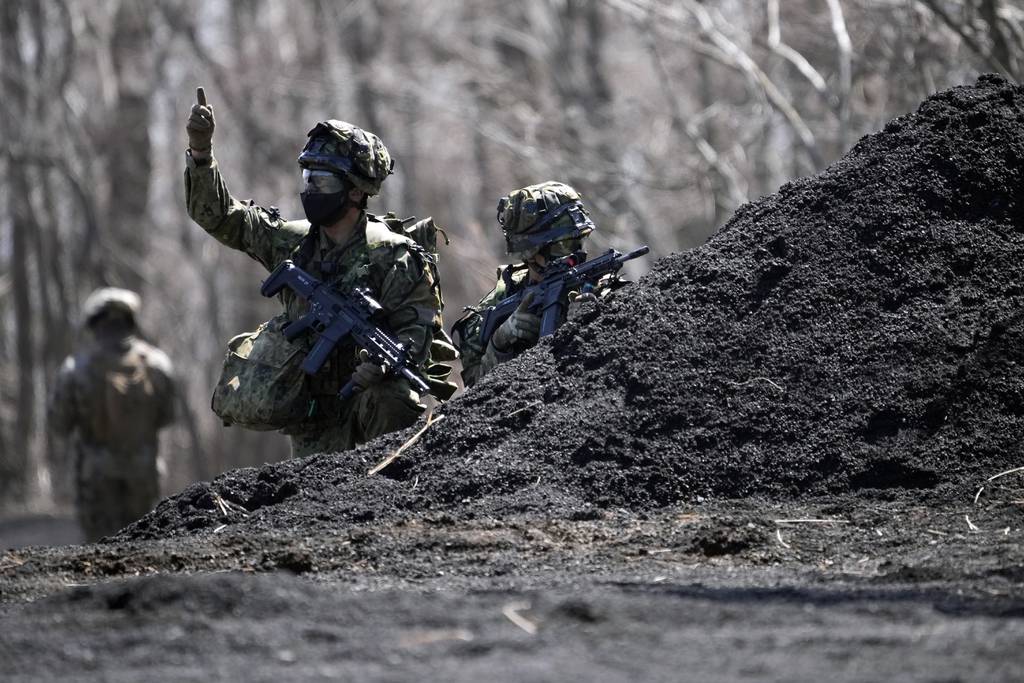 WASHINGTON – Japan will formally approve US plans for a new Navy rapid reaction force on Okinawa on Wednesday and unveil plans to deepen military cooperation on remote southwestern Japan islands near Taiwan, according to US officials.

The Navy’s new littoral regiment would be stationed by 2025 and would have advanced intelligence, surveillance and reconnaissance, anti-ship and transportation capabilities, US officials said. Formal recognition is scheduled for Wednesday in a joint statement after high-level talks between US and Japanese national security officials.

The talks come as Tokyo signals its willingness to take a more offensive role in the Pacific, given its view of China as its biggest strategic challenge, recently outlined in Japan’s defense strategy last month. There is growing concern in Japan and the US that Taiwan could become a military hotspot in the region, as China regards the self-governing island as part of its own territory.

The joint statement will welcome Japan’s new goal of acquiring “counter-strike capabilities,” part of the nation’s plans to double its defense budget. The planned spending would make Japan the world’s third-biggest military spender.

“The leaders will discuss our shared vision of a modernized alliance that will address the challenges of the 21st century in the Indo-Pacific and around the world,” Brig. Gen. Pat Ryder, the Pentagon’s press secretary, said Tuesday. “China will certainly be a topic of discussion with our Japanese allies during consultative meetings this week.”

Ryder said the meeting will provide an opportunity to discuss how to modernize the alliance and maintain a stable and secure Pacific, but declined to provide details on the new agreement.

The US Marine Corps said publicly months ago that it plans to transform the Okinawa-based 12th Marine Regiment, an artillery unit, into a 12th Marine Littoral Regiment by 2025. However, the Yomiuri Shimbun broke the news this week that Japan would formally accept the rapid reaction force, aimed at countering Chinese adventurism on the disputed Senkaku Islands.

US would reportedly not add troops in Okinawa, but rearrange some in a Marine Littoral Regiment, typically about 2,000 Marines. There are approximately 18,000 Marines in Japan, and while the Japanese government primarily supports US bases, the presence of US military personnel is unpopular with many Okinawans.

The force structure changes are part of Marine Corps Commander Gen. David Berger’s Force Design 2030, a plan to reshape the Corps with units that can be dispersible, highly mobile and difficult to track.

The first of the three planned units, the 3rd Marine Littoral Regiment, was raised last March in Hawaii. Authorities have said the units will be armed with the Navy attack missiles mounted on unmanned Joint Light Tactical Vehicles and capable of targeting enemy ships; MQ-9A Reapers for unmanned extended range intelligence, surveillance and reconnaissance, and a Ground/Air Task Oriented Radar, or G/ATOR.

US officials describing the joint statement said the unit is the most advanced formation in the Marine Corps and would provide a stand-in force capable of defending Japan and rapidly responding to contingencies.

The two countries were also expected to welcome the deployment of US Air Force MQ-9 Reapers to Kanoya Air Base in southern Japan, where they have been conducting reconnaissance flights. Its patrols can gather information on Chinese military activity in the area, including signs it may be preparing to invade Taiwan, and on North Korea, which recently fired a ballistic missile at Japan.

Japan pledged in December to purchase long-range weapons and continue to increase its defense budget as part of its latest National Security Strategy. Japan is trying to buy US-made Tomahawks and joint air-to-surface separation missiles that can hit potential targets in China, and extend the range of its Type 12 missile.

According to Biden’s former National Security Council official Christopher Johnstone, Japan’s ability to counterattack would set the stage for a much deeper level of command-and-control integration with the US than exists today. That’s because Japan is likely to rely heavily on US intelligence and target support as it develops capability.

“Any scenario in which Japan is launching long-range cruise missiles at targets in China or North Korea would almost certainly coincide with US military action; therefore, the allies will need to develop an integrated process for target identification, prioritization, and conflict elimination to maximize the effectiveness of US and Japanese strike operations. This capability does not exist today,” said Johnstone, now at the Center for Strategic and International Studies, in a recent article.

The Center for Strategic and International Studies has separately recommended, based on its recent Taiwan war games, that the US prioritize deepening diplomatic and military ties with Japan. Based on its projections that the US and Japan would suffer devastating losses of vital aircraft on the ground due to missiles from China, CSIS asked to work with Tokyo to strengthen bases and plan for the use of civilian airfields.

To thwart a Chinese takeover of Taiwan, it is critical that the United States and its fighter jets be able to operate from their bases in Japan, the think tank concluded. Without Japan-based US fighters as escorts, US bombers would be vulnerable to Chinese fighters armed with extreme-range air-to-air missiles, and China could focus on targets in Taiwan.

Joe Gould is the Pentagon’s lead reporter for Defense News, which covers the intersection of national security policy, defense politics and the defense industry. He previously served as a reporter for Congress.