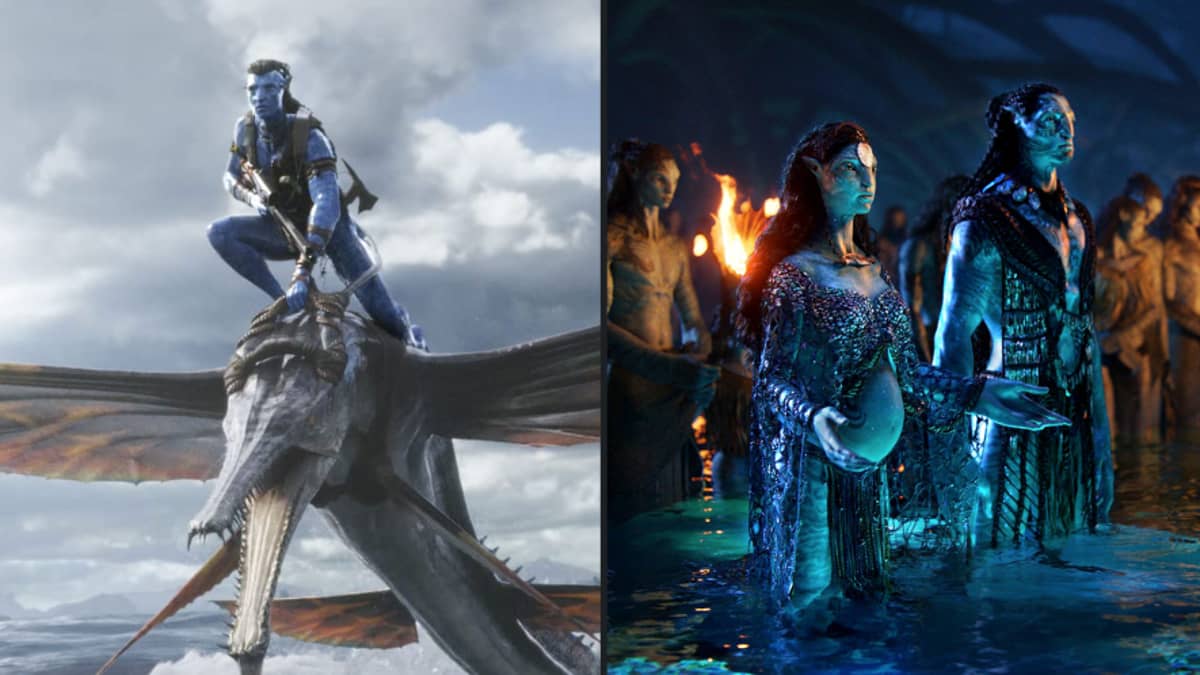 James Cameron acknowledges that he has come up with the most scandalous plot of the Avatar sequel no one will see coming.

The legendary director is preparing for a lengthy press tour before Avatar: The Way of Water hitting theaters around the world in mid-December.

He’s teasing that moviegoers will have no idea where the plot will lead so you’ll stop trying to guess.

Cameron told IGN: “I guarantee you, you won’t be able to predict it.

“The thing people hate most is going to a movie and saying ‘oh…predictable.’

“This is not predictable, I don’t think so. I challenge anyone to predict where this story is going.”

Some plot details have been released about the film which will arrive more than a decade after the original.

Cameron said that the film will not be set right after the events that happened in the first one and many things have changed.

“we continue [Jake and Neytiri] forward in time, 15 years to where they have a family of tweens and teens,” Cameron said.

“It’s a very dysfunctional family dynamic, but ultimately there’s a core that everyone draws their strength from.

“I think that’s what’s fundamentally different from the first one.”

The only synopsis 20th Century Studios has given for the sequel is something very similar to Cameron’s concept.

said Avatar: The Way of Water ‘begins to tell the story of the Sully family, the troubles that haunt them, the efforts they make to stay safe, the battles they fight to stay alive, and the tragedies they endure.

Fans lucky enough to attend the D23 Expo were given a sneak peek of various clips from the film.

Cameron shared footage from the sequel at the Disney fan event, which contained scenes of a confrontation between Neytiri (Zoe Saldana) and Jake Sully (Sam Worthington).

They were discussing whether to leave their home due to all the imposing threats. However, Neytiri once again reminds the Na’vi that this is their ‘home’.

Another scene also featured a confrontation between the Na’vi, as one member of the group was caught hanging out with a stranger.

Fans were also shown footage of the Na’vi swimming on Pandora.

Although we are still a few months away from seeing the Avatar sequel, James Cameron has revealed that production has already started for Avatar 4.

Avatar: The Way of Water It will be released in theaters on December 14.