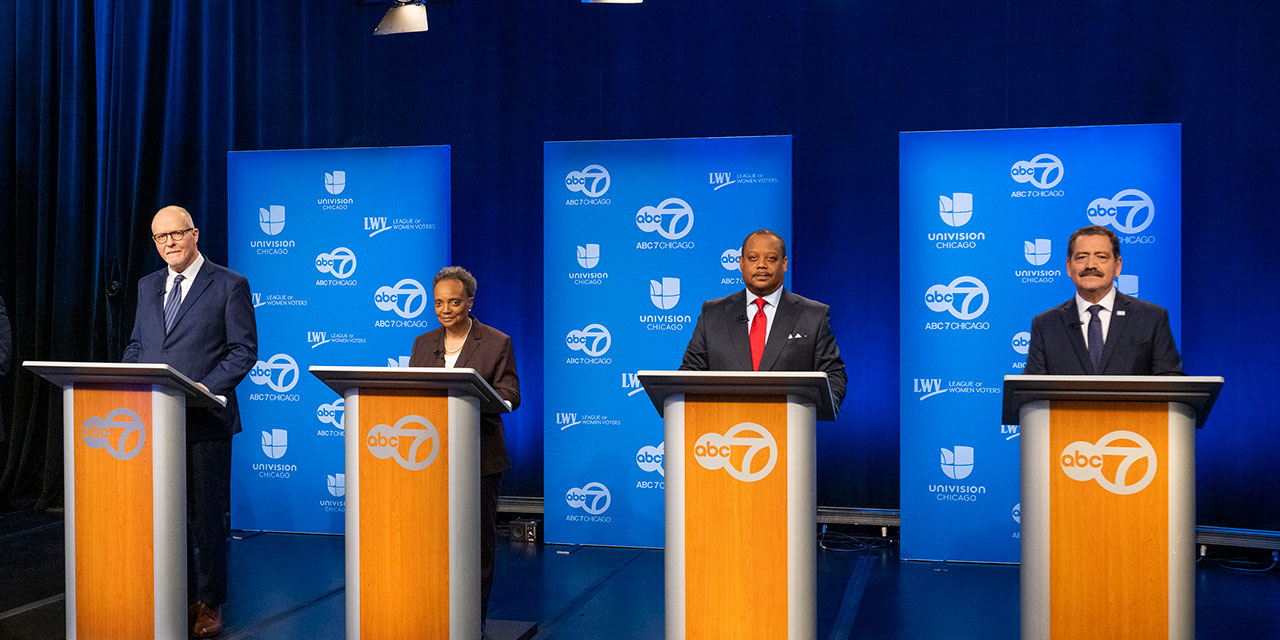 The City of Big Shoulders carries heavy baggage these days. Chicago’s crime rate has skyrocketed since the George Floyd protests in 2020, with particular increases in car thefts, burglaries, and organized robbery of retail stores. Major companies, from Boeing and United Airlines to the hedge fund Citadel, are rallying. The McDonald’s CEO recently complained about conditions in the city, possibly heralding another exit from the Fortune 500. If companies needed more incentive to leave, Chicago pension plans remain grossly underfunded, signaling future tax increases. .

All of this helps explain why Mayor Lori Lightfoot finds herself in dire straits for the first round of Chicago’s mayoral election on February 28. A recent poll shows her ranking fourth out of a field of nine; the first two candidates will enter a second round. She has presided over the city’s decline, and her touchy personality, which alienates even some of her natural allies on the Democratic Left, does not favor her prospects.

However, Illinois Governor JB Pritzker and State Attorney Kim Foxx bear more responsibility for Chicago’s problems. Pritzker’s modus operandi is to give increasing power to public sector unions, the mainstay of the state Democratic Party, thereby raising the cost and degrading the efficiency of public services. He blocks any pension reform, ensuring that the prospect of future tax increases deters companies from moving to Chicago. He enthusiastically entrenches union power, having endorsed and signed a bill that took control of the schools from the mayor and handed it instead to an elected independent board, over which the unions wield much more influence. To his credit, Lightfoot staunchly resisted this bill and others supported by the governor, such as one that empowers the teachers’ union to bargain on issues other than pay and benefits, giving them greater influence over school policy.

Lightfoot is also not responsible for prosecuting criminals; Foxx is, but he shirks that duty. Foxx has stated that he will prosecute shoplifting only for goods over $900, with other thefts becoming misdemeanors at best. It’s no surprise that retailers like Macy’s are leaving Chicago, including its Magnificent Mile. Lightfoot opposes Fox’s decision to forgo felony charges and backs his police chief, who argues that Foxx’s policies have emboldened criminals.

Unfortunately, two of the candidates leading Lightfoot in the mayoral race would represent downgrades.

One, Jesús “Chuy” García, a 66-year-old House representative, favors the usual left-wing causes, though he outranks many of his fellow progressives in supporting anti-Israel positions. He has no managerial experience running a large organization in the public or private sector. He shows no mastery of politics, but he does show great interest in bombast. At the recent hearing on the collapse of FTX, most members of the House Financial Services Committee, both Democrats and Republicans, asked FTX’s post-bankruptcy CEO important questions. Not García, who opened his comments with an incoherent denunciation of cryptocurrencies. The reason has recently become clear: he received large donations from Sam Bankman-Fried, the head of FTX and an alleged scammer. Lightfoot has been running campaign commercials attacking Garcia for this connection, as well as his ties to Michael Madigan, the influential Illinois Democrat indicted and former Assembly speaker. Even if Lightfoot doesn’t make the runoff of the top two candidates, he can help prevent Garcia from doing so. Then, nothing would become so much in his political life as leaving it.

Meanwhile, Cook County Commissioner Brandon Johnson complains that Garcia isn’t progressive enough. Johnson, a former organizer for the Chicago Teachers Union and recipient of most public sector union endorsements, promises to raise taxes on corporations that already have good reason to leave. Just this week, he proposed another tax increase: a 3.5 percent city income tax on anyone making more than $100,000. Look at the exodus from Chicago’s tax base if elected.

In the past, Johnson has supported taking money from the police. His current anti-crime program aims to end effective strategies in favor of vague notions of social betterment. He wants to remove ShotSpotter, which quickly broadcasts the location of shots and which police find useful in Chicago, as in many other cities. Instead, he hopes to reduce crime by reducing “inequity.”

More encouragingly, Paul Vallas, the candidate currently leading in the mayoral polls, would be better than all three competitors. Unlike Garcia and Johnson, he has considerable managerial experience, having done a decent job under difficult circumstances when he served as CEO of the city’s public schools. He expresses interest in improving the safety of the public transportation system, which is essential to attract workers and businesses to Chicago. And what he says he won’t do is also important: he’s not focused on raising taxes.

Assuming Vallas is one of the two candidates that makes it to the runoff, he may have a hard time defeating Garcia or Johnson, or even Lightfoot, who will consolidate the progressive vote. But Vallas can benefit from Chicago’s obvious decline. Even the liberal gentry living along the lakeshore may find that they can no longer afford to indulge their utopian impulses. However, whoever is elected mayor will face the sad reality that Governor Pritzker and State Attorney Foxx remain in office.

John O. McGinnis is a contributing editor at city ​​newspaper and the George C. Dix Professor of Constitutional Law at Northwestern University.

city ​​newspaper is published by the Manhattan Institute for Policy Research (MI), a leading free-market think tank. Are you interested in supporting the magazine? As a 501(c)(3) non-profit organization, donations in support of MI and city ​​newspaper are fully tax deductible as provided by law (EIN #13-2912529). DONATE