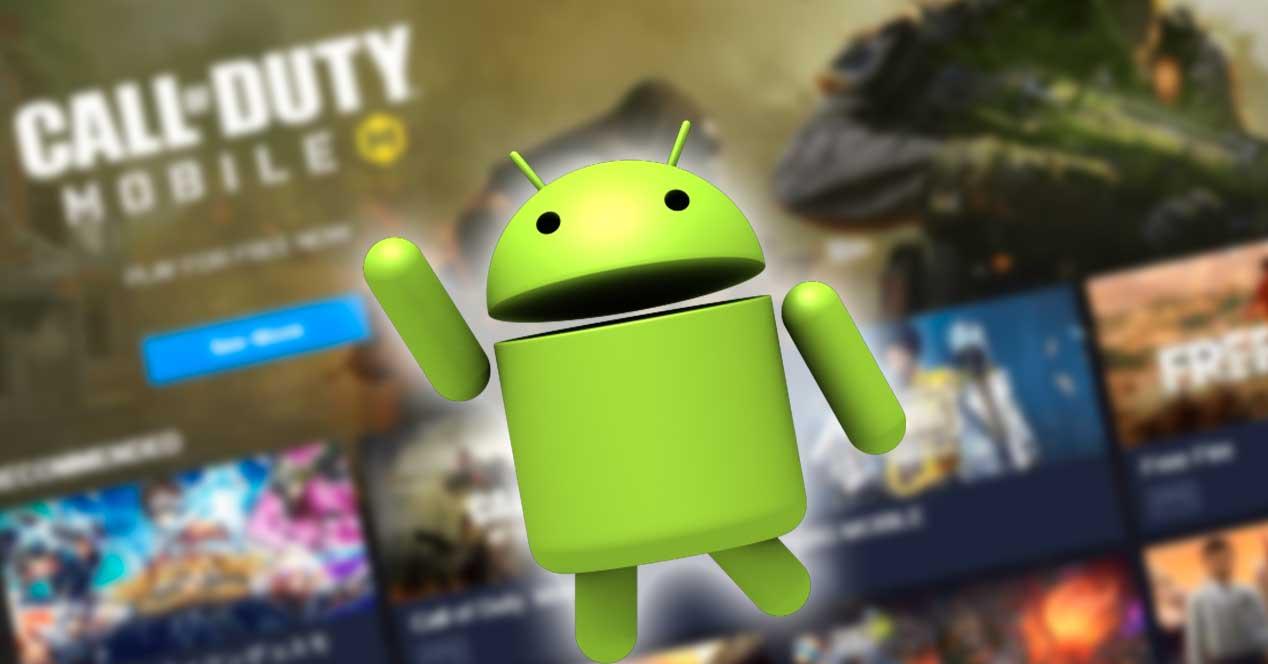 However, Apple computers managed with an ARM M1 or higher processor do allow you to install most of the games available on the App Store, as if it were an emulator.

What does GameLoop offer us

GameLoop is an Android emulator for Windows (it’s not available for other operating systems) and with which we can mainly play action titles, although it’s not limited to just that type of game.

Playing PUBG Mobile, Call of Duty: Mobile, Ghensim Impact, Apex Legends, Garena Free Fire, Among US, Stumble Guys with a keyboard and mouse offers a more rewarding experience than playing it on a screen of just a few inches where, in addition, we have to worry about due to the high battery consumption that these types of games have.

Unlike other emulators, if we don’t want to play with a keyboard and mouse, we can connect a controller and enjoy an experience very similar to what we can find on consoles.

GameLoop offers access to its own app store, app store from where you can download all the games that are compatible with an Android emulator for PC. If we want to play a title that is not available in the emulator store, we can download it through other applications and install it in the emulator.

One of the most interesting options that GameLoop offers is the possibility of installing .apks, without limiting the possibility of games to those offered directly by the application. This opens up the range of possibilities for this emulator to become one of the best on the market.

The first negative point that we find when using GameLoop is the large amount of resources that it requires. Despite being one of the most modern emulators, no special attention has been paid to its performance on older computers. 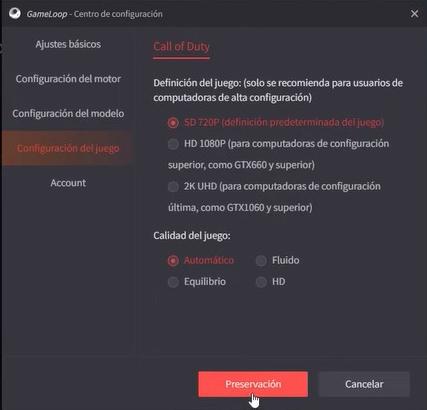 Another of the negative points of the application is found in the user interface, a very unfriendly user interface that will force us to invest a lot of time to get hold of it if we want to reassign the keys, use a control knob, modify the number of FPS among others.

Unlike other Android emulators for PC, GameLoop is based on Android 5, a version with higher hardware requirements than the most recent versions and that we can find in other alternatives such as BlueStacks and NoxPlayer, which we will talk about later in this article. .

In the case at hand, GameLoop, the computer that installs it requires at least Windows 8.1 or later in a 64-bit version. If we talk about the processor, this must be a minimum 9th generation Intel i3 and have a GTX 660 graphics card with 2 GB of video memory or higher.

As for RAM, GameLoop requires a minimum of 8 GB. For the application to allow us to enjoy the games in higher quality and resolution, we need a GTX 1050 graphics card and 16 GB of RAM. If we also have an i5 or i7 processor we will obtain better performance.

The high minimum requirements of GameLoop are motivated by the version of Android that it uses, 5.0, a version that is not as optimized in performance as the most modern versions, as is the case with Android 9 used by other emulators.

Although the application is not fully translated and some translations do not make much sense, we find an application developed by the largest entertainment company in the world.

Behind this application is the company Tencentthe largest video game company in the market that has stakes in major studios such as Epic Games (Fortnite), Riot Games (League of Legends, Valorant), Supercell (Clash Royale, Brawl Stars, Clash of Clans), Krafton (PUBG), Ubisoft , Discord, among others.

We at Softzone always recommend that you download apps from their original source to prevent those who compile apps from including the app in an installer that will also download additional apps.

You can download GameLoop directly from its website completely free of charge. The file is a little less than 4 MB, however, when you run it, it will start downloading all the files necessary for the application to work on your computer. 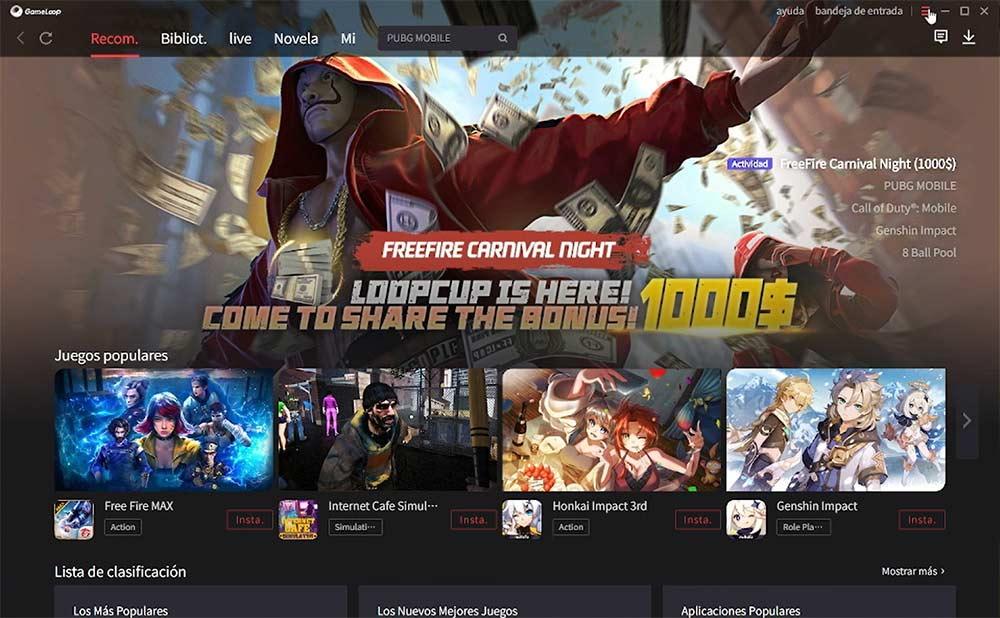 We have to keep in mind that titles like PUBG Mobile, Call of Duty: Mobile, Apex Legends, Genshim Impact take up a lot of space on your hard drive, so if you’re running out of space, you should start cleaning your computer earlier. install any of these titles.

Other Android emulators for PC

GameLoop is one of the most used emulators in recent years, but it was not the first or the best of all.