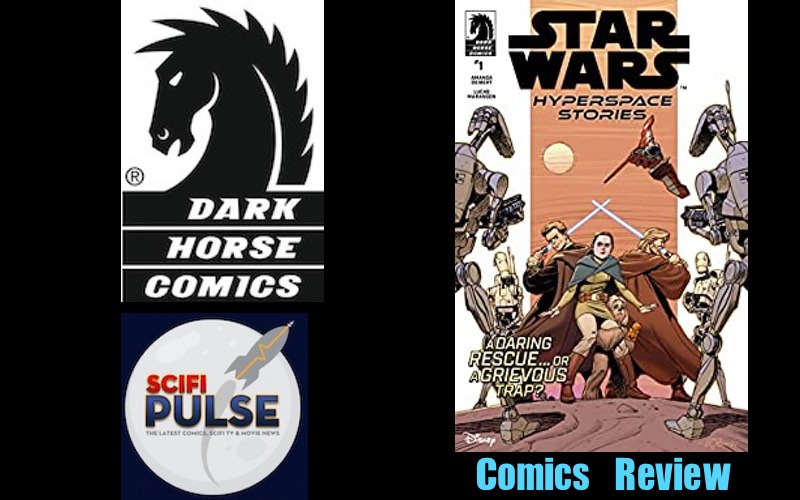 A new era of Star Wars comics begins here! When members of a Republic mission led by Senator Padmé Amidala are kidnapped by the ruthless Separatist General Grievous.

Synopsis: A new era of Star Wars comics begins here! When members of a Republic mission led by Senator Padmé Amidala are kidnapped by the ruthless Separatist General Grievous, Anakin Skywalker and Obi-Wan Kenobi jump to the rescue. But the operation quickly goes awry, and the Jedi find themselves cut off and surrounded by an army of battle droids!

While on a diplomatic mission with Senator Yaru of Kashyyyk, Senator Amidala and the Wookiee diplomat are kidnapped by Separatists. However, Yaru is able to hide her infant daughter before Grievous’s battle droids can catch her. Listen to the news. The Jedi Council sends Obi-Wan Kenobi and his apprentice Anakin Skywalker on a rescue mission. As they arrive on the planet. Obi-Wan and Anakin find Yaru’s young daughter, who leads them to where the Separatist took her father and Senator Amidala.

lucas marangon does a pretty good job on the comic book artwork and is obviously taking its visual cues from the earlier of the two clone wars animated series. The drawing of Yaru’s little daughter was very, very cute and really managed to appeal to my more protective nature. The drawing manages to bring out that kind of feeling of awe that you get every time you see baby Yoda or Gizmo from Gremlins or a really cute kitty or cat. Of course, the last couple of vignettes of the little Wookiee girl really drive him home when she experiences a terrible loss.

Amanda Deibert opens this new miniseries with a pretty tragic story that really hits the heart. Set sometime shortly after the Attack of the Clones movie when Anakin was still pretty raw and quick to act. The comic gives us an early confrontation between Obi-Wan and Grevious, which ends in tragedy. It will be interesting to see if we will see Yaru’s daughter in the next two issues as she proved to be a pivotal character in this book.

Ian Cullen is the founder of scifipulse.net and has been a fan of science fiction and fantasy since birth. In recent years, he has written for ‘Star Trek’ magazine and has interviewed numerous comic writers, television producers, and actors for the SFP-NOW podcast at: www.scifipulseradio.com When not writing for scifipulse.net, Ian enjoys playing his guitar, studying music, watching movies and reading his comics. Ian is the founder and owner of scifipulse.net he can be contacted at: [email protected]