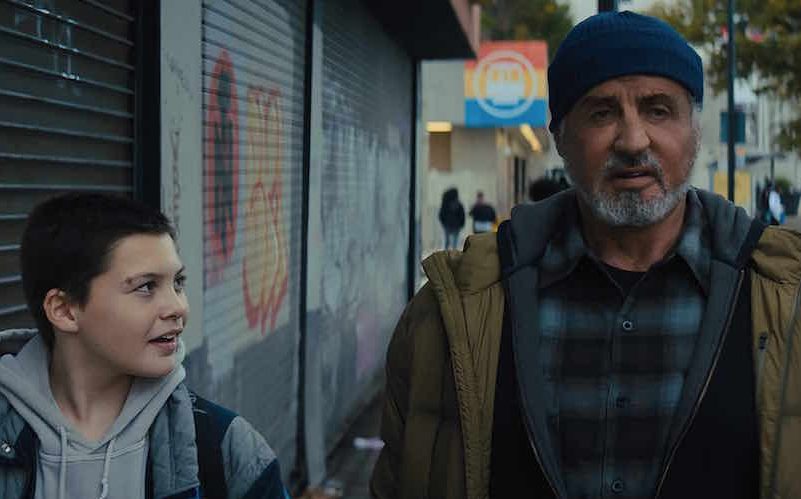 Synopsis: In Samaritan, a young boy learns that a superhero thought to have disappeared after an epic battle twenty years ago may, in fact, still be around.

The story of the film sets the action in a poverty-stricken town called Granite in which there is great nostalgia for a hero named Samaritan and the final fight he had with his evil brother Nemesis. Much of the film’s narrative comes from a young man named Sam who believes that the man who lives in the building across the street is a Samaritan.

However, it isn’t until Sam gets into trouble with some local thugs that the old man named Joe comes to the rescue and exhibits great strength. This obviously makes a big impression on Sam, who becomes more determined to prove that Joe is a Samaritan. Unfortunately for Sam. His meeting with some of the local thugs and his involvement in a robbery gone wrong makes him a person of interest to local crime boss Cyrus, who is not a fan of Samaritan.

When Cyrus goes on a grand crime spree claiming to be Samaritan’s arch nemesis, this starts to get pretty interesting as events force Joe out of superhero retirement.

Sylvester Stallone does a solid job of capturing the temperamental and aloof character of Joe, who until he meets Sam seems to have lived a fairly restrictive life with minimal social contact outside of his work life as a garbage man. The scenes Stallone has with Javon ‘Want’ Walton Who plays the boy Sam has a lot of heart and the two have a really strong chemistry that helps carry the film’s somewhat ramshackle narrative.

Pilou Asbaek he makes a good fist playing the main villain Cyrus, but is hampered by the fact that he’s not really that interesting of a bad boy. Apparently, Cyrus has created his own family of villains by having picked up stray dogs to help him in his criminal enterprises. One of them is his girlfriend Sil (sophia tatum) seems to be the most charismatic of them all. She has some very strong moments. Especially when she’s banging heads and threatening young Sam to talk him out of betraying Cyrus.

Samaritan is a good movie. But it’s far from great. Take some risks with the superhero genre and try to do something different by getting into the shady side of things. Cyrus almost hits the nail on the head when he tells Sam that his hero was just another cop beating up the poor and thieves to keep order for the rich. Whereas Nemesis was the real hero because he went after people who deserved to be knocked down a peg or two. It’s an interesting narrative idea to delve into the motives of a hero and a villain, but the movie doesn’t really get into that. But it has an interesting twist towards the end.

In fact. The movie has a lot of interesting ideas throughout, but ultimately you can’t really explore them within the time of the movie. One of the problems was that the scale of the hero and villain mythology was quite crude and is gradually revealed through dialogue and flashbacks throughout the film.

General. Samaritan felt much more like a TV Pilot movie for a series than a movie and would actually make a good TV series given the many ideas presented in the film.

As far as pictures go. The CGI felt pretty hit and miss. Especially in the final fight scenes that take place in a burning building. My guess is that the film’s ambition was perhaps too big for its budget. However, despite these flaws. The movie still manages to entertain.

Samaritan is available to stream now through Amazon Video on Prime.