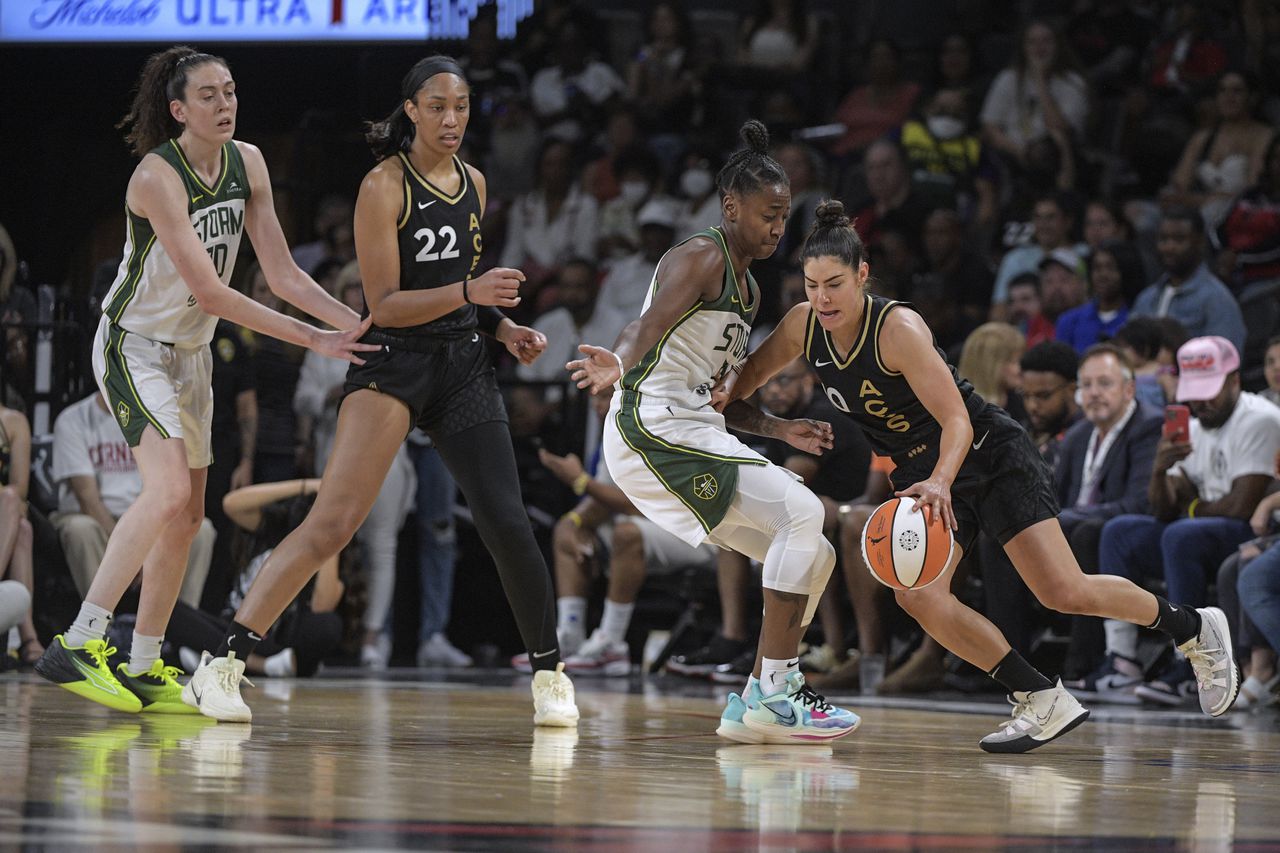 This year’s WNBA Playoffs semifinals begin on Sunday, with four teams starting their respective best-of-five series, with the goal of reaching the Final.

The Aces were able to make short work of the first-round matchup, as they defeated the exhausted Phoenix Mercury in a two-game sweep with an average margin of victory of 26.5 points. Chelsea Gray led the charge with 27 points in the decider on Saturday and averaged 22 points in the two games, tied for the most in the first round. One of those players she is tied with is her teammate Kelsey Plum, who scored 22 in both games one and two. Las Vegas hopes to reach the Finals for the second time since moving from San Antonio.

One team looking to return to past glory is Storm. Led by Breanna Stewart and the soon-to-depart legendary Sue Bird, the Storm are three wins away from advancing to the Finals for the first time since winning them all two years ago. They made it to the final four thanks to a pair of hard-fought wins against the Washington Mystics, where Breanna Stewart averaged 22 points in the two-game sweep.

The Aces won three of four regular season matchups, including a 109–100 win in their final regular season game. However, it was Storm who swept Las Vegas in the WNBA Finals in 2020.

Although it wasn’t easy, the Sky are back in the semi-finals, continuing their title defense. After losing Game 1 in the first round to the New York Liberty, Chicago bounced back by winning Games 2 and 3, moving into the final four of the postseason for the fourth time in franchise history. Kahleah Copper remains the Sky’s offensive leader, averaging 18.7 points per game in the first round. Candace Parker continues to be a timeless wonder, averaging a double-double in her three games against New York.

The Sun are in the semifinals for the fourth year in a row and are hoping to reach the Finals for the first time since 2019, and only the fourth time in franchise history. It wasn’t an easy road to this point, however, as the Dallas Wings took Connecticut to a do-or-die third game in the first round. However, reigning MVP Jonquel Jones and company bounced back, helping the Sun win their first playoff series in two years. Jones led the Sun in averaging 16.7 points per game in the series, with DeWanna Bonner adding 14 per game, including 21 in Game 3 against Dallas.

Connecticut will certainly have its hands full with Chicago, as the Sky have won all four regular season meetings this year.

These two teams have met in each of the last two postseasons, including the Sky who beat the Sun in four games in the semifinals last year on their way to their first championship.

Check the results and schedule of the WNBA Playoffs here