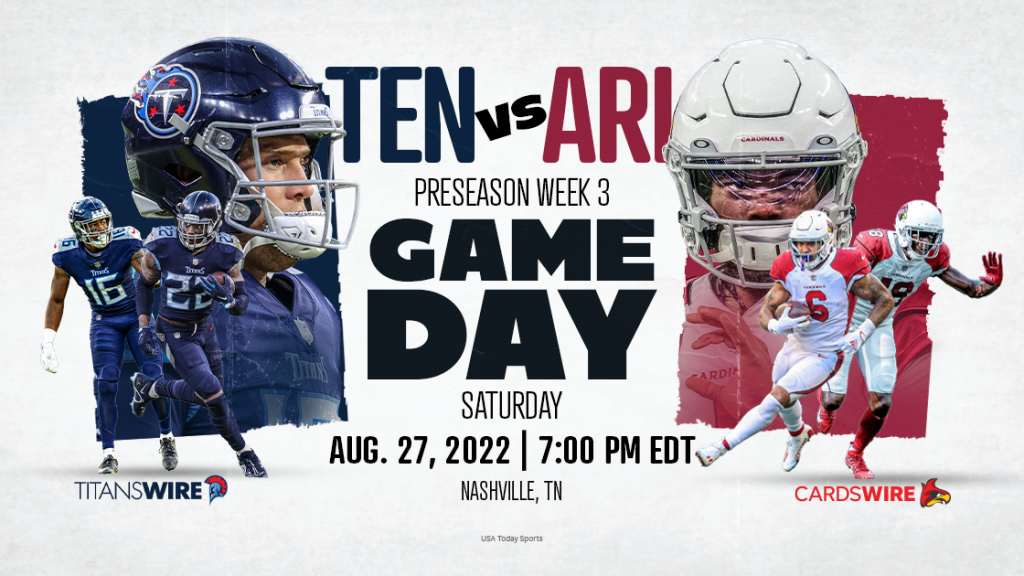 The Arizona Cardinals close out their three-game preseason roster with a road game Saturday night against the Tennessee Titans. Both teams are 1-1 in the preseason and participated in a joint practice Wednesday.

The Cardinals won’t be playing their starters, with the possible exception of guards Will Hernandez and Cody Ford, filling in for the injured Justin Pugh, and second-year defensive players Zaven Collins and Marco Wilson.

Trace McSorley will start at quarterback for the Cardinals for the third straight game. Quarterback Kyler Murray has called plays in the fourth quarter of Arizona’s first two preseason games and that probably means he’ll do it again in this game.

It’s a great game for young players trying to make the roster. It gives players the chance to show off their skills to their current team and the 31 other teams in the league.

Will you be tuning in to the game tonight? Here you have all the information you need.

This game will not be broadcast nationally. It will only be available in local television markets for the Cardinals and Titans.

In the Cardinals’ home market, the game will air on KPNX 12 News. Dave Pasch and Ron Wolfley, who are the team’s radio announcers during the regular season, will call the game for the telecast. Dani Surek will report from the bench.

The Titans telecast will air on WKRN News 2 and other preseason television affiliates. Dan Hellie and Charles Davis will call the game with Cory Curtis reporting from the bench.

The game can be streamed on the NFL app or the Arizona Cardinals app if you are in the area where the game would normally be televised.

The Cardinals radio broadcast will air on Arizona Sports 98.7 FM. Paul Calvisi and Drew Stanton will call the game.

The Spanish broadcast is on KQMR 100.3 FM. Luis Hernández and José Romero will call the match.

Mike Keith and Dave McGinnis are the radio team for the Titans. It can be heard on WGFX 104.5 FM-The Zone.

Hear the latest from Cards Wire’s Jess Root on her podcast, Rise Up, See Red. Subscribe to Apple or Spotify podcasts.