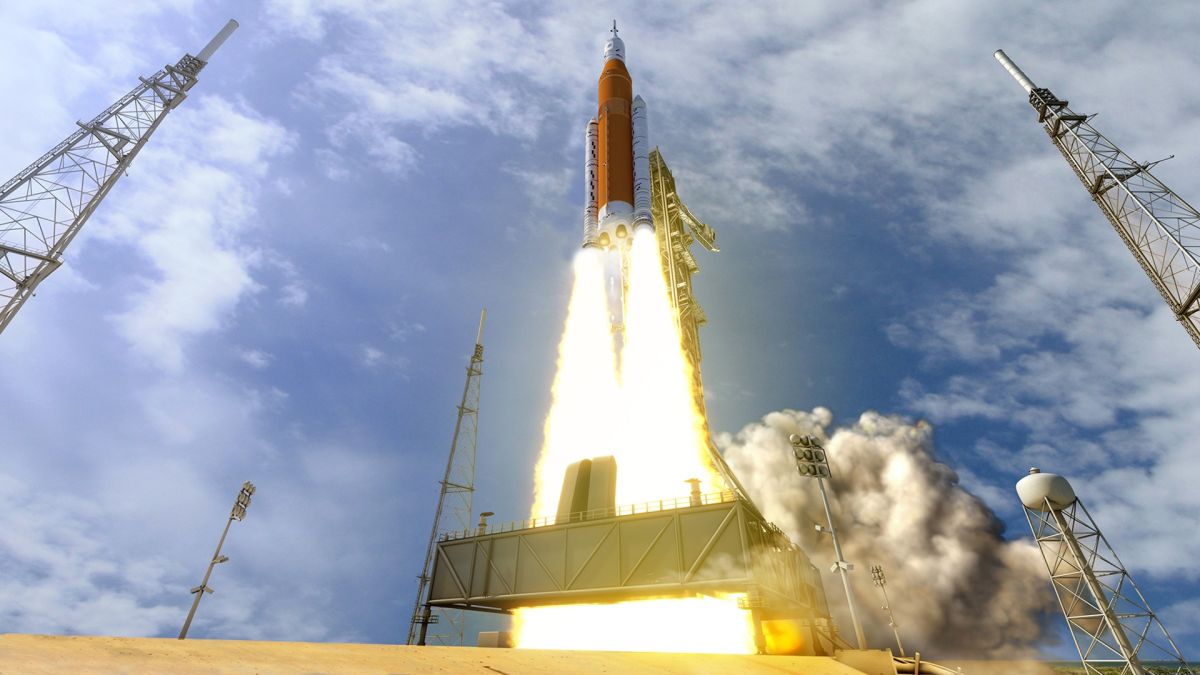 NASA’s Artemis 1 lunar mission is set to launch into space this week and you can take part in a live front-row experience.

“Artemis Ascending” will use 360-degree virtual reality to make participants feel like they’re up close to the Artemis 1 mission when it lifts off no earlier than Monday (Aug. 29). You’ll be able to virtually witness NASA’s most powerful rocket to date, the Space Launch System (SLS) mega-rocket, as it lifts the Orion spacecraft on a journey to the moon. Takeoff is scheduled for 8:33 a.m. EDT (1233 GMT).

Felix&Paul Studios aims to bring the release to viewers who have access to the Oculus Quest headset. (opens in a new tab) or can check it out on the Space Explorers Facebook page (opens in a new tab). The event will start at 7:33 a.m. EDT (1133 GMT) and run the final countdown and launch. You can also see it in one of the 200 domes and planetariums around the world.

The live stream will be hosted by retired NASA astronauts Karen Nyberg and Doug Hurley at Meta Quest, and below is a list of places you can watch the historic lunar mission.

The list of domes is available through this Felix&Paul registration link (opens in a new tab) and a partial list of participating facilities (live and on demand) include:

Felix & Paul is an immersive studio based in Montreal, Canada. The studio’s originals include the “Space Explorers” series, franchise productions like “Jurassic World” and comedy specials for “Just for Laughs,” starring Trevor Noah, Lilly Singh and other celebrities.

If you’re looking to get into virtual reality, check out our guide to the best VR headsets for immersive gaming, virtual theater experiences, or interactive training. Our Oculus Quest 2 review gave it a near-perfect 4.5 stars, making it our favorite headset right now.