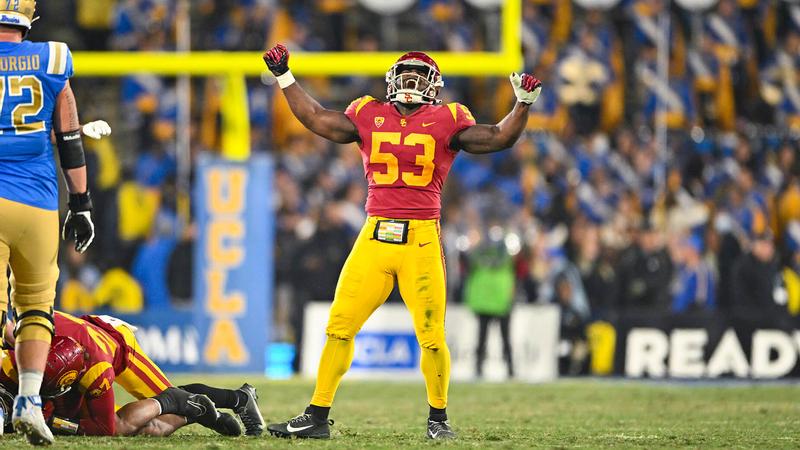 USC vs. Notre Dame will be broadcast nationally on ABC and will air on Watch ESPN and the ESPN App at 4:30 p.m. PT. Check your local listings for channel information.

Radio coverage in Los Angeles for USC vs. Colorado will air on 790 KABC starting at 2:30 p.m. one-hour programs before and after the game).

The Trojan Tailgate Show portion of AM 790 KABC’s pregame show (from 2 hours before kickoff to 30 minutes before kickoff) will also be broadcast live on the USC Athletics Facebook, Twitter and YouTube platforms.

Outside of Los Angeles, the game can also be heard on the following Trojan Radio Network affiliate stations:

Additionally, all USC Football broadcasts can be streamed from anywhere in the world at USCTrojans.com/Listen, the USC Trojans Game Day app, KABC.com and on SiriusXM Satellite Radio (channel 211).

Live and play-by-play statistics for all USC Football games can be found at USCTrojans.com/FBstats.

BEING IN THE COLOSSEUM

Limited tickets for USC vs. Notre Dame are still available starting at $145.

Get the USC Trojans Game Day App, the official one stop shop for all things USC Athletics! Sign up to receive push notifications on the biggest USC news, listen to Trojan Radio Network broadcasts, take part in pregame light shows, and manage your tickets… all from the app!