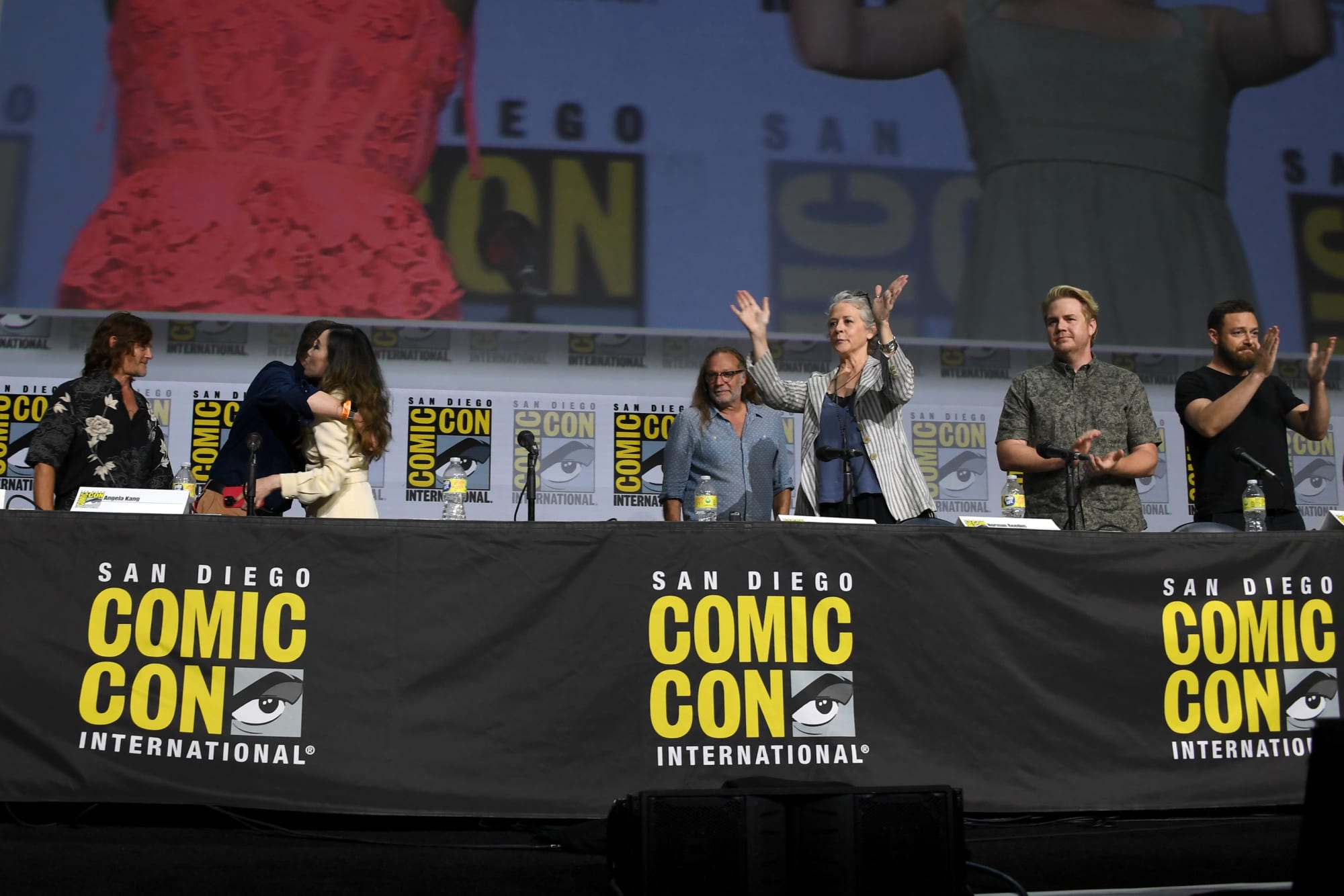 The Walking Dead is constantly throwing surprises in the direction of the fan. We recently received a new promo for 11C airing this fall. Here, we take another look at the exciting stories to come, but it’s all still very cryptic.

Accompanying it was a new poster and official 11C artwork featuring all of our protagonists ready to take on the Commonwealth. It looked amazing! It does not end there, as we also receive news about the new official title of Island of the dead, the Maggie (Lauren Cohan) and Negan (Jeffrey Dean Morgan) spinoff, which is now The Walking Dead: Dead City. Wow!

However, there are many other things that are currently happening in the TWDU. One is the new spin off tales of the walking dead with an all-star cast.

As exciting as all of this is, it can be a struggle for UK fans to stream content, so where can we see the best the world of the undead has to offer?

The Walking Dead Universe, seen in the UK

As a big fan of TWDU, I love finding new news about shows and staying up to date on them as much as possible. Of course, it is best to sit back and watch the content on offer. However, as a fan in the UK it can be very difficult to access certain things.

For fans of the mothership show, the good news is that ever since Fox TV UK went off the air a couple of years ago, The Walking Dead can be streamed on Disney Plus. If you have a subscription, you can enjoy streaming each episode and also watch all eight new 11C episodes arriving on the platform every Monday starting October 3. So for all the old and new fans, it’s quite easy to access. The Walking Dead episodes

fear of the walking dead it hit our screens in 2015 and what an amazing first spin-off it was, and it’s still just as engaging and amazing seven years later. With certain episodes streaming on BT TV, the easiest way to watch this epic series is through Amazon Prime UK. The newer season is usually priced to watch; however, seasons one through six are free, and when season eight premieres, seven will also be free; it really depends on how desperate you are to watch and if you’re willing to pay for the new seasons to watch them in real time.

Both shows can also be paid for on YouTube, Google Play and Movies, and Apple TV by episode. Alternatively, Amazon Prime UK has seasons one to ten of TWD free with prime, and season eleven can be streamed for just over twenty pounds. There are some good options to investigate!

However, when it comes to other content such as interviews, episode diaries, and behind the scenes on TWD YouTube channel, we cannot access these due to restrictions. It’s always a shame when it comes to watching content to see that it’s not possible and the only thing we can do is wait for the official accounts to upload it on social media or for someone to repost it. The same goes for AMC+ content, as we cannot yet subscribe to this service. Hopefully one day we can!

miniseries like dead in the water They can sometimes be uploaded to YouTube, however they are usually removed if they go against the rules. But most miniseries can be streamed on YouTube. There is a full list of them here.

The details are still too sketchy to try and pinpoint where the new Daryl will be derived from and dead city they will be shown but I guess if we are lucky enough to stream them in the UK it will be either Disney plus or Amazon Prime UK. I think this will be the same for tales of the walking dead as fans outside of the US can’t stream this series yet and after asking Amazon, they have no plans to stream it yet. Hopefully this will change soon!

Another series that cannot now be seen in the UK is talking dead Presented by Chris Hardwick. This one is really heartbreaking as when it aired on Fox TV we got to watch it after every episode. However, about TWD move to disney plus all of that was taken away and we can no longer watch or stream it come on guys let us in!

And last but not least, the two-season limited show. The Walking Dead: The World Beyond it’s free to stream on Amazon Prime UK. So it’s not all bad; We can still see some of TWDU! Hopefully it will soon become a bit more accessible.

But one thing is for sure, TWD He will always be in the hearts of fans, no matter how difficult it can be to get things across at times. And what the future holds looks pretty incredible. Let’s see what will happen next in this amazing Universe!

The Walking Dead Season 11 returns October 2 on AMC, and subscribers to the AMC+ streaming service will be able to stream the first 2 episodes of 11C on October 2. UK viewers can catch the first episode of 11C on Star for Disney Plus on October 3.