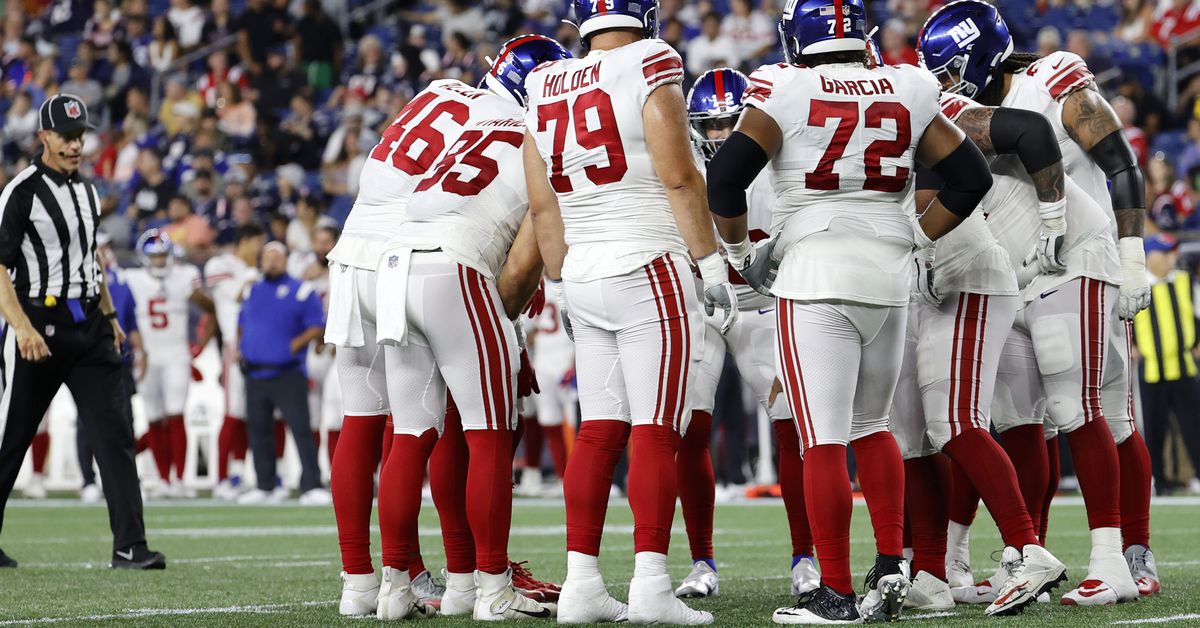 The New York Giants are (technically) the road team when they take on the New York Jets on Sunday afternoon at Met Life Stadium in their preseason finale.

Giants quarterback Daniel Jones has looked better in his two preseason appearances than working against the Giants defense in practice. That trend continued Thursday when he was 14-for-15 against the Jets.

Before wide receiver Collin Johnson sat out for the season this week, coach Brian Daboll had said Johnson and David Sills were not only pushing for roster spots, but for playing time as well. Sills had a great day in practice, running with the first-team offense, most often lined up in a three-receiver package with Golladay and Richie James.

Meanwhile, EDGE Azeez Ojulari, who left practice early with a lower-body injury, had an MRI and is expected to be fine, according to NFL Network’s Ian Rappoport.

The following players will not play in the preseason finale against the New York Jets:

The following players are questionable: