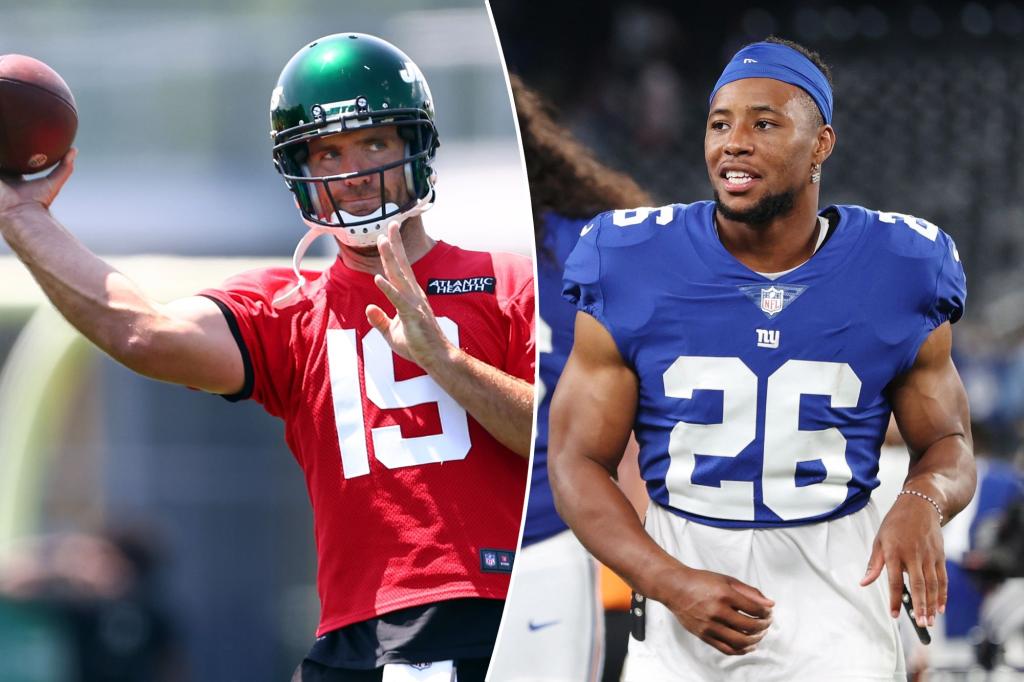 Sunday marks the annual Snoopy Bowl, with the two humble New York teams set to battle it out in their final tune-up before the regular season. It’s one last chance for each team to generate optimism that their respective rebuilds are headed in the right direction.

Last year, the Jets emerged victorious from the game, hitting a deep in the final minutes to secure a 12-7 win. Can they do it again, or will the Giants get some kind of revenge, if the Snoopy Bowl has such a connotation?

Here’s everything you need to know before the showdown.

How to watch and stream the Giants-Jets preseason game

The game will be broadcast live locally on CBS and nationally on the NFL Network.

What time is the Giants-Jets preseason game?

Kickoff between the Giants and Jets is scheduled for 1 pm at MetLife Stadium.

Odds for the Giants-Jets preseason game

Report of injuries and playing time

Zach Wilson remains sidelined for the Jets and is likely to miss the start of the regular season with a torn meniscus and bruised bone sustained in the preseason opener against the Eagles. Joe Flacco has been booked to start the third preseason game. That means there will be plenty of playing time behind Joe Flacco for third-stringer Mike White and fourth-stringer Chris Streveler, who has had an outstanding preseason.

Aside from the quarterback position, coach Robert Saleh has said his starters will play a quarter to a half of this week against the Giants.

Sterling Shepard has been activated off the Physically Unable to Perform list in his recovery from a torn ACL and was a full participant in practice. Despite activating him, head coach Brian Daboll ruled him out for the preseason finale.

Shepard’s return coincides with wide receiver Collin Johnson, who was having a great camp, landing on IR with a torn Achilles tendon.

With a banged-up roster, it’s fair to assume there won’t be much playing time for the Giants’ starters, with an eye toward bouncing back for the regular-season opener against the Tennessee Titans.