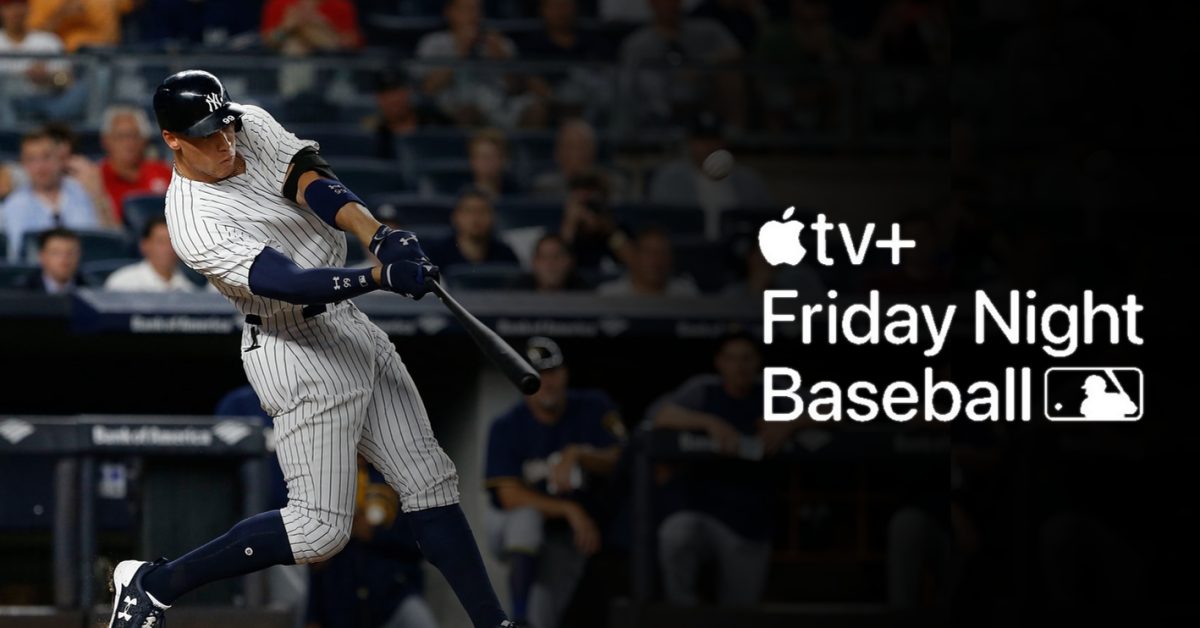 Baseball player Aaron Judge is aiming for an all-time home run record in the league today as he has racked up sixty this season. And in a fairly coincidental turn of events, the pivotal game lands on Apple TV+ Friday Night Baseball’s final day of the season, an incredible finale to Apple’s first foray into live sports.

Aaron Judge hit his 60th home run of the season in Tuesday’s game against the Pittsburgh Pirates. He needs one more today to tie Roger Maris’ all-time MLB record of 61, set in 1961. If he hits two home runs, Judge will be the outright record holder.

Yankee’s YES network reportedly held talks with Apple to negotiate showing the potentially historic game on other channels, but Apple refused. As such, the only way to watch the big game is on the Apple TV app.

How to watch Yankees vs Red Sox Friday Night Baseball

If you haven’t already, you’ll need an Apple ID. You can sign up here and get a free seven-day trial of Apple TV+ in the process. If you need to activate your Apple ID and you don’t have an Apple device, follow these steps, as if you have an Android phone, you can sign in using the Apple Music app.

Keep in mind, though, that you don’t need to pay for an Apple TV+ account to watch the games, as Apple has streamed every Friday Night Baseball game this season for free. (However, future seasons of Friday Night Baseball may require a TV+ subscription. This is advertised as a limited time offer.)

That means to watch Aaron Judge today, all you need is an Apple ID and a way to get the Apple TV app. The Apple TV app is available on Apple devices like iPhone, Apple TV 4K, iPad, and Mac.

Additionally, the TV app is also available on third-party platforms including Amazon Fire Stick, Roku, PlayStation, Xbox, Comcast Xfinity set-top boxes, and more. You can also watch on a PC in a web browser at tv.apple.com.

Then simply sign in with your Apple ID in the TV app and scroll down to find the Friday Night Baseball section. Tap on the game tile to start watching. If you’re using an Apple device running iOS 15.6 or later, the TV app supports pausing and rewinding the live stream.

While all the focus is on the Red Sox vs. Yankees game, the other baseball game today is the Cardinals vs. Dodgers. Both games stream for free today on the Apple TV app.

FTC: We use automatic affiliate links that generate income. Plus.