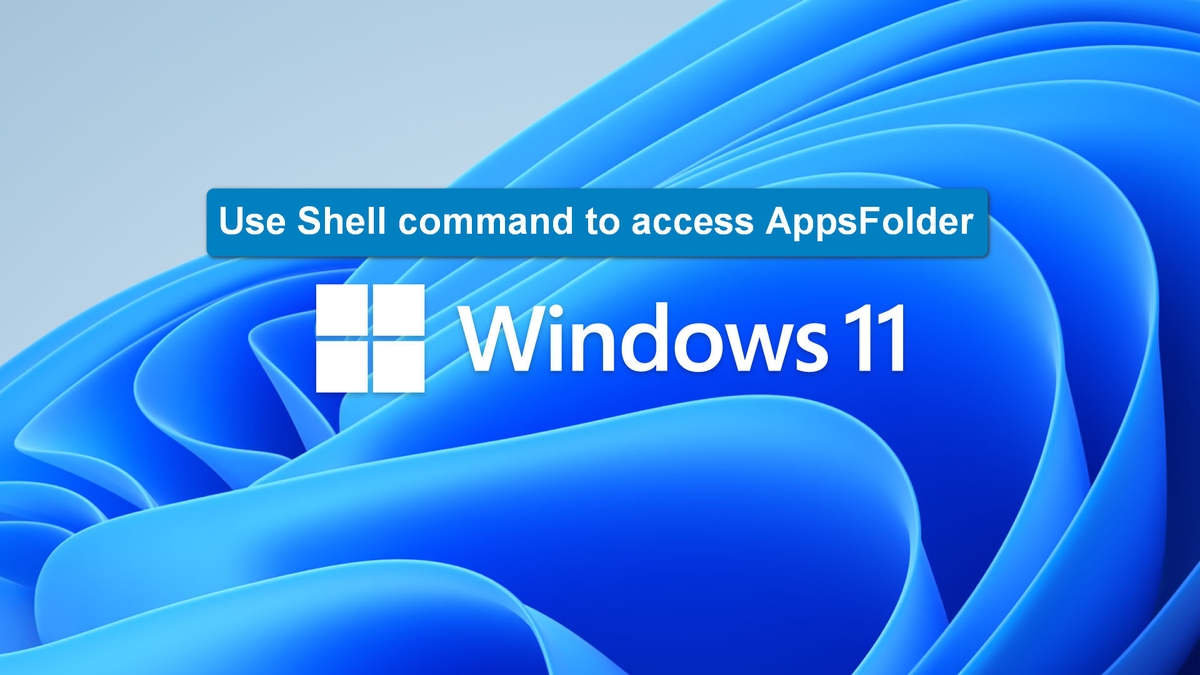 Power users of Windows 11 may want to access their apps faster without going through the Start menu. The shell command and some insider knowledge make it possible.

Whether you’re running Windows 11 or Windows 10 on your personal computer, the simplest and most conventional way to access any app is to hit the Start menu, scroll through the list of apps, and then choose the one you want. Most people find this procedure helpful, but some advanced users may want to simplify the process even further.

SEE: 100+ IT policies at your fingertips, ready to download (TechRepublic Premium)

With access to the Windows Shell command and a little insider knowledge, a user could bypass the Start menu and jump directly to the AppsFolder. Add a simple drag and drop procedure and that shortcut could reside permanently on the desktop or anywhere else you want to save your new shortcut. This technique will work for dozens of other Windows special folders and a similar technique was used to access god mode in a previous article.

The Shell command has been a part of the Windows operating system since the very beginning. The Shell command can be run from the command prompt or with the standard Windows 11 Run command.

Press Windows Key + R to open the Run dialog box as shown in Figure A. Type your shell command in the box, in our example shell:AppsFolder, and press OK.

That shell command will open the special All Apps folder and display it in the standard Windows 11 File Explorer, as shown in Figure B.

Note that the Applications folder we just accessed cannot be found via File Explorer using conventional means. It is a special hidden folder that must be accessed via shell command or other unconventional method.

Use the shell command in Windows 11 to access AppsFolder

Now that we’ve accessed the Applications folder in Windows 11 File Explorer, we can create a desktop shortcut to the folder. The easiest way to do this is by dragging the folder name from File Explorer and dropping it on a blank spot on the Windows 11 desktop, as shown in Figure C.

With direct access to the Applications folder, a user can access all their applications with a double click. This technique works for any of the dozens of folders and special features buried and hidden deep within the Windows operating system. Use the shell command in the Run dialog to access the folder. You can find a list of other Windows 11 Shell commands via Winareo.

The Shell command also works with GUID codes, but those codes are outside the scope of this article.