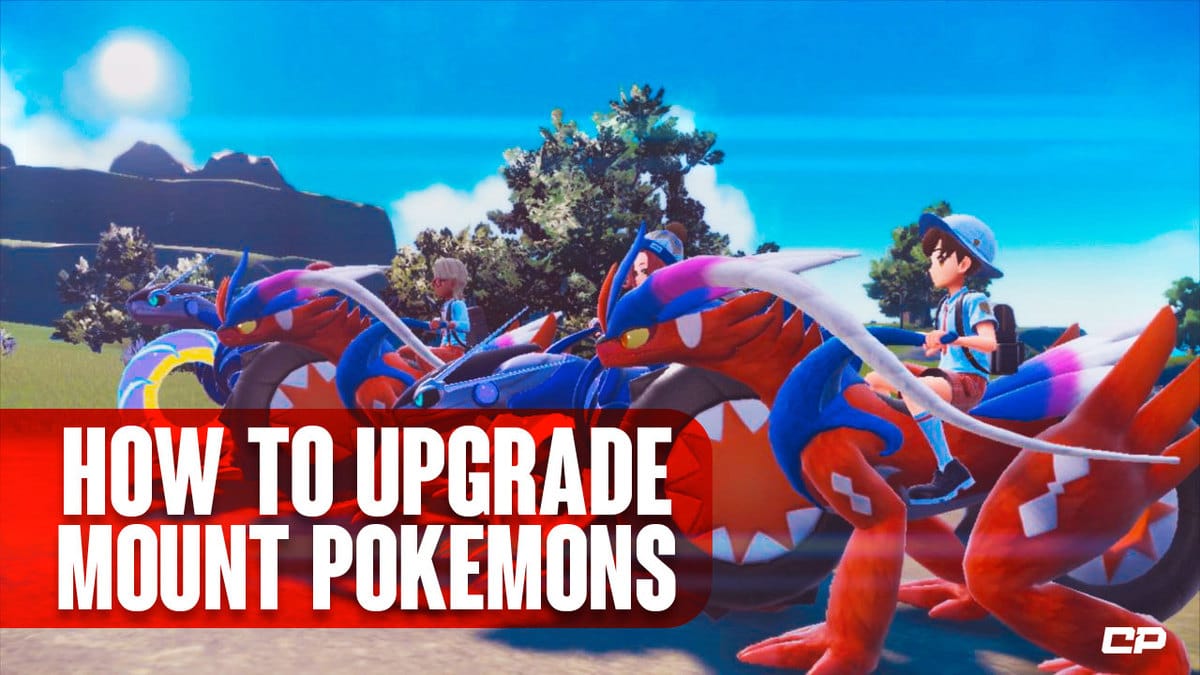 When you have your Pokémon Koraidon or Miraidon mount, you’ll want to have all five abilities to quickly navigate the Paldea region. The Path of Legends story gives you a chance to get all five of these abilities, but there is a test to get each of them for your mount. The test is to defeat Pokemon Titan in Pokemon Scarlet and Violet, where you need to help Arven take them all down to finish the story.

There are a total of five Titan Pokemon in Pokemon Scarlet and Violet, all carrying the powerful Herba Mystica, where each one will give your mount Pokemon an ability. Each Herba Mystica becomes a sandwich, which empowers either Koraidon or Miraidon. Using these power-ups will gain their mount abilities, giving them the ability to run, jump higher, swim, slide, and climb cliffs.

Here are all the Titan Pokemon in level order based on the level of Arven’s Pokemon joining you in battle. You will receive their respective corresponding Herba Mystica ability which is unlocked for your mount. Don’t rely too much on Arven’s Pokemon as they will just be a meat shield for you to use as most of the time they faint in battle. Klawf will meet you as a cheap version of Kingler but with a derp face instead of a serious one like our King Crab. Klawf is also a Rock-type Pokemon, which can be easily beaten by Pokemon with move types like Grass, Ground, Steel, Water, and Fighting. This will make the battle easier so you can clear it quickly as the battle is pretty straightforward as you are only fighting the Titan. Arven will bring out a level 16 Shellder for you to use as a distraction for Klawf.

Sweet Herba Mystica will give your Koraidon or Miraidon to learn to run.

Now Bombirdier can look elegant and friendly on the outside, packs a huge punch with each of his attacks. Bombirdier is a Dark-type and Flying-type Pokemon, which can be easily defeated by Pokemon with move types like Electric, Ice, Fairy, and Rock. This will also make the battle easier to complete quickly as the battle is pretty straightforward as you are only fighting the Titan. Arven will bring a level 19 Nacli for you to use as a support for Bombirdier.

Another cute but strong Pokemon to fight is Orthworm. Orthworm is a Steel-type Pokemon, which can be easily beaten by Pokemon with moves like Fire and Fighting. Note that it won’t take any damage from Ground-type attacks due to it having the “Earth Eater” ability, which absorbs Ground-type moves and converts them into HP. Arven will also bring a small level 28 Toedscool for you to use as support in the battle against the cute giant worm.

Salty Herba Mystica will give your Koraidon or Miraidon to learn to jump higher.

For this one, the Titan Pokemon will depend on the version you are playing. If you’re playing Pokemon Scarlet, you’ll be facing Great Fang, which is a Ground and Fighting-type Pokemon. If you play Pokemon Violet, you will be facing Iron Treads, which is a Ground and Steel type Pokemon. Both Pokemon are familiar as they look like separate evolutions of Donphan. You can easily defeat the Great Fang with Psychic, Flying, Fairy, Grass, and Water moves, while you’ll want to use Fire, Fighting, Ground, and Water for the Iron Treads Pokemon. Arven will still help you, but now with a level 44 Scovillain for the fight.

Sour Herba Mystica will give your Koraidon or Miraidon the power to glide off cliffs, close to flying.

In this fight, you will face 2 Pokémon to get the last Herba Mystica. The False Titan Dragon will appear first, after interacting with a Tatsugiri Pokémon in the area shown on the map. The first Pokémon you will face is Dondozo, who by name, is a false dragon. It’s only a Water-type Pokemon, so Electric and Grass-type moves will defeat it. Arven will also help you with a level 55 Greedent with him. After the fight with Dondozo, the real Titan will show itself, the Tatsugiri. Tatsugiri is the dragon of the two, having Water and Dragon as his types. The Dragon and Fairy movesets will help you defeat this “huge” monster.

Spicy Herba Mystica will give your Koraidon or Miraidon the ability to scale vertical cliffs with ease, allowing you to fully explore Paldea at last.

These are all the Pokémon Titans you need to take down to get all of your Pokémon mount’s abilities. There is a continuation of The Path of Legends story, but it’s up to you to discover it after defeating all 5 Pokémon Titans. You now have the ability to navigate and explore the entire Paldea region with ease to find more Pokémon to catch or secret locations to see.