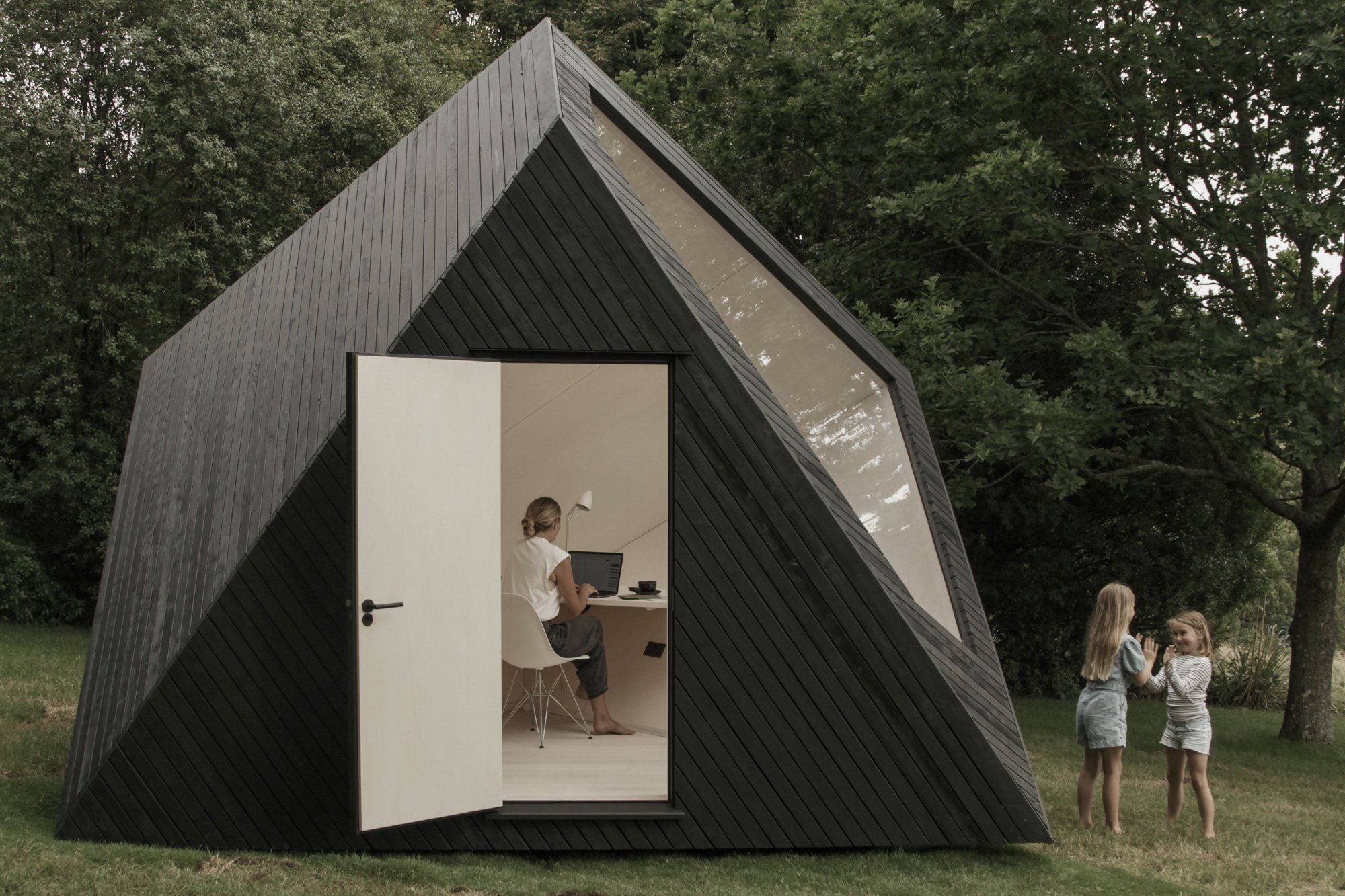 Bridging the gap between binaries

The conditions of hybrid work cultures can also inspire designers to find new forms of expression between binary concepts such as commercial and residential, professional and domestic, public and private, physical and virtual, synchronous and asynchronous, local and global, urban and pastoral. To structure this creative visualization process, we could identify a variety of scales (the body, the furniture, the room, the building, the city) and examine each through a spatial binary to imagine various intermediate conditions.

For example, if we think of the virtual/physical binary at the scale of a room, we can begin to imagine a variety of spatial technologies that bridge the gap between these binary concepts, ranging from display screens to augmented reality, virtual reality, and the like. even holographic projections. These in-between spaces can help us imagine entirely new conditions and environments for work, like virtual realities or digital twins.

While these methods are useful for imagining new spatial vocabularies, during times of cultural change they can also be powerfully applied to rethink market categories. Existing categories keep layout fixed on old patterns; What new opportunities might appear when we collapse the distinctions between residential and contract furniture markets, for example?

The needs of the WFH are individual, not universalme

During the initial lockdown, a friend described creating a work-from-home space in her bedroom, where she could close the door and have some acoustic separation from her noisy children. She soon discovered that this solution was worse than the problem because she valued her bedroom as an emotional escape from work life. Now the work was always present in what was once a place of refuge. Stories like this are common today. Workers must often collapse their multiple identities (worker, parent, spouse, and others) into a single space.

Crucially, it is not just the spaces of work and home that are becoming integrated in new ways, but also the temporal rhythms, social relationships, and identities associated with each. People’s experiences with the WFH are highly contextual and vary widely based on their overlapping identities and needs as individuals. Some younger workers report less satisfaction with WFH because they often share domestic space with roommates, which can create spatial problems. On the other hand, some caregivers—parents of young children, for example—find the flexibility of the WFH liberating. But at the same time, for every parent who prefers to work from home, there is another who longs to return to the office. Diversity abounds within and between categories.

What new ways could space and furniture mediate between people to allow home life to unfold alongside work life? How can adults share space with children (or adults) while both are doing “homework”, and what are the temporal dynamics of these relationships? Are there ways for family members to share the space while doing different activities? Obviously, these questions apply to the home, but they rarely apply to the office. How could the shared office be designed as a more “domesticated” family space?

The design challenge is to look beyond the physicality of spatial forms to understand the deeper social needs that spatial forms can serve. It’s important to recognize that the reasons for choosing remote work vary widely, and those reasons must be navigated and negotiated in hybrid work cultures.

Taking a closer look at these social needs, we can recognize a variety of modal attitudes and strategies in the way workers self-manage their connections between space, time, and identity to navigate a new mix between work and home.

This list is far from exhaustive and its categories are not exclusive; however, these modes helpfully remind us that work and home can relate to each other in myriad ways. Furthermore, this myriad of relationships involves not only spaces, but also schedules, identities, social relationships and cultural expectations that are sometimes compatible and sometimes not so compatible. Only by taking all of these factors into account can designers help people navigate these relationships in highly contextual ways that are tailored to individual needs.

As noted in the first essay in this series, the pandemic has already forced many processes of change. While designers may be called upon to remix and reimagine work cultures as a response, we must also watch, listen and learn from the pandemic. In our next section, we’ll interpret some of those changes and what they might mean for the evolution of work cultures.

Scott Klinker is director of the Scott Klinker Design Studio and has been a 3D designer in residence at Cranbrook Academy of Art in Michigan since 2001, where he oversees the graduate 3D design program. His practice strikes a balance between cultural research, industry projects and experiments, and work with design-driven clients such as Herman Miller, Alessi, Steelcase, Landscape Forms, Burton Snowboards, and others.