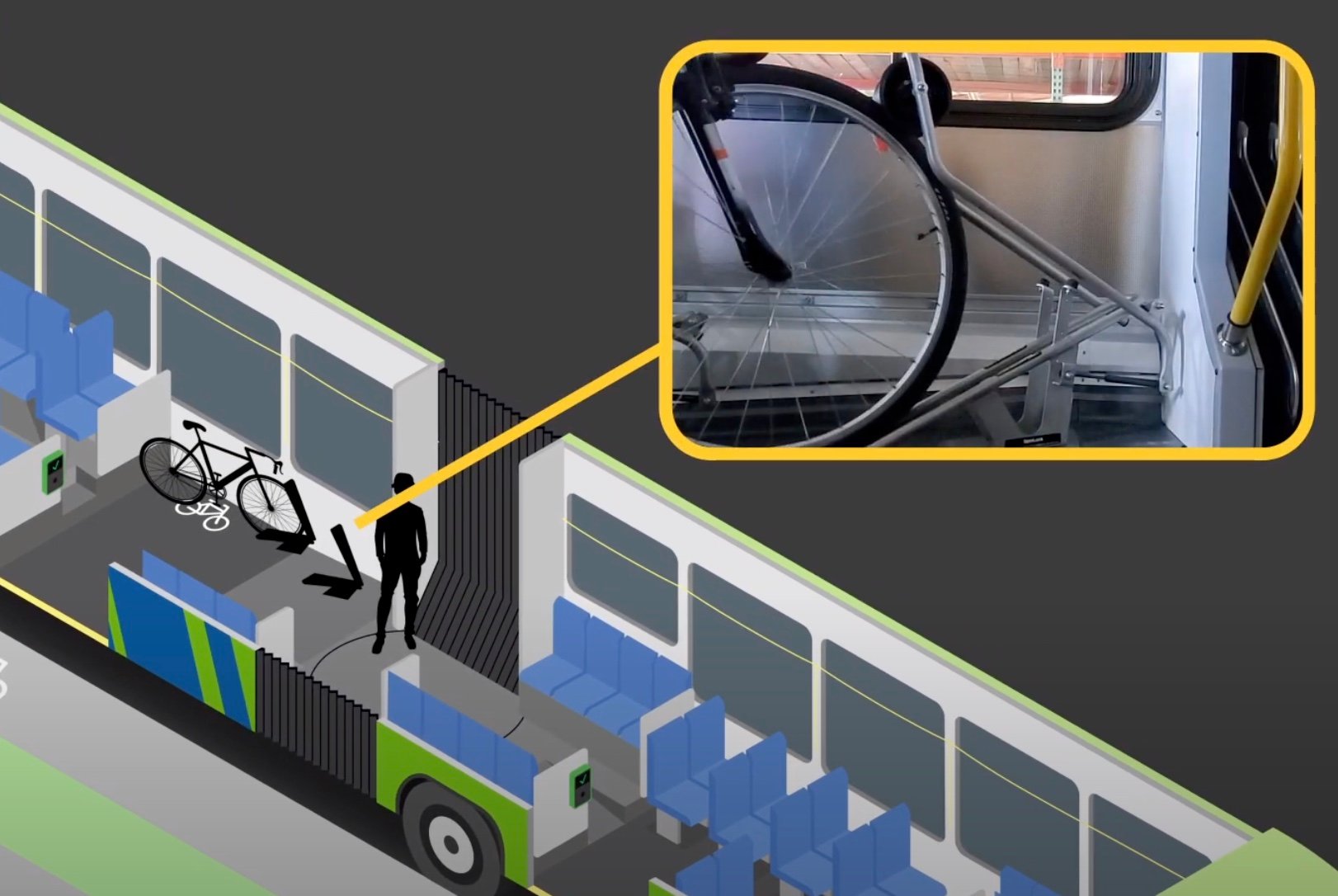 Believe it or not, we are less than a month away from the debut of TriMet’s long-awaited new “Frequent Express” (FX) bus service along Southeast Division Avenue. TriMet says the new $175 million line, which they promise will run from downtown Portland to Gresham 20% faster than today, will open on September 18.

While it’s not quite the Bus Rapid Transit (BRT) system we’d hoped for, it’s still much faster and cooler than TriMet’s other lines. The new service promises 12-minute headways throughout the day, boarding at all doors, signal priority, and chunks of bus-only lanes. In addition to faster travel, TriMet will introduce a new type of bus. Articulated (also known as flexible) “FX” buses are 20 feet longer than a standard TriMet bus and can accommodate 60% more people.

It is all very exciting and we will have much more to report in the coming days and weeks. We have already shared several stories about how the bike lane interacts with the new bus station platforms. We’ve also done some exploring and heard a lot of stories about how the new bike lanes and other infrastructure changes in Division installed along with bus service work (Or not). We’ll get to them in a separate post.

For now, I want to share how the bikes will get on board.

No more lifting your bike and placing it on the front racks with the FX. Bringing a bike on board will be more like taking the MAX light rail because you’ll board from the back and bring your bike to the bus. As you can see from the graphics in a handy TriMet video I discovered yesterday, each bus will have two bike racks.

In the video it looks like you’ll just roll the front wheel on the rack and that’s it. There is a small designated bike space where you can stand with your bike. You can tap your fare on a reader near the bike racks. But if you want to pay cash or need something from the bus operator, you’ll need to leave your bike and walk to the front.

This is the part that concerns me. Bike theft on MAX buses and cars has always been a problem. I don’t think many people feel safe leaving their bike unattended for too long. Especially on a bike rack that looks like someone can pull the handlebars and ride the bike out the back doors.

If the rack is full, you will have to wait for the next bus. Fortunately, there are 12-minute previews on the FX line. That’s not as good as we’d get with a true BRT system (2-5 minutes), but it’s pretty quick in relative terms.

I’m looking forward to seeing how the new racks perform in real life. And it just so happens that I’ll be riding the new line next Monday as part of a TriMet media preview event. If you have any specific questions or issues you’d like me to address while I’m there, please let me know and I’ll make a note for more information on Monday.

For now, get a basic introduction from TriMet’s handy video below:

Contact Jonathan at @jonathan_maus on Twitter, by email at [email protected], or by phone/text at 503-706-8804. Also, if you read and appreciate this site, please become a contributor.