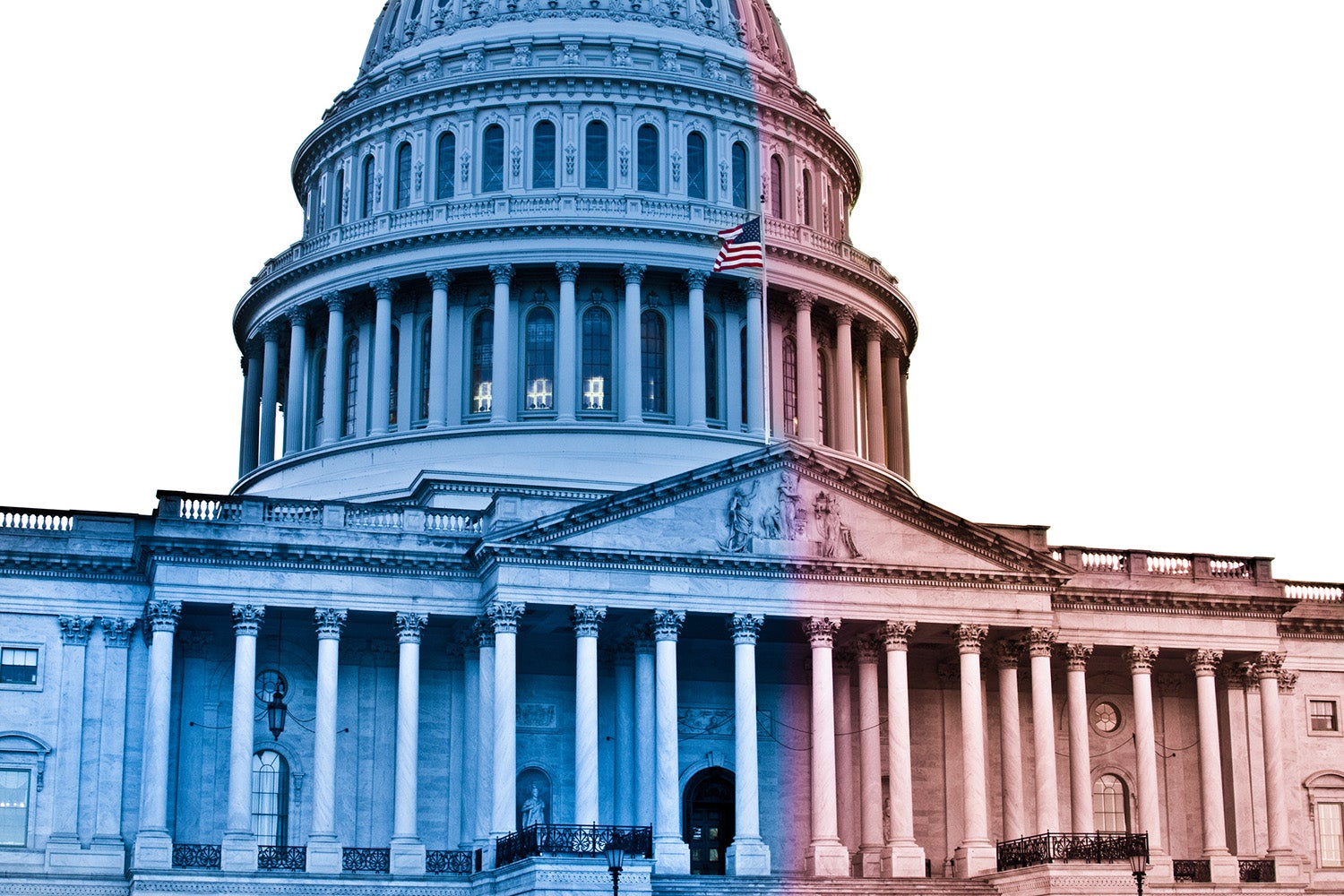 American democracy is at risk, Stanford scholars and others have warned. 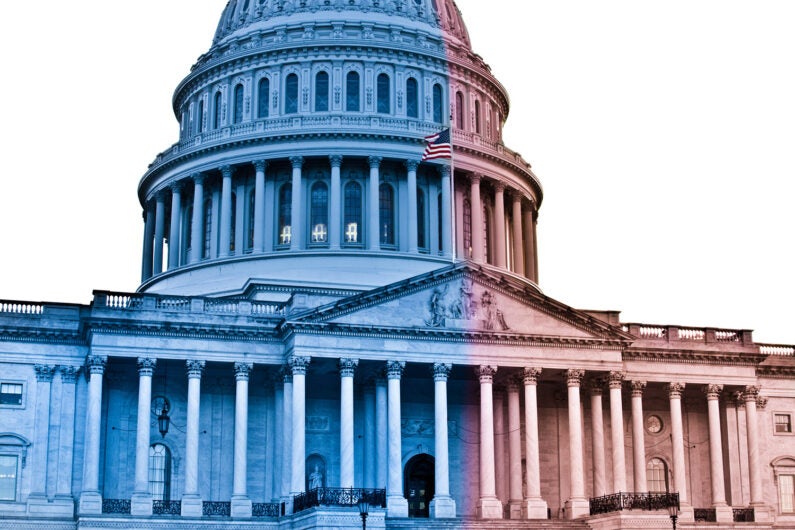 A Stanford-led project has identified a number of strategies that are effective in reducing American support for anti-democratic candidates and practices. (Image credit: Getty Images)

Many studies have found that anti-democratic attitudes and support for partisan violence are at worrying levels among the American public, partisan animosity is growing, and Americans are willing to compromise democratic principles for partisan gain.

Stanford sociologist Robb Willer is among those concerned about what these attitudes mean for the stability of democracy in the US.

To counter some of the risks Willer and many Americans worry about, Willer launched a massive three-year project to test a variety of simple, scalable ways to counter anti-democratic beliefs that threaten the country’s political future.

Now the results of their experiment, conducted on a national sample of more than 32,000 American partisans, have been published in a working paper and on a website, Strengthening Democracy Challenge.

Overall, Willer and his team found a set of effective strategies that reduced support for anti-democratic practices, candidates, and partisan violence. Partisan animosity was also reduced by many of the interventions they tried. The researchers also found that the strategies they identified often impacted other outcomes, such as opposition to bipartisan cooperation and biased perceptions of politicized events.

“This is important because, if a country has free and fair elections, the public provides a critical check against undemocratic candidates,” said Willer, a sociology professor and director of the Polarization and Social Change Laboratory. “So an important way to prevent politicians from engaging in undemocratic practices is to somehow mobilize voters to oppose them, and the threat of that can help deter these actions in the first place.”

The study, which was released in July 2021, was motivated in part by the research team’s concerns about anti-democratic trends emerging in the US, particularly false claims about voter fraud that ultimately culminated in impeachment. from former President Donald Trump that the 2020 US Presidential Election was stolen. of it – and its implications for democratic governance. 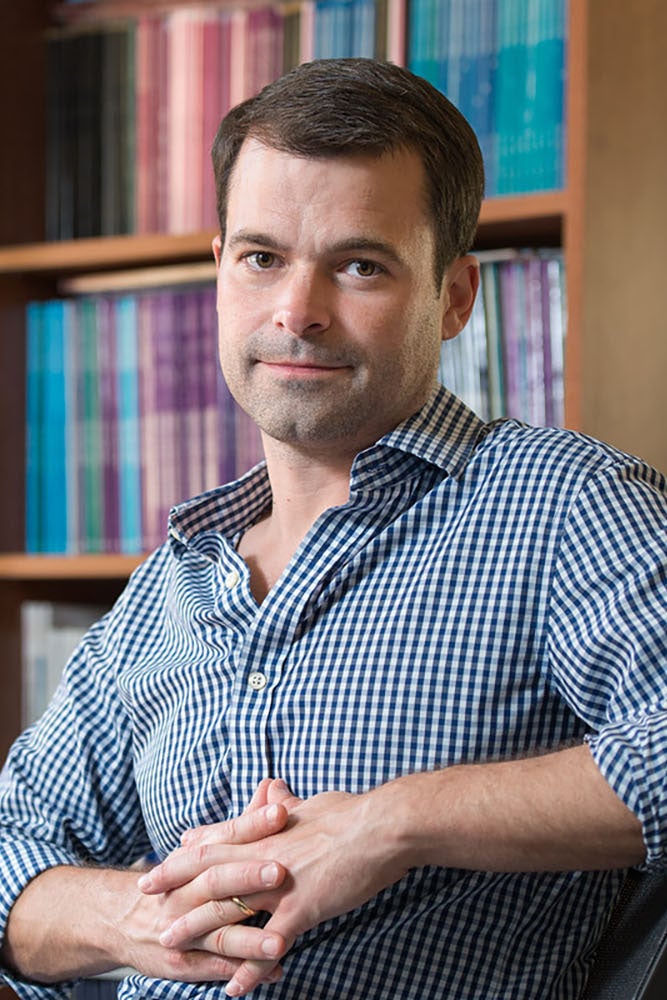 “One of the most troubling trends we’re seeing right now is widespread skepticism and even denial of the 2020 election results,” said Willer, who is also co-director of the Center for Philanthropy and Civil Society in the College of Humanities and Sciences. at Stanford University. “Just as troubling to me is that among the vast majority of Republicans who don’t No If you believe the 2020 election is rigged, many, perhaps most, are likely to vote for the many politicians who do not speak out against these baseless suspicions.”

From there, the Strengthening Democracy Challenge was established.

The team make a wide call soliciting input from both the academic research community and those working on these issues in non-profit and activist groups. They asked that the ideas, or “interventions,” be brief and something that participants could engage with online.

Willer and his team received a large number of responses from academics around the world. “The challenge brought together some of the best ideas that social scientists and practitioners have to offer, allowing us to choose the 25 most promising interventions from a total of 252 submissions we received,” said Jan Voelkel, a doctoral student in sociology and one of the principal investigators of the project. In collaboration with an advisory board of leading academics and practitioners in the field, project leaders chose a variety of ideas, including videos, a chatbot quiz, and writing guidelines.

This broad scope allowed scholars to compare different interventions directly with each other and to investigate how the outcomes they studied are or are not connected; for example, they found that the interventions were more effective in reducing partisan animosity, but that partisan animosity was not related. to most of its measures of anti-democratic attitudes, with the exception of support for non-democratic candidates.

The scholars were also able to identify which interventions tended to be more successful.

For example, those who reduced partisan animosity the most tended to highlight close and sympathetic people with opposing political views and/or cultivate a sense of shared identity across parties, the team noted.

The team also did a follow-up study with about half of the study participants to see if the interventions had lasting effects. They found that interventions were often long-lasting in reducing partisan animosity, but the effects on anti-democratic attitudes were more limited. One possible explanation is that the interventions may need to be given repeatedly or combined to have longer lasting effects. “We are really testing interventions that represent strategies to intervene effectively. By applying the knowledge in the field, you will want to strengthen these interventions,” said Willer.

One of the highest-performing interventions was presented by Stanford doctoral candidate Katherine Clayton and Michael Tomz, the William Bennett Munro Professor of Political Science at Stanford.

“There is a lot of research in psychology and political science that suggests that emotions can shape political attitudes and behavior,” Clayton said. “We were interested in whether we could harness a powerful emotion, fear, to bolster citizens’ commitment to democracy. We believe that part of the reason citizens do not always profess their commitment to democratic values ​​is that they find it difficult to imagine what it would be like if democracy failed.

Participants viewed a video showing images of the politically motivated chaos and violence that followed the democratic collapse in several countries: Zimbabwe, Venezuela, Turkey, and Russia. Slides briefly explained what the rulers did to stay in power, such as refusing to recognize election results, prosecuting critical journalists, and jailing political rivals. Sinister music also played in the background. The video closed with a foreboding question “Could it happen here?” and cut to footage of the mob storming the US Capitol on January 6.

“We decided to juxtapose images of unrest in failed democratic states against the uprising on Capitol Hill to suggest that America could be headed down a very dark and scary path if citizens do not affirm their commitment to democracy,” Clayton said.

After the three and a half minute film, the participants learned how to defend democratic values, such as respecting the separation of powers and criticizing political violence.

Willer and his team found that the intervention of Clayton and Tomz decreased partisan animosity and reduced support for both undemocratic candidates. However, there was an uptick in support for political violence, an effect academics attributed to Republican participants, many of whom now perceive the attack on Capitol Hill as a legitimate protest.

Another intervention that the project tested, Beliefs about political empathy: a tool to reduce partisan animosity and political violence, was developed by Stanford psychology scholars Luiza Almeida Santos and Jamil Zaki and was intended to show the value of empathy in political discourse. In their intervention, the participants learned about the benefits of empathizing with people from opposite political parties and were asked to reflect on how empathy can be useful in politics.

Here too, the scholars found that the intervention significantly reduced reported partisan animosity by Democrats and Republicans.

Willer and Voelkel hope that the results of the project will be a useful resource for organizations, political leaders, and social media platforms seeking to foster a healthy democratic environment.

“The interventions form a promising toolbox that can be applied to reduce many problematic attitudes,” Voelkel said. “For example, our research finds that correcting the misperceptions of rival supporters can have powerful effects. We hope that social media companies distribute content that helps correct widespread misperceptions that American supporters have of each other.”

The team is now working with organizations to assess the effects of these interventions in the field.

Funding for this project came from the Civic Health Project, the Fetzer Institute, the Stanford Center for Philanthropy and Civil Society, the Stanford Impact Laboratories, the Northwestern University Institute for Policy Research, the Office of Naval Research at the United States Department of the Navy, the TDF Foundation, and the Ford Motor Company Center for Global Citizenship. This work is supported by a Stanford Interdisciplinary Graduate Fellowship.