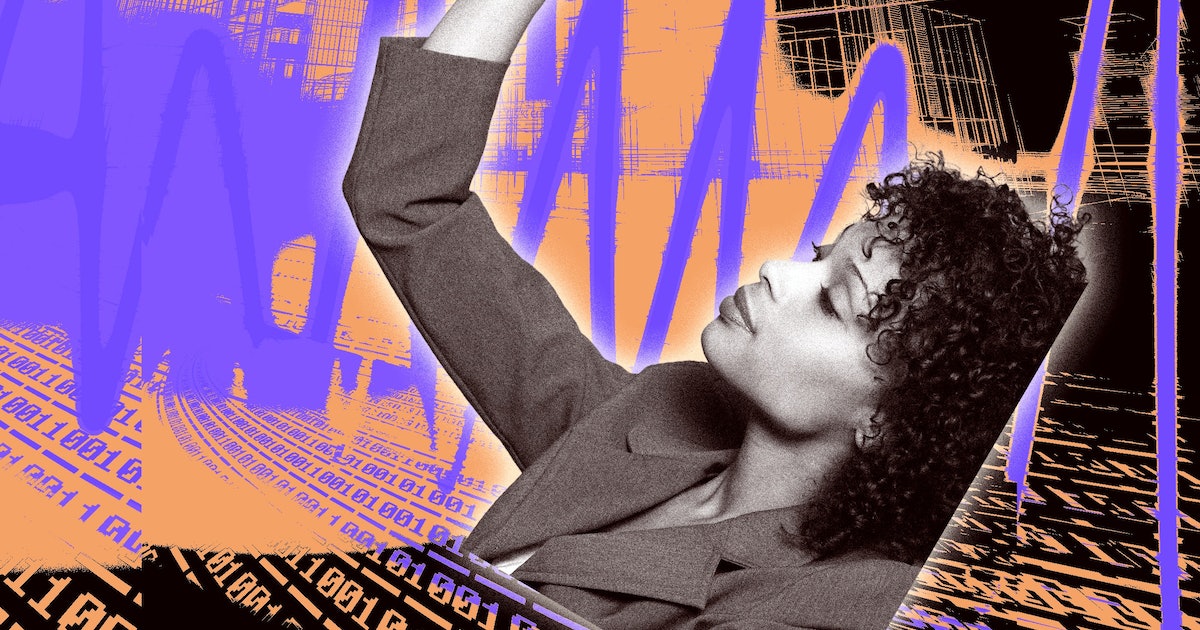 Thanks to the ubiquity of data collection, everything about you can be collected, and has likely been sold.

In its broadest sense, data is information, so it is not limited to what is collected online. The physical notes your health care provider takes? Data. Gossiping with friends? Yes, you are collecting data. But with the online data market projected to grow from $162.6 billion in 2021 to $273.4 billion in 2026, the digital form of data has established itself as a primary concern.

The lack of strong federal oversight around Big Tech’s data collection aided its predatory expansion. Now, online tracking is so common that the Pew Research Center reported that about 60% of American adults don’t think it’s possible to go through daily life without being tracked in some way. In particular, blacks are more likely than whites to say they are being tracked both online and offline.

As a journalist who often covers surveillance, I am acutely aware of the central role data plays in organizing our lives. Whether you’re examining data through the lens of Harvard professor Shoshana Zuboff’s surveillance capitalism or Community Justice Exchange’s criminalization of data, at the end of the day, we’re all screwed. Rather than feel condemned, however, some people see the inevitability of data collection and think, “How can I use this to my advantage?”

Earlier this year, I connected with Magalie Kalukula, a consulting engineer at IBM. We were both participating in a mutual friend’s documentary. It was all the black women in the room, and after the interviews, we started talking about data. There, Kalukula told us that she sells her own data because, to paraphrase, “someone is going to make money anyway. Why not me?”

The comment stayed with me. So, I reconnected with Kalukula to chat about his experiences selling his data through Streamlytics. Founded in 2018, the company describes itself as “bringing humanity back to data.” It gained increased attention after Issa Rae acquired a minority stake in 2019.

In our conversation, Kalukula talked about why she’s always been “weird” with data, even, or maybe especially, as a Big Tech worker, and why she wants more black people to take over this technology.

How long have you been selling your own data? What got you started?

Well, what a funny story. I’m a big fan of Issa Rae, right? I’ve always been weird with data because my major in college was engineering technology. That forced us to take a lot of classes focused on technology and the use of technology, meaning our data and all.

Now, back to the whole Issa Rae angle. I follow Issa Rae to the letter. A couple of years ago, she invested in this new company called Streamlytics. They had this whole thing to become part owners. And, all of Issa Rae followed because she was an awkward young black girl.

[Streamlytics] it was basically a place where you could download your data and sell it online. I thought that was a good idea. I was like, “Why not do it? I can always use the extra money.” Depending on the type of data you have, it can flourish, that’s how I got into it.

Can you explain a little more about the process of selling your data? Is there another app that you know people use or that you have ported to use yourself? And, if you feel comfortable sharing, how much do you earn doing this?

I can only use Streamlytic’s culture app, culture.io. The main reason I use it is because it is publicly funded, which means that normal people are the main owners. It is also owned by a large part of the blacks. That was pretty important to me.

I looked at other apps and didn’t feel very comfortable selling my data to [them]. That’s why I decided to stick with the Streamlytic-based app, culture.io. But [using] It’s as simple as entering your account [on an app]. My best advice is to do it through a desktop because you can see everything. Sometimes apps don’t have the same option.

Amazon is a great app. You can consult data and privacy. Find my data and download your data. Culture.io on desktop is very flexible. Once you download your data, usually as a JavaScript file, you can upload and sell it. As with other companies trying to buy data from Amazon, they can buy from you.

The way culture.io works is that you fill out an account by describing yourself. you’re selling [data] to people looking to get more information from someone who has your character. Depending on how much I’m using an app, I can earn roughly $100-$200 a month.

You mentioned that you’ve always been “weird” with data. And I remember when you were talking after the documentary interview, you said something like, “If they’re going to buy it anyway, I want to be in control of that.” Can you elaborate on that point of view? And why have you felt uncomfortable with the data?

I’ve always been weird with data because I understand what data means. To summarize, I am an immigrant from the Congo. Looking at my story as a young man, we came to the US and lived in an ICE facility. All of our information was easily accessible to everyone, if that makes sense. We had no privacy; we slept in rooms with other people.

So privacy has always been a big thing for me because, coming to the United States, it was quickly taken away from us. But then going to school, learning about the CIA, Patrice Lumumba and what data is, how important it is. we think of [data] as information on the internet. But they are also whispers from different people. it’s the channel. It’s very much about the human voice and how we used to constantly spread information using the human voice, regardless of the medium.

Being in the Philadelphia school district, everything was too monetized. then entering [college], everything was too much monetized, and even more so now working on Big Tech. My job is literally sorting unordered data. Things you post on social media [and] in other places, my job is to sort that out and get information. Every time someone visits websites, they accept cookies. Like, whatever, I’m just trying to use a website. It’s people like me who go through this and say, “Yes, Black women ages 21-25 frequently visit this website this month. We should reduce our sales to have it during this month so we can make more money.”

Everything is for sale. Understanding that and seeing it in real time gives me a different perspective on the data. Especially, I think, coming from a very unprivileged life, unintentionally. But also working in an area where we basically invade privacy. That’s why I’ve always been weird with data.

That’s why [I’m] like, I know they’re going to take the data anyway. So I will benefit because everyone else is already doing it. Particularly the black ones. I always feel like these are things that other bands have already been aware of for a long time. I feel like as a people we are always the last to know. That’s why it’s important to me to spread the word about Streamlytics.

We can deny many websites from tracking us. [For example]the United Kingdom [Data Protection Act] was signed in 2018. Now, it’s important to say, “Okay, I’m denying [some] people [the ability to] follow me But those websites that need to track me to give me suggestions, like Spotify, what can I do with the things I’ve allowed them to track?”

Is there something you want to add?

The main takeaway from this is that our lives will become less private. I want [Black people] to seize data and technology. As a marginalized group, we are the most manipulated by our data. For me, it is important to spread the knowledge of what you can do with it. We must not allow ourselves to be guided, but lead, especially when it comes to the information that these large corporations give us.