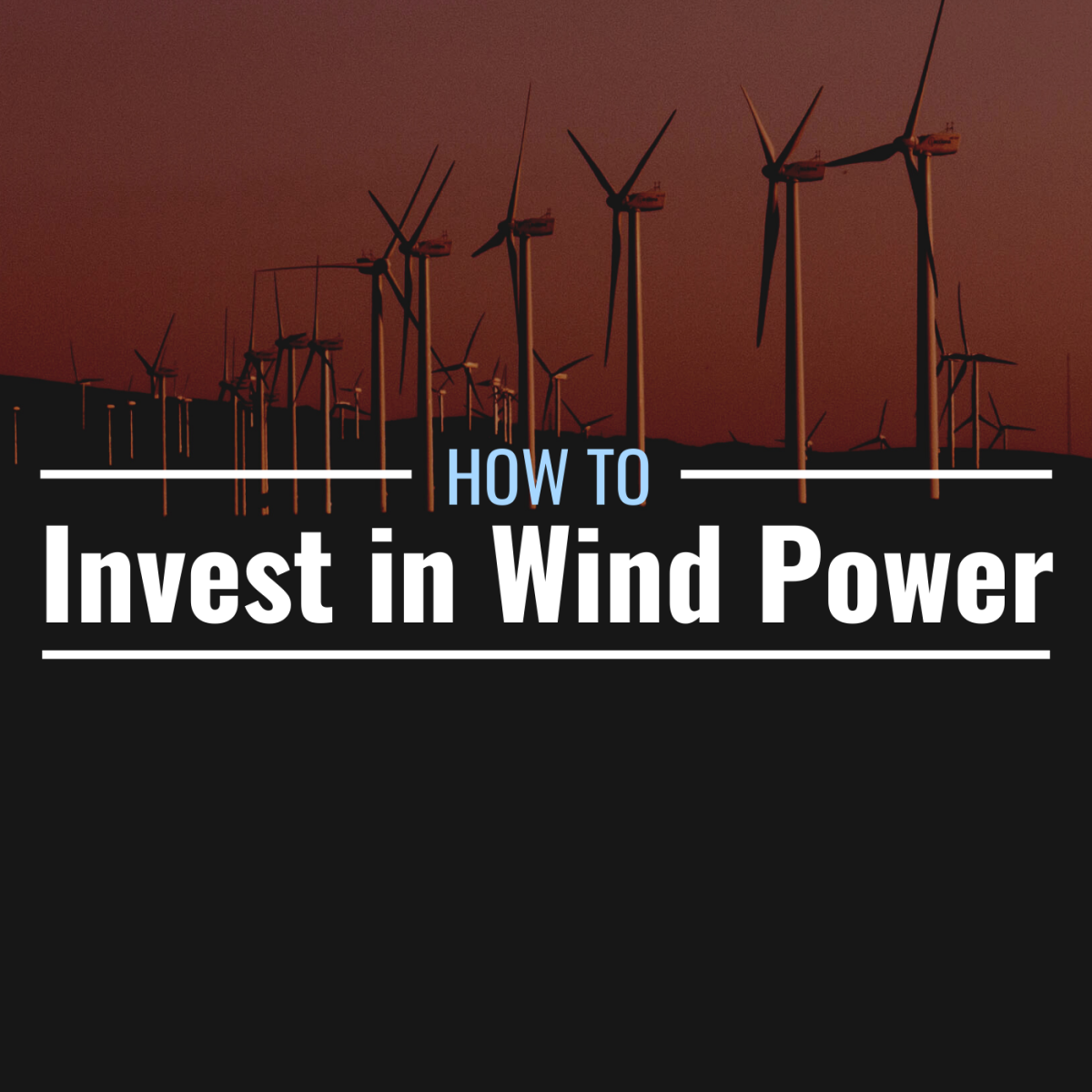 What is eolic energy?

Wind power refers to wind energy used to generate mechanical work or electricity. The classic mechanical illustration of wind power is a windmill, a device with sails or blades that uses the wind to turn a wheel that grinds grain. Today, wind power generally refers to rows of specially designed towers that harness the kinetic energy of the wind to spin a turbine that generates electricity to power lights and electronics in homes, offices, and factories.

Large-scale construction and installation costs for wind power have dropped significantly since the 2010s due to the proliferation of wind farms and increased turbine production. Utility providers are the biggest collectors of wind power, but as with solar power, non-commercial use is catching on and homeowners with enough space are installing small turbines in their residences.

With zero carbon emissions, wind is increasingly becoming a viable source of clean, renewable energy to produce electricity. According to statistics from the US Department of Energy, the total annual generation of electricity in the US from wind power increased from approximately 6 billion kilowatt-hours (kWh) in 2000 to approximately 380 billion kWh in 2021.

In 2021, wind power accounted for 9.2 percent of total utility-scale electricity generation, surpassing solar with its 3 percent share of production. In 2020, a typical US utility customer used 10,715 kWh each year, indicating that wind produced electricity for tens of millions of homes.

Europe accounts for the majority of wind energy production worldwide, and companies based in countries such as Germany, Denmark, Spain, and the UK have more experience than US companies in manufacturing and installing wind power. wind power equipment.

How is wind energy collected?

There is a maximum efficiency at which wind turbines can harvest energy from the wind, and that’s known as the Betz limit, set at 59.3 percent. Newer turbines can capture up to 50 percent, suggesting there is room for improvement as turbine technology advances further.

Innovations in blade design allow the blades, usually made of fiberglass and resin, to twist and bend in the wind to prevent breakage during high winds, and a single turbine can produce enough electricity to power thousands. of homes continuously.

Where is wind power generated?

Onshore wind farms account for almost all of the electricity production from wind in the US, but offshore tower installations are gaining ground. Department of Energy maps show the land and coastal areas where wind capture is most efficient.

Most wind turbines are installed on extremely tall towers averaging 280 feet in height. Rural areas are ideal for installation, while urban areas are not due to the space required for installation. In the US, the areas in and around the Great Plains are ideal for wind farming. Parts of Kansas, Oklahoma, and Texas show the greatest potential for harnessing the kinetic energy of the wind for electricity production.

The East and West coasts of the US and the Great Lakes have the potential to produce enormous amounts of wind power due to strong winds. Shallow waters are best for installing towers, but there are limited areas across the country for installing fixed-bottom structures.

Offshore structures, such as a mooring system that connects a floating structure to the ocean floor, make it feasible to use wind turbines in deeper waters. The only offshore wind farms operating in the US are off the coast of Rhode Island and Virginia. (Fixed vs. floating fund)

How to invest in wind energy

Unfortunately, there is no market to trade electricity from wind power generated in the US. But the industry does have a renewable energy-based wind index futures contract in Germany that trades on the Nasdaq known as the Nasdaq Renewable Index Wind. Germany (NAREX WIDE). The contract was first traded in 2015 and is primarily used to help companies hedge against risks linked to changes in wind output.

Created in December 2005, the ISE Global Wind Energy Index is one of the oldest indices tracking publicly traded companies in the wind energy industry globally. Holdings in the benchmark index range from utilities such as France’s Engie SA (ENGI:IM) and Spain’s Ibredrola (IBE:BMAD) to turbine manufacturers such as General Electric (GE:NYSE) and ABB (ABB:NYSE). .

Another example is the Solactive Wind Energy Index, which focuses on companies involved in the development of wind turbine manufacturing, as well as power generation, wind technology and services.

Below is a chart of the ISE World Wind Energy Index from May 2013 to August 2022. The data shows that investment returns on wind energy-related companies were flat from 2013 to 2020 and increased over the past few years. years of that period.

Many fund management companies have started to capitalize on wind energy with their ETFs, with some using the Solactive Wind Energy Index as a benchmark. Among the most popular ETFs are the First Trust Global Wind Energy ETF and the Global X Wind Energy ETF.

Holdings in wind ETFs are skewed towards utilities outside the US, specifically China, Canada and European countries, and turbine equipment manufacturers.

Utilities play a dominant role in wind power, from the installation of wind towers to the distribution of electricity generated from wind power. Public Service Enterprise Group (NYSE: PEG), for example, is working on a wind farm off the coast of southern New Jersey. The more wind turbine utilities install, the less they will need to rely on fossil fuels like natural gas to power their generators. Wind becomes an abundant and free source of energy for utilities, helping them reduce costs in the long run.

Companies that produce structures and equipment for wind turbines tend to benefit from the boom in wind power. Just four turbine manufacturers, led by General Electric (NYSE: GE), supplied all of the installed US wind power capacity in 2021. The other three companies were Siemens-Gamesa Renewable Energy (OTCMKTS: GCTAY), Vestas ( OTCMKTS: VWDRY), and Nordex (OTCMKTS: NRDXF), all of which are based in Europe.

What is the bottom line of wind power?

More states are getting involved in wind production, both onshore and offshore. With about 10 percent of the total electricity generated in the US coming from wind, there remains greater potential to gain market share from fossil fuel-based power generation. Since legislation at both the state and federal levels includes the development of onshore and offshore wind energy, the energy produced from the wind is likely to increase.

Onshore wind farms account for nearly all of the energy produced by wind in the US, but offshore wind power production offers the greatest potential for increased electricity production due to underdevelopment compared to onshore.

The Reducing Inflation Act, passed in August 2022, provides incentives for clean energy production, including from wind, and that is putting the US on track to achieve its clean energy goals for 2030 and beyond. China and Europe have the edge in wind power production, but the US could catch up and take the lead.

Turbines and blades are likely to get more efficient, and towers could get taller as wind technology continues to improve. While the power produced by the wind can fluctuate throughout the day, electricity storage batteries can provide a balanced output to consumers. Lithium-ion battery manufacturers like Tesla (NASDAQ: TSLA) stand to benefit from the use of battery storage.

The following are answers to some of the most common questions investors ask about wind energy.

Wind can generate electricity throughout the day, while solar power relies on sunlight. However, installing wind farms tends to be more expensive than installing solar parks, and they also require more maintenance. Utility companies are considering storing the energy produced from the wind through batteries.

What are the disadvantages of wind power?

Wind is not always constant and fluctuations can alter the amount of power generated. The noise generated by wind turbines can be very loud and the rotating blades can kill birds. Leaves also have a finite lifespan and thousands of leaves each year end up in landfills. However, some companies are trying to find ways to recycle and reuse discarded blades.