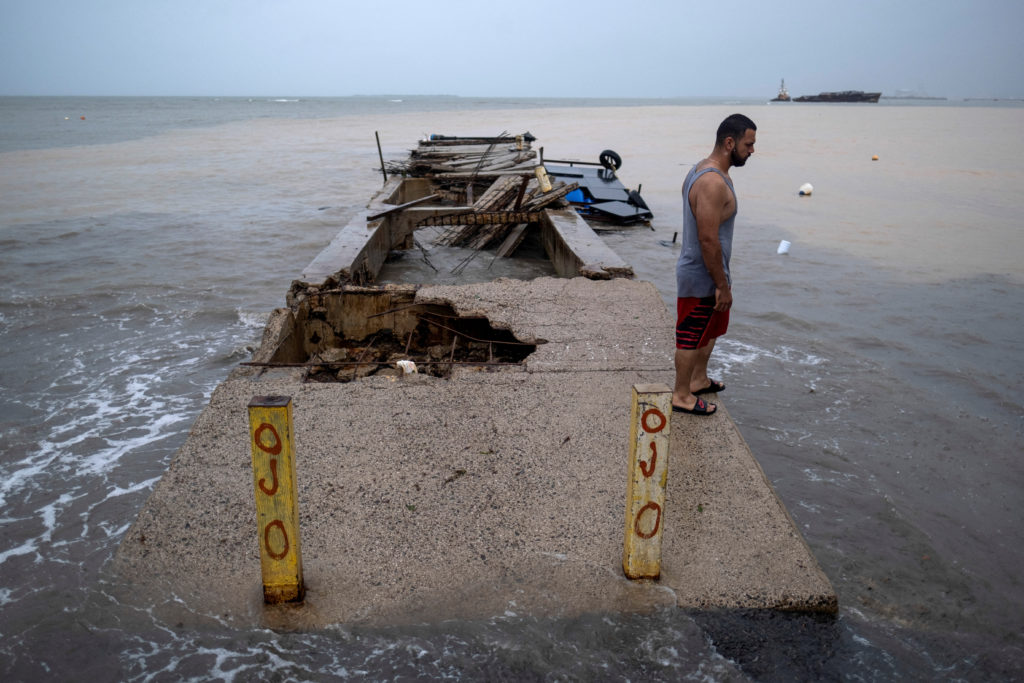 A hurricane that hit Puerto Rico on Sunday has left at least one person dead and millions of island residents without power or running water.

Hurricane Fiona, the sixth named storm this season, is only the third to transform from a tropical storm to a hurricane since the Atlantic hurricane season began in June.

The Category 1 hurricane brought sustained winds in excess of 85 mph and torrential rain, with some regions receiving up to 25 inches, leading to flooding and mudslides. It also caused an island-wide blackout.

More than 1.3 million customers were still without power as of midday Monday.

Puerto Rico Governor Pedro Pierluisi said power had been restored to more than 100,000 users as of Monday afternoon and estimated the outage should last no more than a few days.

Fiona made landfall on US soil two days before the fifth anniversary of Hurricane Maria.

Puerto Rican authorities say the island’s power grid and infrastructure are still reeling from the devastation caused by Maria, which cut power for nearly a year in some places and created the largest blackout in US history.

President Joe Biden approved an emergency declaration for Puerto Rico on Sunday, authorizing the Federal Emergency Management Agency to provide disaster relief services to those affected by the most recent hurricane.

Here are some ways to help.

Needs on the ground now

Local nonprofit and grassroots organizations are mobilizing as quickly as possible and asking for additional help to help meet the urgent needs of Puerto Ricans.

“This is very different from Maria. A major problem here is the rain,” said David Guadalupe, president of the National Voluntary Organizations Active in Disasters (VOAD) of Puerto Rico. “We need everyone’s support as a way to remember the last five years.”

Puerto Rico VOAD established 25 long-term recovery groups spread across the island to expedite regional relief efforts in response to Maria’s destruction. Guadalupe encourages those who wish to contribute to visit their website or donate directly to their members, who are part of a network of more than 2,600 organizations helping Fiona’s victims.

The Hispanic Federation, a nonprofit organization based in Washington, is requesting financial support after sending volunteers to coordinate its network of 100 community partners.

International Medical Corps has teams in Puerto Rico that are responding to Hurricane Fiona. They are working together with local authorities and accepting donations to provide critical care for victims.

“The government and the power company worked hard to restore power to critical areas, like the medical center, where we call the Medical Center in Puerto Rico,” Dr. Michelle Carlo, medical advisor for Direct Relief of Puerto Rico, told PBS NewsHour. , “which is the only tertiary hospital on the island”.

Diaspora for Puerto Rico, a nonprofit organization based in New York City, has launched a site seeking donations to fund local volunteers and community-led organizations amid the escalating response to the disaster, as it is estimated that 5.8 million Puerto Ricans live outside the island.

Myriam Lorenzo, president of Stronger than Maria, a nonprofit organization created after the 2017 hurricane, has focused on bridging the gap between Puerto Rico and the continental United States.

She remembers the volunteers who came from the United States to support her efforts after María. Lorenzo’s team has rebuilt 629 houses in nearly five years, but building materials are expensive to buy on the island. His organization is asking for donations through PayPal to help Puerto Ricans deal with the effects of another hurricane.

Necessities range from food and drinking water to tarps to cover collapsed roofs and even new mattresses, as children sleep in the cold mud.

Donations were not coming to Puerto Rico at the time, Lorenzo said, explaining that they were mostly funding their operations themselves. He led the creation of Somos Puerto Rico, a group of local artisans who sell handmade artwork, clothing, handicrafts and furniture, donating a quarter of their profits to charities including Stronger than Maria.

“What we would like to do is also stimulate the economy of Puerto Rico,” said Lorenzo, “letting people outside the island know that we have a group of very talented artisans who do beautiful work.

She said this service would raise money she can pay local artisans while providing resources to support ongoing disaster-related relief efforts, including Fiona.

“We started from scratch,” Lorenzo said. “I think this is the way we’re going to do it again.”

How to avoid charity scams