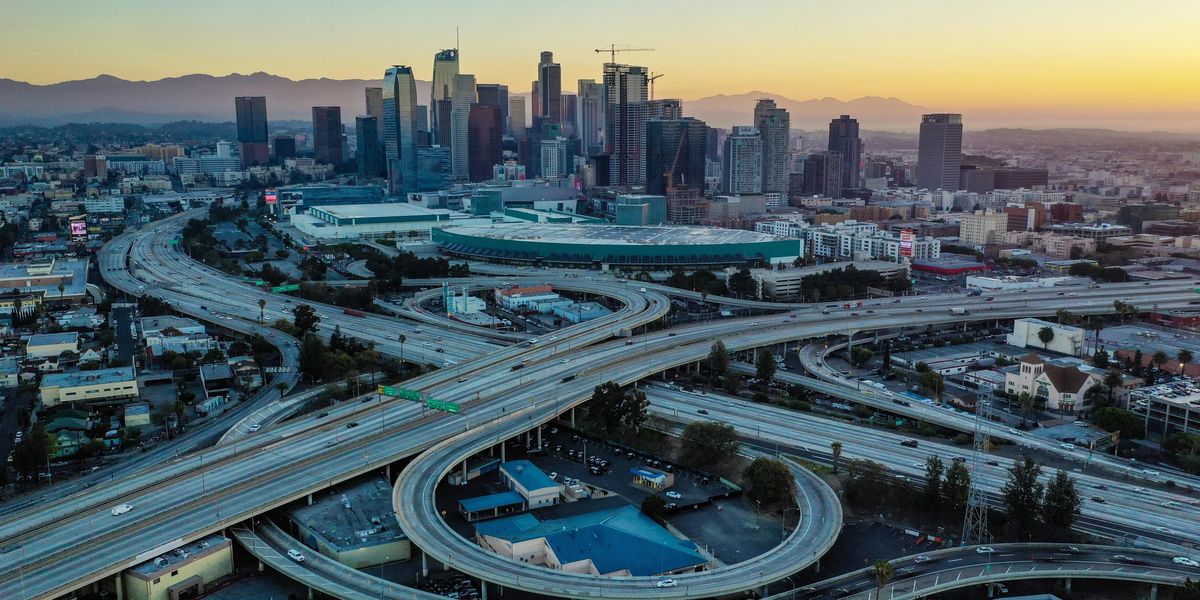 Good morning! California regulators have approved a ban on the sale of new gasoline-powered cars by 2035. And if history repeats itself, other states, and even countries, will follow suit.

California will ban all gasoline-powered cars from being sold in the state by 2035. And while questions remain about how exactly manufacturers — and their suppliers — can make this work, the mandate could still help change the future of clean transportation. .

The big question: Can automakers deliver? A growing number of automakers already have plans to electrify much, if not all, of their offerings, including GM, which plans to sell only zero-emission vehicles by 2035. Other automakers aren’t far behind.

The mandate is good news for companies that only use electric vehicles like Tesla and Rivian. Traditional automakers have the cash and manufacturing capabilities to make electric vehicles, and are likely to catch up and overtake industry leader Tesla. But they have a balancing act to perform as they continue to sell gasoline-powered vehicles.

California’s mandate could be historic, and not just because it’s the largest auto market in the country. It’s also a trendsetter when it comes to clean transportation, which could make it a “world-changing approach to how we think about transportation,” Brian said. In fact, that’s already started to happen.

The clown car and the gold mine.

Twitter has never been able to say what it is. Evan Williams, who originally financed Twitter, and Jack Dorsey, who helped create it, fundamentally disagreed about what they had unleashed on the world.

Now, Dorsey’s successor has narrative problems. Parag Agrawal doesn’t like the stories being told on Twitter: He told employees that whistleblower Peiter “Mudge” Zatko was creating a “false narrative” about the company.

Zuckerberg’s Twitter narrative is the only one that’s really stuck. Now we have a clown car guarding the gold mine. Twitter, because it is poorly managed, has a mountain of technical debt, including its security. However, there is still gold out there for foreign spies, cryptocurrency scammers and others to mine. That’s how we got to this juncture with Musk trying to grab the steering wheel. And, presumably, make the clown car drive itself or send it to Mars. Anything seems better than this.

Accessibility is a never-ending task

For Slack’s Sommer Panage, the accessibility job is never done. “A common challenge for companies is to say, ‘Oh, we made our product accessible. And now it’s done,’” Panage told me. “But is not the case”.

Panage joined Slack four months ago from Apple, where he worked on iOS accessibility and has since helped focus Slack’s accessibility efforts. Here are some points from our conversation for anyone thinking about accessibility:

DataRobot’s Financial Services AI Cloud unlocks the art of the possible: DataRobot continues to attract customers in financial services who want to de-risk their AI investments and rapidly scale AI to nearly every part of their operations, resulting in better productivity and higher customer satisfaction.

Senator Ed Markey not excited on Amazon’s plans to turn the Ring Doorbell videos into a TV show:

After announcing the launch of a voter registration portal, Coinbase’s Faryar Shirzad said that cryptocurrencies and Web3 are big topics of public interest:

Sandeep Pandey leaves Twitter for Meta, where he will reportedly work on artificial intelligence and machine learning. Pandey has been at Twitter for about a decade, working his way up to vice president of engineering.

Tesa Aragonés is now part of Dave’s board of directors, the fintech company. She previously served as the director of marketing for Discord and VSCO.

Alan Black and Bob Beauchamp have joined Nextiva’s board of directors. Black was CFO of Zendesk and Beauchamp was CEO of BMC Software.

T-Mobile and SpaceX are working together to “end mobile dead zones,” allowing T-Mobile users to be able to use messaging from the most remote parts of the US.

Twitter has yet to release data on Elon Musk on bots and spam accounts, but not as much as Musk originally asked for. A Delaware judge has called Musk’s original request to produce years of data “absurdly broad.”

The United States and China are working on an agreement to prevent Chinese companies from being delisted from US stock exchanges. An agreement could be reached as soon as next month.

Meta is adding a customer service team that will accept complaints about accounts or posts being unexpectedly removed, following pressure from the Oversight Board.

Wondering where to operate your company’s data center? Centers in the Midwest tend to be the most carbon intensive, while those in Europe are the least.

Heroku ditches free plans in late November for “fraud and abuse.” It will also delete inactive accounts in October.

Tesla wants an advocacy group to delete videos of their cars running over child-sized mannequins, calling them “defamatory” of their driver-assist technology.

Amazon signed an agreement with Plug Power to supply it with hydrogen fuel, annually powering 30,000 forklifts and 800 heavy trucks for the company.

Joe Rogan had Mark Zuckerberg on his show this week. Zuck discussed the difficulties spending time on Twitter, Hunter Biden’s laptop, and Meta’s VR headset, among other things.

DoorDash said some customer details were accessed by an “unauthorized party”. Payment card information, emails and delivery addresses were among the data stolen.

What it takes to put humans on the moon (again)

NASA’s Artemis mission will return astronauts to the moon for the first time in decades, opening the door for the first woman and first person of color to walk on the moon, perhaps as soon as 2025. year of delays, the first uncrewed launch is finally scheduled for next week. Don’t miss The Wall Street Journal’s explanation of the mission and what it means for the future of space travel.

DataRobot’s Financial Services AI Cloud unlocks the art of the possible: Banks need to secure a competitive advantage in an increasingly close race to take advantage of best-in-class technology. Decision makers need to not only plan a future-proof strategy, but also recognize the value of AI that could boost not only their internal performance but also their reputation among their global clients.