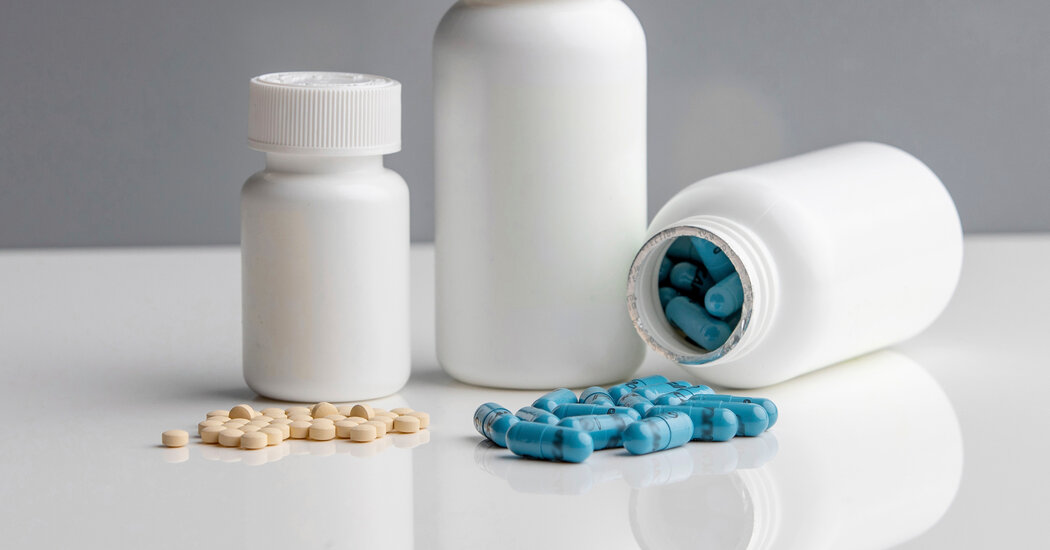 Heart disease kills more people than any other condition, but despite advances in treatment and prevention, patients often fail to adhere to their medication regimens. Now researchers may have found a solution: a so-called polypill that combines three drugs needed to prevent cardiovascular problems.

In what appears to be the largest and longest randomized controlled trial of this approach, patients who were prescribed a polypill within six months of a heart attack were more likely to continue taking their medications and had significantly fewer cardiovascular events, compared with those given the usual variety of pills

The participants also experienced a third fewer cardiovascular deaths, although their overall risk of death from all causes did not change significantly.

The study of more than 2,000 heart patients, who were followed for three years, was published Friday morning in The New England Journal of Medicine, while the findings were being presented at the European Society of Cardiology Congress in Barcelona.

The study is the culmination of 15 years of work by researchers led by Dr. Valentín Fuster, director of Mount Sinai Heart at Mount Sinai Hospital in New York City and director general of Spain’s National Center for Cardiovascular Research.

“Combination pills are easier for the doctor and the patient, and the data is pretty clear: It translates into a benefit,” said Dr. Thomas J. Wang, chairman of the department of internal medicine at UT Southwestern Medical Center, who was not involved in the research, but wrote an editorial accompanying the study.

The availability of a polypill also appears to push doctors to write prescriptions more in line with practice guidelines, Dr. Wang added: “Under normal circumstances, doctors often prescribe less than the drugs that should be given.”

The polypill combines a blood pressure medication, a cholesterol-lowering medication, and aspirin, which helps prevent blood clots. The idea was first floated two decades ago in a more radical form: Advocates proposed giving everyone a daily polypill once they turned 55, saying it would reduce cardiovascular events by 80% worldwide.

That notion was roundly criticized and quickly dismissed. But the benefits of a polypill for patients at risk of heart problems have been proven in numerous studies since then. Polypills are already available to treat other medical conditions, such as HIV and hepatitis C, Dr. Wang noted.

The polypill used in the study has not been approved by the Food and Drug Administration and is not available to patients in the United States at this time. Dr. Fuster said the results of the new trial will be submitted to the agency shortly in an effort to gain approval.

He called the new study results “surprising” and said the polypill’s benefit for prevention rivaled that of low-dose aspirin, which is now routinely prescribed to people who have already had a heart attack or other cardiovascular event.

And since participants were even more likely to continue taking the polypill over time, he said, “The potential results could be even better with more follow-up.” Several studies have shown that only about half of patients, or even fewer, take all of their medications as directed.

All enrollees had survived a heart attack in the previous six months. They were over 75 years old or at least 65 years old with other health conditions such as diabetes or kidney disease. Overall, about 80 percent had high blood pressure, nearly 60 percent had diabetes, and more than half had a history of smoking.

Nearly all of the patients were white, and less than a third were women. The vast majority were not high school graduates.

Half of the trial participants received the polypill, while the other half received usual care. There were several types of polypills and the treatment was adapted to each patient.

All polypills contained 100 milligrams of aspirin, but doctors could choose between three doses of ramipril, a blood pressure drug, and two doses of atorvastatin, a cholesterol-lowering drug.

Medication adherence was higher among polypill users, and increased over time, the researchers found. At six months, 70.6 percent of the polypill group were following their regimens, compared with 62.7 percent of those taking the usual variety of pills.

At 24 months, about three-quarters of patients were still taking a polypill, compared with 63.2 percent of patients taking regular pills.

Over three years, 12.7 percent of patients taking a variety of pills had another heart attack or stroke, or died of a cardiac event or needed urgent treatment to open a blocked artery, compared with 9, 5 percent of patients who took a polypill, for a relative. 24 percent risk reduction.

However, there was no difference between the two groups in overall mortality, as the reduction in cardiovascular deaths in the polypill group was offset by deaths from other causes.

When asked why the polypill was effective and why medication adherence was so poor, Dr. Fuster said, “People forget when they have to take a number of pills, they don’t take them all, or they don’t know how to take them. take none.”

Although most patients follow treatment immediately after a heart attack, adherence declines after the first few months, he said.

The polypill may be less expensive to produce and distribute than a series of different pills. The findings may help make cardiovascular prevention therapy more accessible, especially for people in low- and middle-income countries.

Although the patient cohort in the European study was highly homogeneous, other studies have looked at polypill use in minority and underserved populations.

Dr. Wang led a study of a prescription polypill for the primary prevention of cardiovascular disease in a group of low-income, mostly black adults in Alabama. Adherence was very high, and the participants saw greater reductions in cholesterol and blood pressure than those who received the drugs as usual.

Overall mortality decreased among patients assigned to polypills, as did serious cardiac events, particularly among those who were at low risk to begin with and had no prior heart disease.