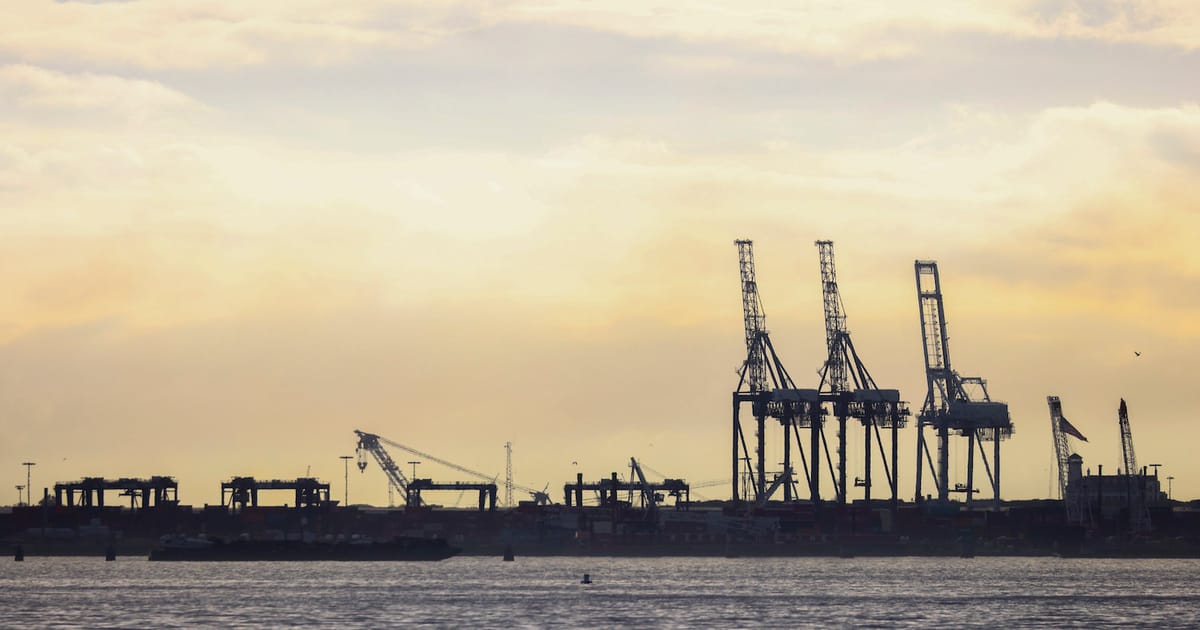 Such initiatives reflect a greater effort within the sector to resolve the perpetual ​““chicken-and-egg problem” that is hampering shipping’s clean-energy transition, Browne said.

To spur action on the land side, Ports for People recently developed a nine-point playbook outlining actions maritime hubs can take, such as offering financial incentives for cleaner ships entering ports; replace port vessels that consume a lot of diesel with less polluting models; and purchasing more renewable electricity to power ships idle at berth and recharge battery-powered ships and equipment.

With those criteria in mind, the environmental campaign followed through with a series of report cards to assess progress, or lack thereof, in fifteen of the main container ports in the world. The group eventually plans to review all fifty ports included in the World Shipping Council’s list of busiest container ports.

“We wanted to take a snapshot of where some of the largest ports are today in this transition,” Browne explained. Instead of assigning letter grades, the group placed the ports into one of three categories.

Ports in the ​“jumpstart”, the bottom category, are those who should immediately start planning and adopting zero emission strategies. This includes Tanger Med, Morocco, which is Africa’s main port and a fast-growing hub, thanks to its proximity to Europe, but lacks a formal climate target.

Ports in the ​“accelerate”, the middle category, must expand and accelerate their existing plans. Take Busan, on the southeast coast of South Korea. The city’s port is committed to being carbon neutral by 2050, has adopted electric cargo cranes and plans to introduce its first electric passenger ferry next year. Ports for People recommends that Busan also adopt a zero emissions shipping target for 2040 and fund efforts to produce greener fuels and build cleaner ships.

The ports at the top ​“the “full speed” category already has decarbonization plans in place, but you may need to prioritize and focus on certain aspects.

The ports of Los Angeles, Long Beach, Singapore, and Vancouver belong to this top group. They earned high marks for building charging infrastructure on land, electrifying port equipment, and working to launch zero-emission ships for 2030. But all four were urged to drop their support for the use of liquefied natural gas as a marine fuel. Despite LNG produces fewer air pollutants than today’s heavy fuel oil when burned in ships, it remains a major source of methane, a potent greenhouse gas.

Advocates say politics is a missing piece in port cleanup

To help maritime centers comply with many of Ports for People’s suggestions, regulators and government agencies will need to set stricter policies and provide more incentives to make the switch, Browne said.

In the United States, for example, the Inflation Reduction Act includes $3 billion to reduce air pollution and advance zero-emission technology in ports. That’s on top of the $17 billion provided in the 2021 infrastructure law for the improvement of ports and crucial waterways. But completely revamping port fuel supplies and facilities and replacing dirty equipment at coastal and lakeside ports will likely cost billions more.

The same is true of efforts to scale green hydrogen, which so far are largely driven by company promises and not industry-wide rules forcing a shift to cleaner fuels, O’said. Leary of Opportunity Green.

“Investors and shipping companies tell regulators: ​‘Look, we’re actually ready to move. but we need that [policy] sign,’” he said. ​“Otherwise, it’s really quite a risky prospect for a shipping company, or even a hydrogen producer, to rely on shipping demand. [scaling up] without the regulations.”

While the climate conference in Egypt focused on emissions from shipping, the real work of setting maritime policy will come later in London. The International Maritime Organization, a UN body, is scheduled to hold environmental meetings in December and next summer to negotiate a net-zero emissions target for 2050.

O’Leary said that given the recent momentum, he is optimistic that negotiators can finally set meaningful rules to limit emissions from shipping and drive investment in cleaner fuels. Whether that will be enough to decarbonise shipping in just a few decades remains to be seen.