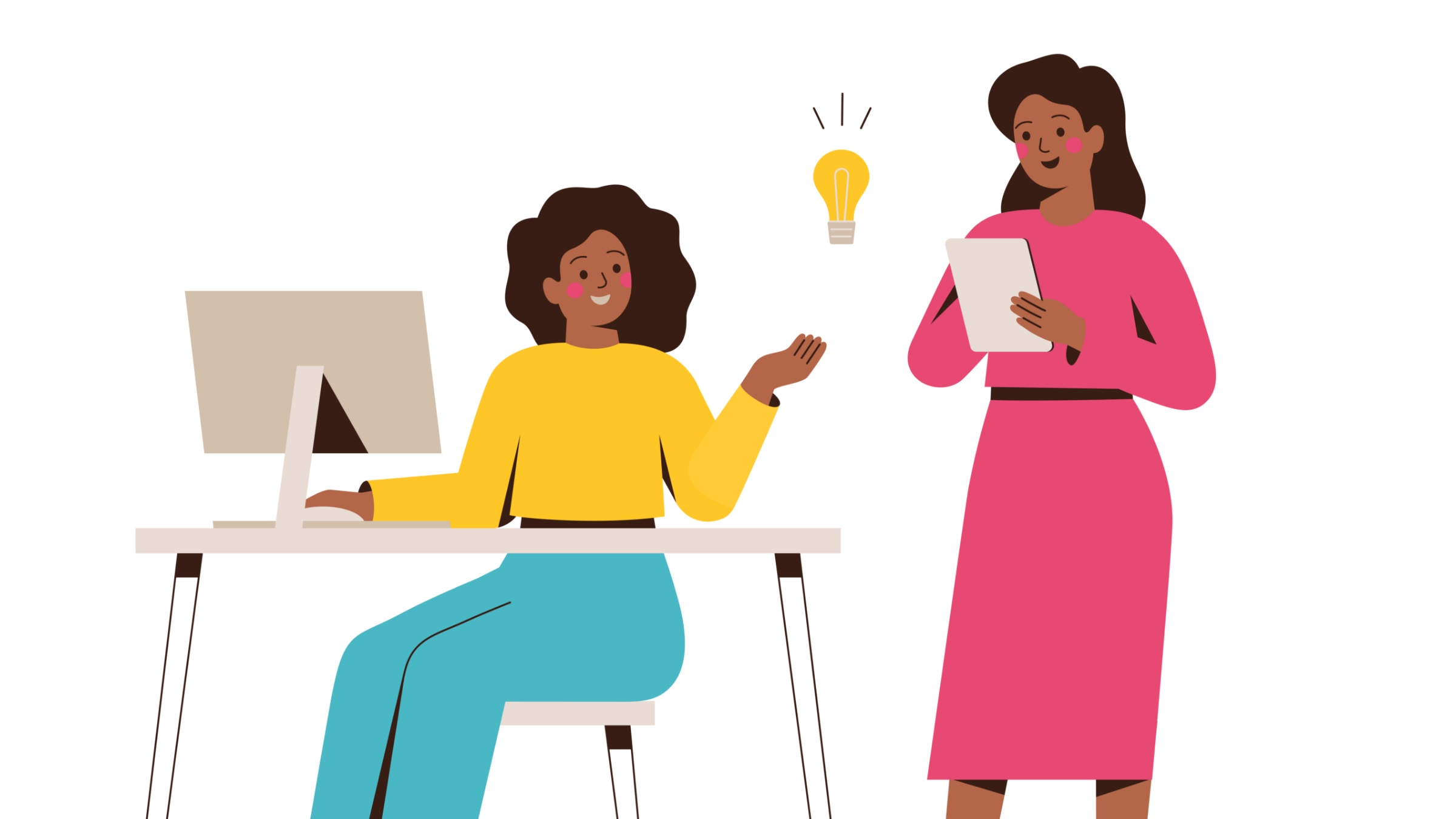 Hispanic and Latino representation in the fields of science, technology, engineering and mathematics, or STEM, was not a great idea for David Eduardo Flores-Prieto when he was a college student in Monterrey, Mexico. Almost all the students, professors and role models in his university were Hispanic like him.

Even when Flores-Prieto spent a year as a graduate student at University College London, half the student body was made up of international students who shared her background. The university also had a well-established and close-knit group of Hispanic students who supported each other. 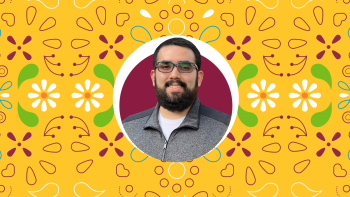 David Eduardo Flores-Prieto, a doctoral student in biomedical engineering at Arizona State University’s Ira A. Fulton Schools of Engineering, saw a need for more support for Hispanic and international graduate students at ASU, so he created new communities and has supported existing communities. for various groups in the fields of science, technology, engineering and mathematics, particularly biomedical engineering. Graphic by Dana Hernandez/ASU
Download full image

She then came to the United States for her doctoral studies at Arizona State University and immediately noticed a different landscape for Hispanic students in STEM.

In the US, according to 2020 statistics from the American Society for Engineering Education, 9% of master’s degrees and 7% of doctorates in engineering fields are awarded to Hispanic graduates, and only 4 % of faculty in engineering-related fields are Hispanic. — representation that lags behind the total Hispanic population in the country by about 20%.

Flores-Prieto found it difficult to identify dedicated role models and support networks tailored to the needs of Hispanic international graduate students like himself. So he decided it was time to take the lead and become a community advocate for him.

“It was important for me to realize that if change is going to happen, I have to contribute,” says Flores-Prieto, who is now in her third year as a doctoral student in biomedical engineering at the Ira A. Fulton Schools of Medicine. . Engineering at ASU.

Since his early days in defense, Flores-Prieto has worked diligently to help Hispanic and Latino students thrive in biomedical engineering and STEM, not just at ASU but across the US.

Daniel E. Rivera, a chemical engineering professor at Fulton Schools who identifies as Hispanic, sees greater Hispanic and Latino diversity—as well as the diversity of all people—in engineering as something that strengthens society.

“We benefit greatly from sharing the skills, knowledge and different points of view that come from our Hispanics/LatinxGender-neutral term sometimes preferred for a person from, or whose ancestors were from, a Spanish-speaking or Latin American land or culture culture and heritage,” says Rivera. “Diversity makes David Flores-Prieto’s efforts that much more valuable and appreciated.”

Building a support system from scratch

Flores-Prieto was excited to begin working on neurodegenerative disease and traumatic brain injury research with his advisor, Sarah Stabenfeldt, an associate professor of biomedical engineering at the Fulton Schools. However, his move to a new country to begin his doctoral program came at an especially difficult time.

“I started my program in January 2020, and in March 2020, COVID started,” he says, “so I was immediately isolated and it was very difficult the first year.”

When Flores-Prieto realized that ASU did not have an established group for international Hispanic graduate students like the one she had been a part of at University College London, she decided she needed to create one. Within a few months of the start of the pandemic, she collaborated with some of her peers from Mexico and founded the Mexican Graduate Association for International Students at ASU.

The organization helps international graduate students with resources for a smooth transition to life in the US, as well as peer mentoring, professional networking, and cultural events.

After more than a year of interacting only online, the association was able to hold its first in-person event last year, a proud moment for Flores-Prieto. Finally, the group members were able to meet and enjoy trivia games, food, and a fun experience with other international Mexican graduate students at ASU.

“Just knowing that there is a community out there that can support you, that’s what we wanted to do, and I think we delivered,” says Flores-Prieto, who is grateful for the guidance he received from ASU Graduate College staff and the group. faculty advisor, Professor Enrique R. Vivoni, to help fill this need for students like him.

Flores-Prieto often serves as a mentor for college students in the LatinXinBME community who are thinking about graduate school, and in another mentoring program with college students at his alma mater in Mexico, the Monterrey Institute of Technology and Higher Education.

He finds that international Hispanic students may face cultural expectations and challenges specific to their communities. Through his mentoring role at LatinXinBME, Flores-Prieto had in-depth discussions on topics like supporting family at home on a graduate student salary, an issue many graduate students may have to grapple with when they decide to pursue studies. advanced.

“Role models and mentors are extremely important, particularly for Hispanic and Latino students who may choose careers in research and academia in STEM fields where multiple degrees are required and ‘barriers to entry’ are high,” says Rivera. “Having the opportunity to speak with someone who can confirm that the challenges you are facing are not unique, battling ‘imposter syndrome,’ or simply having someone who can pronounce your name correctly can be very meaningful to a Hispanic or Latinx student” .

In addition to helping college students move to the next stage in their academic journey as a mentor, Flores-Prieto is also supported by more experienced LatinXinBME members who have gone through the same challenges he now faces as a Ph.D. student.

“There are so many professionals at all levels. It is a giant community that supports professional growth and helps all of its members get to where they want to be,” says Flores-Prieto. “There are various points in your training where you have these giant hurdles that you have to overcome and sometimes they look so big that you don’t think there’s a way out. Just having people who went through it to talk about it helps.”

Flores-Prieto recently got another chance to help biomedical engineering students across the country when he was elected president of the National Student Chapter of the Biomaterials Society. Supported by a strong team of student leaders, he is already planning many ways to make a difference and inspire future biomedical engineers from all backgrounds.

In this two-year position, Flores-Prieto manages the Biomaterials Society’s student chapters across the country and supports their operations and events, including Biomaterials Days like the one the ASU chapter hosts on Oct. 10.

Events like these show how biomedical engineers make a difference in the world.

One of the speakers at this year’s ASU event is Edward A. Botchwey, a professor at the Georgia Institute of Technology and current chair of the Society for Biomaterials Committee on Diversity, Equity and Inclusion. Flores-Prieto previously heard Botchwey give a talk about his journey to address sickle cell disease, an underfunded problem affecting the black community in the US. It was a pivotal moment for Flores-Prieto to see Botchwey, who is black, take the initiative to find a solution to a problem that affects their community. He inspired him to work to encourage Hispanic scientists and engineers to do the same for problems in their communities.

Now Flores-Prieto is becoming more involved in the diversity, equity and inclusion activities of the Society for Biomaterials. Building on the success of a previous event for Historically Black Colleges and Universities, in which a panel of African-American faculty spoke about biomedical engineering opportunities, Flores-Prieto is working to bring together Hispanic faculty for a panel aimed at institutions that serve Hispanics, a distinction ASU earned this year.

While many of Flores-Prieto’s efforts are focused on helping Hispanic students who are already in college and pursuing advanced degrees, he believes it’s important that outreach efforts start early.

Flores-Prieto himself has been immersed in science all his life: his parents are doctors and encouraged him to study medicine as well. His exposure to engineering educational opportunities helped him find an exciting career in biomedical engineering.

However, she recognizes that many Hispanic children may not have the same level of access to or awareness of STEM opportunities.

To help fill that void, Flores-Prieto regularly volunteers for an organization called Letters to a Pre-Scientist, which matches volunteers with a K-12 correspondence student. They write “snail mail” letters back and forth in which Flores-Prieto shares her STEM journey and explains how her pen pal’s interests intersect with engineering fields.

Although the program does not target Hispanic students, many of the organization’s partner schools are located in California, where there is a large Hispanic population.

“It’s an effort to humanize STEM professionals, (so that students) don’t just think of a person in a lab coat,” says Flores-Prieto. “We are just people and these are the careers we choose.”

Being exposed to the possibilities of engineering careers is what put Flores-Prieto on the path to earning a Ph.D. in biomedical engineering. When he learned about the field of tissue engineering by reading a research journal article during his college studies, he thought the idea of ​​being an engineer and creating things like artificial organs sounded amazing and got him hooked on research.

“STEM professionals are involved in a lot of fun things that kids just don’t know about,” says Flores-Prieto. “So we need them to get involved as soon as possible.”