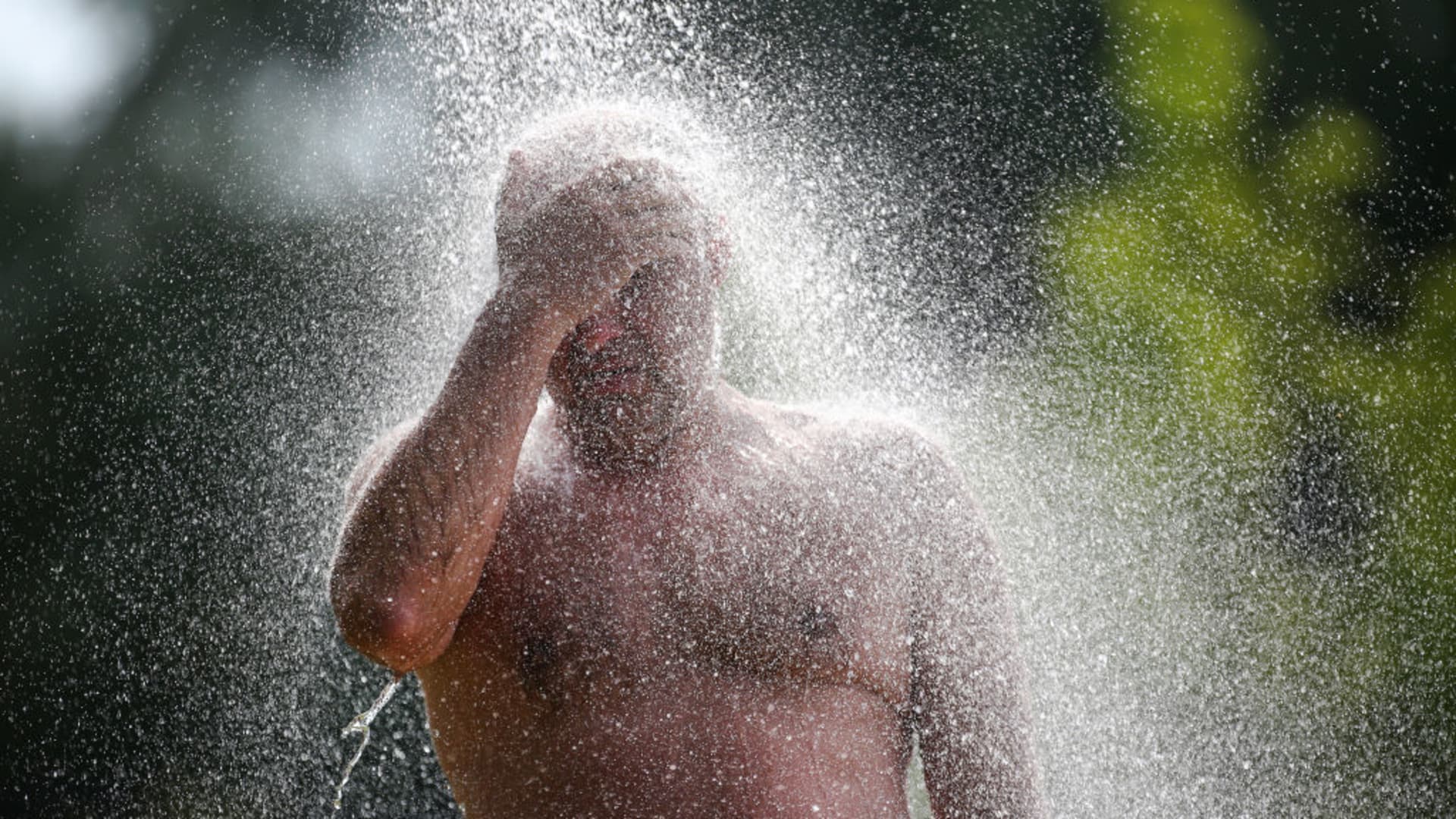 From cutting back on shower time, driving more slowly and fining shopkeepers for not closing their doors, Europeans are embarking on the goal of cutting energy use in time for winter, and some citizens have turned to social networks. social to share their experiences.

For example, German Christopher Hipp offered advice on Twitter on how to defrost a freezer, saying that the more frost-free the kitchen appliance is, the more electricity is saved.

Cindy, who lives in the Netherlands, shared her attempts to try to take a shower within a target time of 5 minutes, failing with 6 minutes and 21 seconds. “Shower took 48 seconds to heat up,” she tweeted.

Ruud Vuik and his daughter, who also reside in the Netherlands, attempted the same feat by using a blue raindrop-shaped shower timer for a week, which starts at 5 minutes before turning into a full-blast alarm.

A customer searches for alcoholic beverages inside a fridge at Exale Brewing and Taproom in East London on August 19, 2022. In July, the European Commission agreed a voluntary target to reduce gas use by 15% by 2023, compared with the average consumption. from 2016 to 2021.

These targets are part of the EU’s broader effort to reduce demand for natural gas this winter, with an arsenal of methods of its own choosing.

The European Commission, the EU’s executive arm, agreed in July to a voluntary target to reduce gas use by 15% by March 2023, compared to average consumption from 2016 to 2021.

These are the recommendations of some EU governments:

President Emmanuel Macron has called for a 10% reduction in gas use and warned that forced energy savings will be on the table if voluntary efforts prove insufficient. Russian gas imports account for 15% of France’s gas consumption, making it less dependent on Russia than most of its EU peers.

Germany has been the most exposed to Russian gas supply cuts. German Economy Minister Robert Habeck issued a statement in which he introduced a series of measures that came into force on September 2 in the hope of reducing gas use by around 2%.

Austria is also heavily dependent on Russian gas, getting more than 80% from Moscow in previous years. Last week, the Austrian climate department launched an energy saving campaign called “Mission 11”, with these recommendations:

Although Spain is not as dependent as other EU members on Russian gas, which accounted for 14.5% of its imports, the Spanish Parliament agreed to an 8% reduction in gas use.

While 75% of Finland’s gas supply was made up of Russian imports, the country is not as susceptible to Moscow’s whims. Natural gas accounts for less than 6% of total energy consumption in Finland. In the last week of August, the Ministry of Economic Affairs and Employment announced a campaign entitled “One degree less”, which aims to get 75% of Finns to reduce their own energy consumption by:

Italy imported about 40% of its gas from Russia last year. Under an initiative by Italy’s Ministry of Ecological Transition, the country is targeting a reduction in gas consumption of 7% (5.3 billion cubic meters) by March:

The Dutch government launched a campaign in April in a bid to reduce reliance on Russian gas, which accounts for around 12.5% ​​of gas use in the Netherlands.

Some reports estimate that if Europe can reduce its gas use by 15% by March 2023, the region could weather winter despite limited supplies and rising energy prices.

Installations of the Fluxys gas storage station in Loenhout, Belgium. The European Commission agreed in July on a voluntary target to reduce gas use by 15% by 2023, compared to average consumption from 2016 to 2021.

It added that estimated gas consumption in August in northwestern Europe was 13% lower than average.

“We think these are more than enough savings to get us through the winter without blackouts or a heating crisis,” Dart said, assuming the average winter weather scenario holds.

It is hard but not impossible

However, according to another analyst, that goal seems ambitious, especially as the winter season kicks off.

That period of time is where household heating consumption “far exceeds industrial demand”, which has already fallen by 20-30% in most of Europe, Eurasia Group director Henning Gloystein said.

“Achieving the 15% reduction target versus business as usual will be difficult, but not impossible,” Gloystein told CNBC.

A group of houses in Cercedilla, on April 20, 2022 in Madrid, Spain, when Madrid activated the Winter Inclement Plan for snow, rain and wind. A cold winter could make it difficult to reduce the necessary demand in Europe.

He said an “immediate reduction” in household consumption could come at the same time as most EU gas tariffs rise on October 1, in addition to aggressive media campaigns by governments.

However, Henning warned that this will come at a price.

“It will almost certainly come at the cost of an EU recession over the winter that will hit low-income households and small industries the hardest,” he said.

A cold winter could also make it harder to achieve needed demand reduction, but also increase the likelihood of supply disruptions from Norway, where offshore platforms in the North Sea must be evacuated during storms, Henning said.

“If just one or two of the required measures don’t work, the situation could become quite dire, quite quickly.”