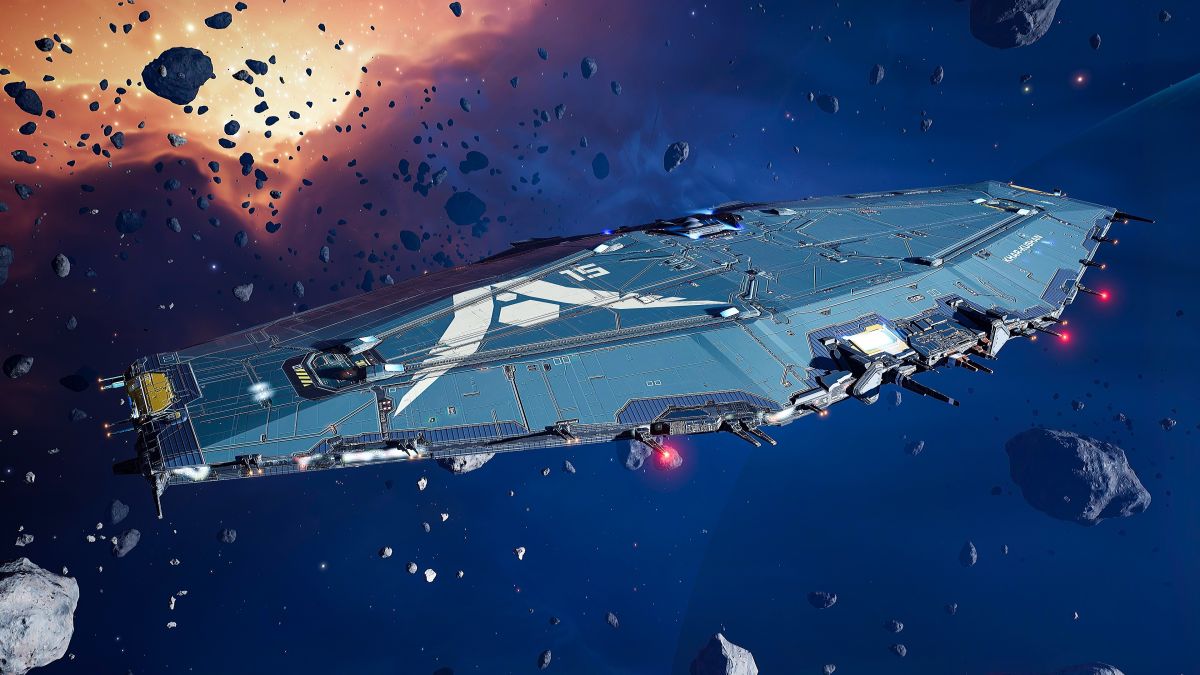 Space battles between ships are not restricted in the same way that naval ships here on Earth once circled the seas. From Ender’s Game to Star Trek II: The Wrath of Khan, this idea has been explored in the media, but much rarer are games that tackle the added layer of complexity that comes with fighting spaceships in three dimensions. With Homeworld 3, developer Blackbird Interactive and publisher Gearbox Software are rising to that challenge.

Homeworld 3 is trying to push the boundaries of strategy games, bringing together everything that made the original games special and combining it with modern game design and hardware capabilities.

I recently had the opportunity to play two missions in Homeworld 3, experiencing the enhanced space combat and features of this sequel. Both quests were set from the start, and while it’s just a small taste of what’s in store, I’m already impressed with what could be one of the best PC games of 2023.

One pilot’s accident is another pilot’s cover

Homeworld 3 offers the fantasy of being in full control of your own fleet, taking on space pirates and other threats years after the events of Homeworld 2. Fighters weave together in tight formations, surrounding enemy cruisers and dodging missiles through empty space. and massive structures alike. .

Jumping into my game session, the scale of Homeworld 3 shows up immediately. The vast space is dotted with asteroids everywhere, and the game makes great use of its 3D environment. In normal RTS games, pointing and clicking is one thing, but navigating probes far above and beyond your starting point is quite another. It’s easy to get lost in the vastness of the gorgeously realized space, and it easily sells the idea of ​​how small even its mothership is in the grand scheme of things.

Homeworld 3 introduces a new intuitive cover system, where ships moving close to objects of sufficient size, including asteroids, monolithic structures, and even the recent wreckage of other ships, will use those objects as cover. During the second mission I played, the pirate cruisers used torrents of missiles to rip apart anything that charged at them. Using the new cover system, I was able to weave groups of fighters around huge chunks of debris, blocking the missiles and closing the gap where the fighters’ short-range weapons could fire.

It was amazing to pull off, and I am amazed at how well this system seems to work. Speaking to Kathryn Neale and Rory McGuire, Associate Game Director and Creative Director at Blackbird Interactive, respectively, it’s clear that the developers had to spend a lot of time improving the AI ​​to the point that this was even possible.

“We focused on trying to go as far as possible so that the ship’s AI would feel smart and responsive when you interact with the environment while still keeping the strategy in the hands of the player,” says Neale. “It was definitely one of our biggest and most complex points to focus on, and I think we’ve done a good job of identifying how to make it feel really immersive without losing the strategic components that the player should love.”

“It’s been full of technical challenges,” adds McGuire. “Ship maneuvering in 3D space around convex and concave polygonal objects hasn’t been done. It’s not like there are a couple of examples. It just hasn’t been done.”

Creating a game for everyone

Even with the new modern control scheme (a classic option is also available), it can be a bit overwhelming, though the developers did note that the full game will include a tutorial.

There’s also a whole accessibility options tab outside of the usual game settings, and while I didn’t have too much time to play around with the optional modifiers, I’m told it’s something the team is taking seriously to ensure that everyone who wants can play Homeworld. 3.

“Accessibility was one of the main conversations that kept coming up. BBI (Blackbird Interactive) as a whole is driving this cohesive set of accessibility options that we’re looking to bring to all of our games, wherever possible,” Neale says.

That doesn’t mean there won’t be new types of challenges. While the missions in this preview were mostly straightforward, it looks like that won’t be true for other parts of the campaign.

An iconic feature of the Homeworld franchise is the idea of ​​a persistent fleet. More specifically, players enter a new mission with the fleet they had at the end of the previous mission. That means the weight of winning or losing a ship is magnified, and underscores the idea that this is its fleet, with each success or loss depending on what you can accomplish not just for one mission but for the campaign as a whole.

Details are scarce at the moment, but McGuire indicates that the team will use the most advanced processing power of modern computers for scenarios that simply weren’t possible two decades ago.

“[In] some of the later missions, we do a lot of cool experiments with 3D space and terrain that really confuse you a little bit and create a lot of interesting strategic situations that you just haven’t experienced before in a strategy game, and you really play with ‘How would that go? 3D combat in space?'” McGuire jokes. “I think players will really be impressed. The sense of a space strategy game that Homeworld had in the ’90s, we’re taking it to another level.”

A way to go before launch

There is still a long way to go before launch. While the game doesn’t have an exact release date at this time, Homeworld 3 is scheduled to arrive on PC during the first half of 2023. When this game arrives, it will have been nearly 20 years since Homeworld 2. In McGuire’s words, ” It can’t just be okay; it has to be amazing.”

We’ll have to see how the final product shapes up, but at this point, it’s clear the developers are passionate about creating a game that the community and newcomers alike will love.

“We have a team full of Homeworld veterans,” says Neale. “Everyone is dedicated to making this the Homeworld experience the community is looking for, and with that, there are very high expectations there.”