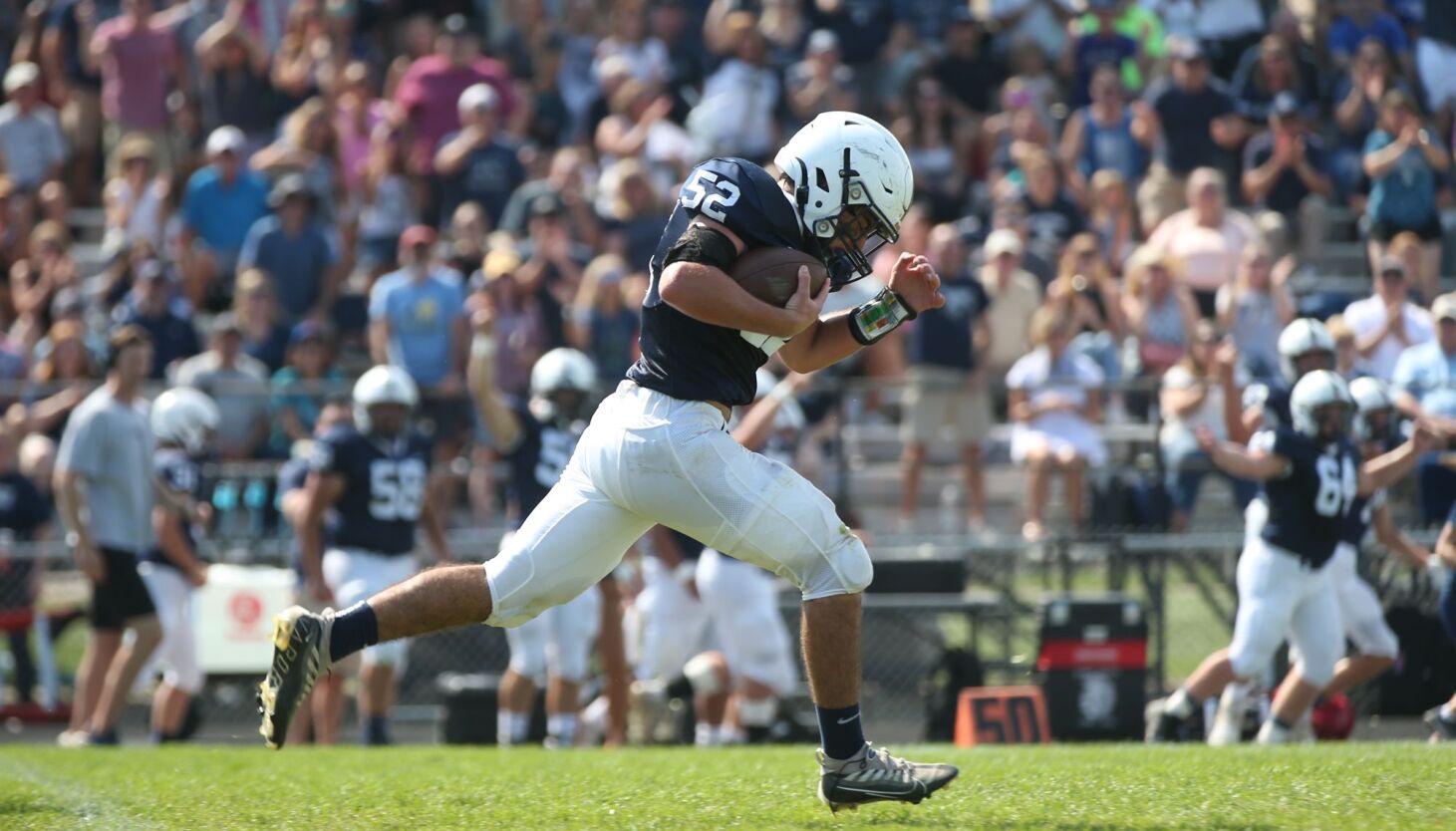 Morgan Park vs. Kenwood, Saturday at 1 pm on Lane

Red South is the best division in the Public League, and these are two of its best teams along with No. 7 Simeon. Two-way standout Tysean Griffin, a four-star prospect with a pair of offers from the SEC (Tennessee, Missouri) leads Morgan Park (4-0, 1-0). Second-year quarterback Marcus Thaxton and junior wide receiver Chris Durr are two more playmakers for the Mustangs. Kenwood (3-1, 1-0) has as much high-level talent as any program in the state outside of East St. Louis. Division I talent for the Broncos includes defensive backs Kahlil Tate (Iowa) and Kiwaun Davis (Western Michigan) along with running back Marquise Lightfoot, running back Davonte Johnson and linebacker K’Vion Thunderbird.

Bolingbrook quarterback Jonas Williams established himself as the best freshman in the state in the first week, passing for 407 yards and seven touchdowns in a victory over Minooka. He had 330 yards and three touchdowns against previously undefeated Lincoln-Way West two weeks later. I’Marion Stewart, Williams’ favorite receiver, and Northwestern defensive back Damon Walters are two more to watch for Bolingbrook (3-1, 1-0 Southwest Suburban Blue). Lincoln-Way East (4-0, 0-0) began the season with decisive wins over Crete-Monee and Batavia. Junior quarterback Braden Tischer, senior running back James Kwiecinski and senior receiver Jayden Cook make a difference in the Griffins’ offense.

These two Fox Valley schools, less than eight miles apart, have developed one of the best rivalries in the state based on a legacy of mutual success in Class 6A and their shared belief in optional football. Quarterback Tyler Vasey and fullback Nathan Greetham, running behind an experienced line, have paved the way for Prairie Ridge (3-1, 3-1), which is coming off a 42-35 loss to Jacobs. Defending 6A champion Cary-Grove (3-1, 3-1) lost a lot going into graduation, but has gotten better from week to week. This year’s quarterback is Peyton Seaburg, whose father, Brad, is the Trojans’ coach. Gavin Henriques has three interceptions in the last two games to spark the defense.

West Suburban Silver is another league on the rise, with a 15-1 non-conference record and three ranked teams, including No. 5 Glenbard West. York (4-0, 2-0) is coming off a 24-17 overtime victory against previously undefeated Downers Grove North in which Damian Glodz kicked a game-tying field goal on the final play of the fourth quarter and Kelly Watson rushed for the game-winning TD. Lyons (4-0, 2-0) has one of the best juniors in the state in two-way lineman Eddie Tuerk along with Yale tight end Graham Smith.

The first two weeks of conference play haven’t offered much clarity on DuKane’s pecking order. But they have left these two teams playing on the right to be the last undefeated team in the league. Defensive back/running back Drew Surges is a playmaker on both sides of the ball for St. Charles North (3-1, 2-0), which came from 15 down to outlast defending 7A champion Wheaton North 22-21 last night. last week. Junior quarterback Nate Stempkowski and second-year wide receiver Talyn Taylor have been an effective combination for Geneva (4-0, 2-0).