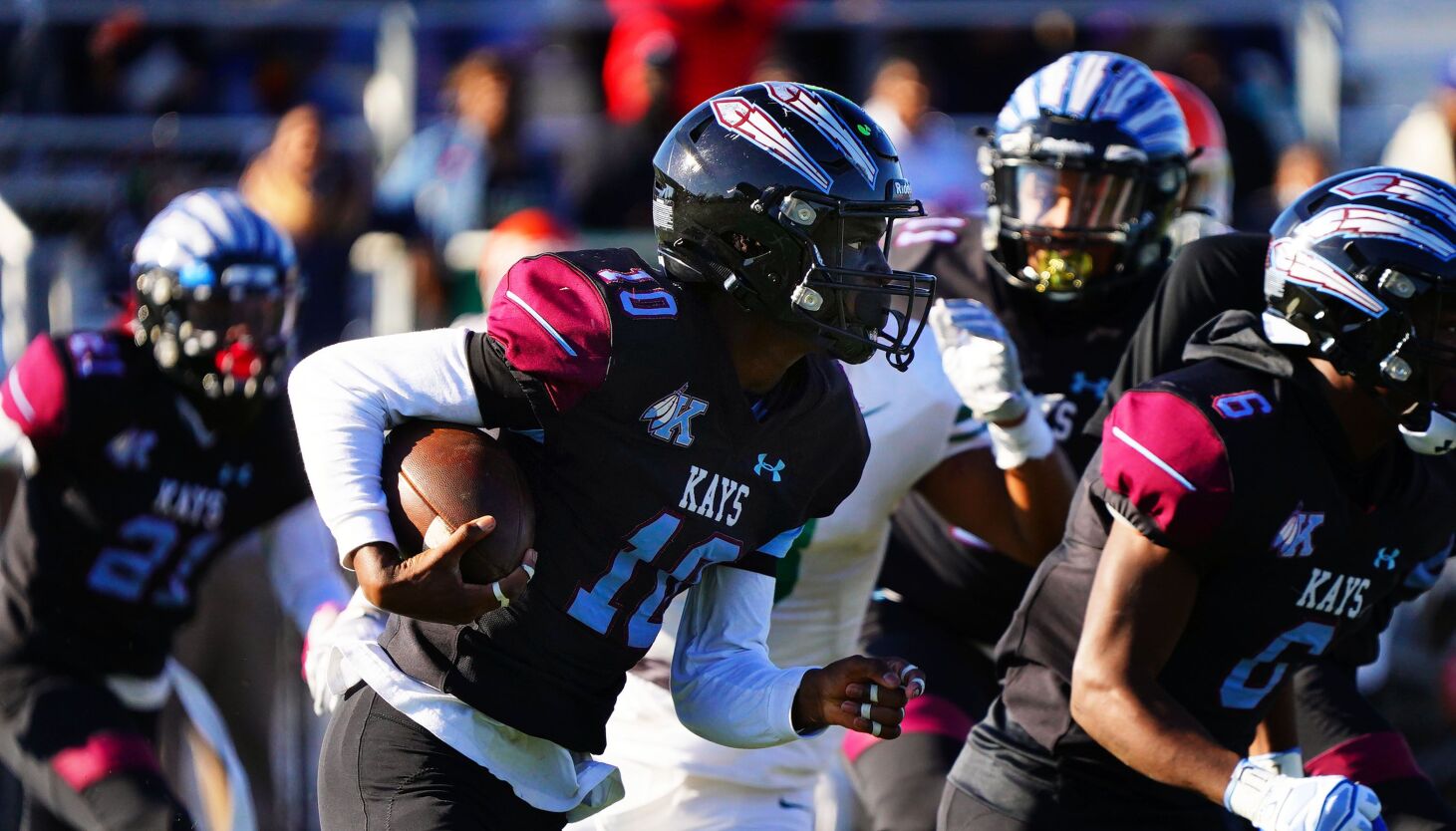 They haven’t been conference rivals for a few years, but this showdown of the South Side powers, the 100th in the series, should be one of the regular-season games of the year. St. Rita has advanced to the state championship the past two offseasons (there were no playoffs in 2020 due to COVID) and is loaded with talent and experience once again. Running back Pat Farrell, a draft pick from Illinois, and linebacker Matt Kingsbury lead the defense, while junior Ethan Middleton will run behind an offensive line anchored by 6-4, 310-pound Nick Strelczyk. With 18 returning starters, Mount Carmel also hopes to play Thanksgiving weekend. Quarterback Blainey Dowling is among the returning starters, as are a pair of FBS commitments: defensive lineman Asher Tomaszewski (Kansas State) and running back Danny Novickas (Ohio).

Rob Zvonar, the only coach in Lincoln-Way East’s 22-year history, had one of his youngest teams last fall and still reached the Class 8A quarterfinals. The Griffins are aiming higher this season with 16 returning starters. Linebacker Jake Scianna and lanky second-year running back Caden O’Rourke, who already has a DI offer from Akron, are players to watch on defense. James Kwiecinski and Petey Olaleye are capable runners who will be running behind an experienced and talented line. Crete-Monee is always one of the best teams in 6A and that probably won’t change this year. The Warriors have three athletes from two sports who are reigning relay state champions on the track: quarterback Joshua Franklin, a West Michigan recruit who accounted for 3,034 total yards and 32 TDs last year; wide receiver Lynel Billups-Williams (Miami, Ohio); and defensive back Edward Clark.

Kankakee defensive back Jyaire Hill is the best uncommitted senior in the state and the leader of the Kays’ 5A football runner-ups and 2A state track and field champions last year. Another track/football standout, four-time state champion sprinter and junior running back Tony Phillips, has transferred across town from Bishop McNamara. Nazareth was young last season, with numerous freshmen playing long. One of them, quarterback Logan Malachuk, threw for 1,806 yards and 18 TDs. Wisconsin-bound two-way standout Justin Taylor also returns.

Last year was something of a wake-up call for Glenbard West, who finished third in the West Suburban Silver and lost in the second round of the playoffs. This fall, the Hilltoppers have a renewed sense of purpose, a big, experienced offensive line led by Wisconsin draft pick Christopher Terek and a proven running back in Joey Pope. Marist has 10 returning starters from a Class 8A semifinalist, including a trio of FBS commitments: defensive back John Nestor (Iowa), defensive lineman Jamel Howard (Wisconsin) and wide receiver Ryan Sims (Miami, Ohio).

Neuqua Valley returns with 17 starters from a 10-2 team, including a top-tier throwing-receiving duo in quarterback Mark Mennecke and catcher Grant Larkin (North Dakota State). Jaden McGee’s career adds another dimension to the Wildcats’ offense. Linebacker Cole Dutkovich, who has several Division I offers, leads the defense. Oswego hasn’t thrown the ball much over the years, but that may change this fall with tight end Deakon Tonielli and quarterback Cruz Ibarra both back.