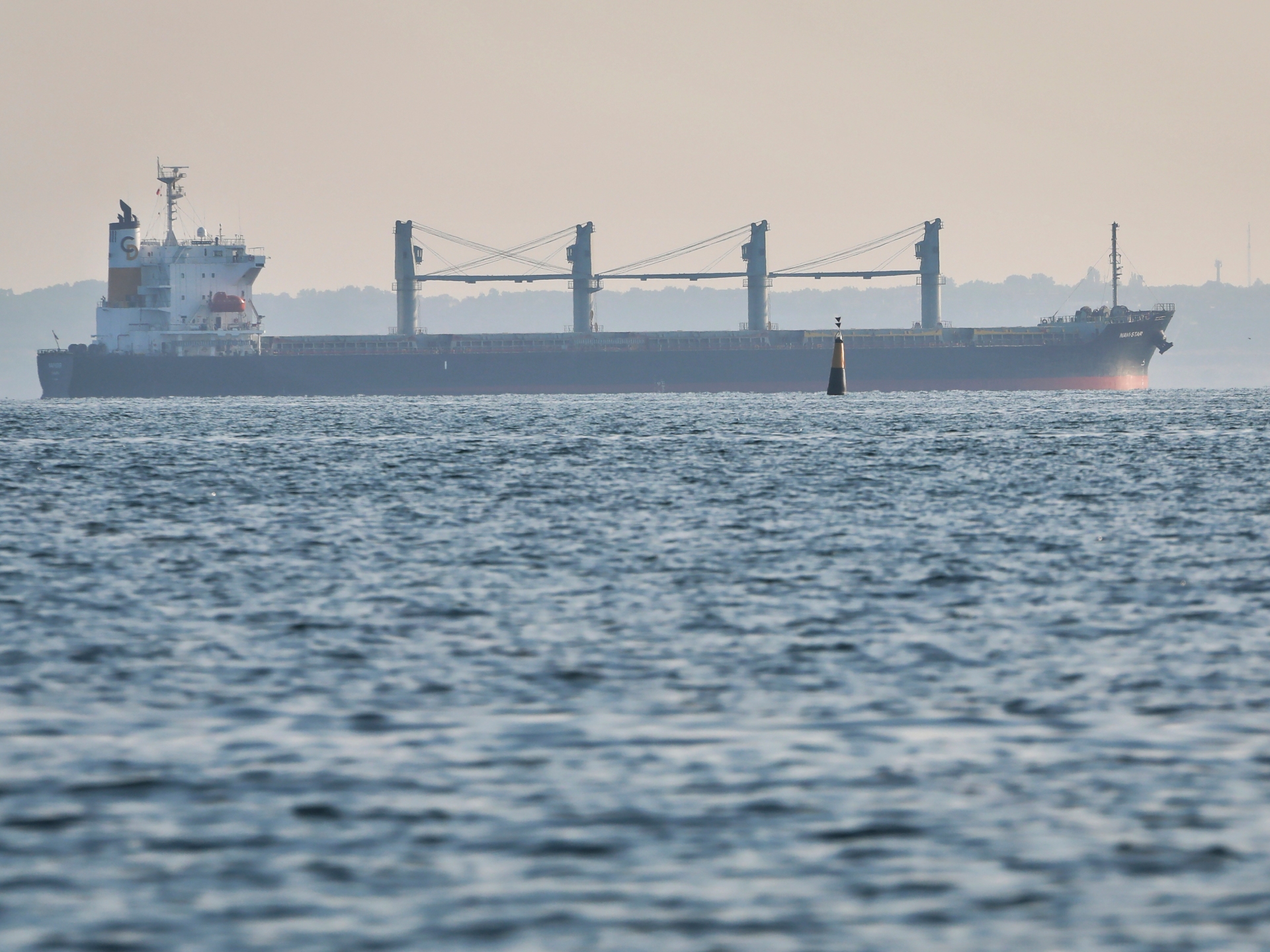 The war in Ukraine has shown how international efforts to counter Russia are severely hampered by an uncomfortable reality: isolating the Kremlin comes at a cost in the form of massive risks to global food security.

The sanctions regime against Russia has disrupted the food supply chain. As Europe’s biggest conflict since World War II unfolds, and likely will for at least several more months, there is an urgency to minimize its impact on the planet’s nutritional needs.

Moscow is trying to exploit this growing crisis as a way to stave off economic pressure designed to force it to end its assault on Ukraine, which along with Russia is among the world’s largest suppliers of grains and edible oils.

In response, Western decision-makers must design policies that can achieve both imperatives: counter Russian aggression and prevent a global food crisis. It won’t be easy, but it can be done.

Russian fertilizers, vital to farming operations in different parts of the world, could hold the key.

Sure, there is already a Turkish-brokered deal between Russia and Ukraine since the end of July, to allow grain shipments through the Black Sea. The deal calls on both Moscow and Kyiv not to attack ships carrying much-needed grain supplies out of the war zone. However, with Russia seeking to consolidate its control over eastern and southern Ukraine, and the Western-backed government of President Volodymyr Zelenskyy in Kyiv determined to force invading armies to withdraw from occupied territories, continued access to one of the world’s breadbaskets is at risk. .

Russia’s war in Ukraine has exacerbated a pre-existing situation in which the world economy has been affected by other conflicts, climate change, rising energy costs and, most importantly, the COVID-19 pandemic. 19. High energy prices increased fertilizer costs and war and sanctions put the supply chain in jeopardy.

To avoid a major global conflict, and at the same time prevent Russia from destroying Ukraine’s sovereignty, the United States and its allies and partners have relied heavily on economic and financial warfare to try to bring Moscow to its knees.

However, the Kremlin has responded by arming its own and Ukraine’s grain supplies. While Russia may not achieve its military goals and face mounting financial strain, it can still spread that pain around the world. Food shortages in the developing world and resulting political instability in the Middle East and North Africa could see millions of migrants making the perilous journey to Europe as they did during the Arab Spring and the wars in Iraq and Syria. That, in turn, could destabilize Europe politically, with the far right channeling anti-immigrant sentiment to challenge the main parties.

Like energy, food is a loaded weapon that the Kremlin believes it is aiming at the West. However, as with oil and gas, a clever balancing act can help the international community keep pressure on Moscow without leading to malnutrition, famine, mass migration and humanitarian disaster.

Europe’s reliance on Russian natural gas supplies has meant the continent has had to gradually wean itself off that addiction in recent months, giving the Kremlin an opportunity to threaten to halt energy exports unless they withdraw. the sanctions.

However, while finding alternative sources of energy is a long-term endeavor, sourcing more grain from other food-producing nations to try to reduce Russia’s influence may be relatively easier. What is critical to that is the continued flow of Ukrainian, Russian, and Belarusian fertilizers to increase crop yields around the world.

Russia, a major fertilizer exporter, accounts for 23 percent of the world’s ammonia, 21 percent of potash, 14 percent of urea and 10 percent of phosphate. These chemicals have the potential to increase the variety of international grain production; as much as 100 million tons of wheat or 400 million tons of corn per year, according to calculations that account for global food consumption levels and the amount that fertilizers contribute to them.

Although fertilizers are not officially banned, sanctions on people associated with Russian fertilizer companies, obstacles to settling payments, and obstacles related to transportation represent impediments in the way of this strategy.

Adjusting the highly targeted sanctions regime against Russia to allow the fertilizers to flow better will not help Moscow much. Russia’s revenue from fertilizer exports in 2021 was around $12.5 billion. That’s just a change from the Kremlin’s expected earnings from hydrocarbon exports this year: about $337 billion. The world, on the other hand, stands to gain enormously if farmers around the world can access these fertilizers, produce food, and thereby also remove a weapon from the Kremlin’s arsenal.

Strategy and politics have to do with trade-offs. The cost of countering an adversary is not the creation of serious crises far from the battlefield. We must avoid causing massive food insecurity around the world. If the world is united in squeezing Russian oil and gas exports, the sand in Moscow’s hourglass will run out faster and the end of the Ukrainian tragedy will be closer.

The views expressed in this article are those of the author and do not necessarily reflect the editorial position of Al Jazeera.