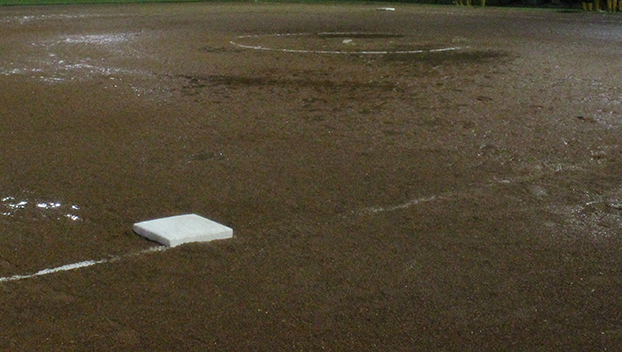 Cathedral, coming off a loss over Silliman Institute that was followed by a win over Franklin Academy last Saturday afternoon that raised its record to 8-2 overall, was scheduled to travel to Madison to take on St. Joseph on Monday afternoon and then host the Copiah Academy this past Tuesday afternoon.

Unfortunately, those games were rained out and rescheduled for later in the season. Lady Green Wave was also looking to remain undefeated in District 3-5A, they will have to wait until next week for that to happen.

With those games being rained out, Lady Green Wave has been able to get some practice in, but not as much as they’d like and none of it takes place outside.

“We have been able to do our offensive drills. But we haven’t been able to do any defensive exercises. We’re focusing on our pitching and our hitting,” Cathedral head coach Craig Beesley said. “We have a nice indoor facility that we just remodeled this summer. It has been a blessing for us this year.”

Beesley said the weather outlook for the near future may not look very rosy as more rain is forecast, though not the torrential downpours that have hit parts of Mississippi, Louisiana, Arkansas and Texas earlier this week.

“Looking at the long-term forecast, it doesn’t look like it’s going to be any better next week,” Beesley said. “We’ll just stay ready and practice in the cage. When we’re ready to get back on the field, we’ll be ready to play.”

Cathedral junior varsity and varsity games at St. Joe Madison have been rescheduled for Thursday, September 1 with the JV game at 5 p.m., followed by the varsity game at 6:15 p.m. games against Central Hinds Academy on Monday, August 29 and ACCS on Tuesday, August 30.

Cathedral’s home game against Copiah Academy will not take place until Thursday, September 15 with a varsity-only tilt beginning at 5 p.m.

As for ACCS, which finally earned its first win of the season last Tuesday at home against the Central Academy Hinds to go 1-12 overall and 1-1 in district play, the Lady Rebels were looking to keep that momentum going. earlier this week as they were scheduled to play at Copiah Academy on Monday afternoon and then host St. Aloysius High School on Tuesday afternoon.

As for how the weather has affected practice, ACCS head coach Tate Lipscomb said, “That’s a problem. We’ve been going to the cage. We are practicing in the gym for a day or two. We couldn’t get into any practice.”

Lipscomb added that it has been frustrating for both the players and the coaching staff.

“You can’t get into a groove or a routine when you can’t practice,” Lipscomb said. “Trying to figure out when to practice. Trying to get around other activities.”

ACCS plays next at Centerville Academy Round Robin on Saturday before returning for district games next Monday at St. Joe-Madison and at home against Cathedral next Tuesday.