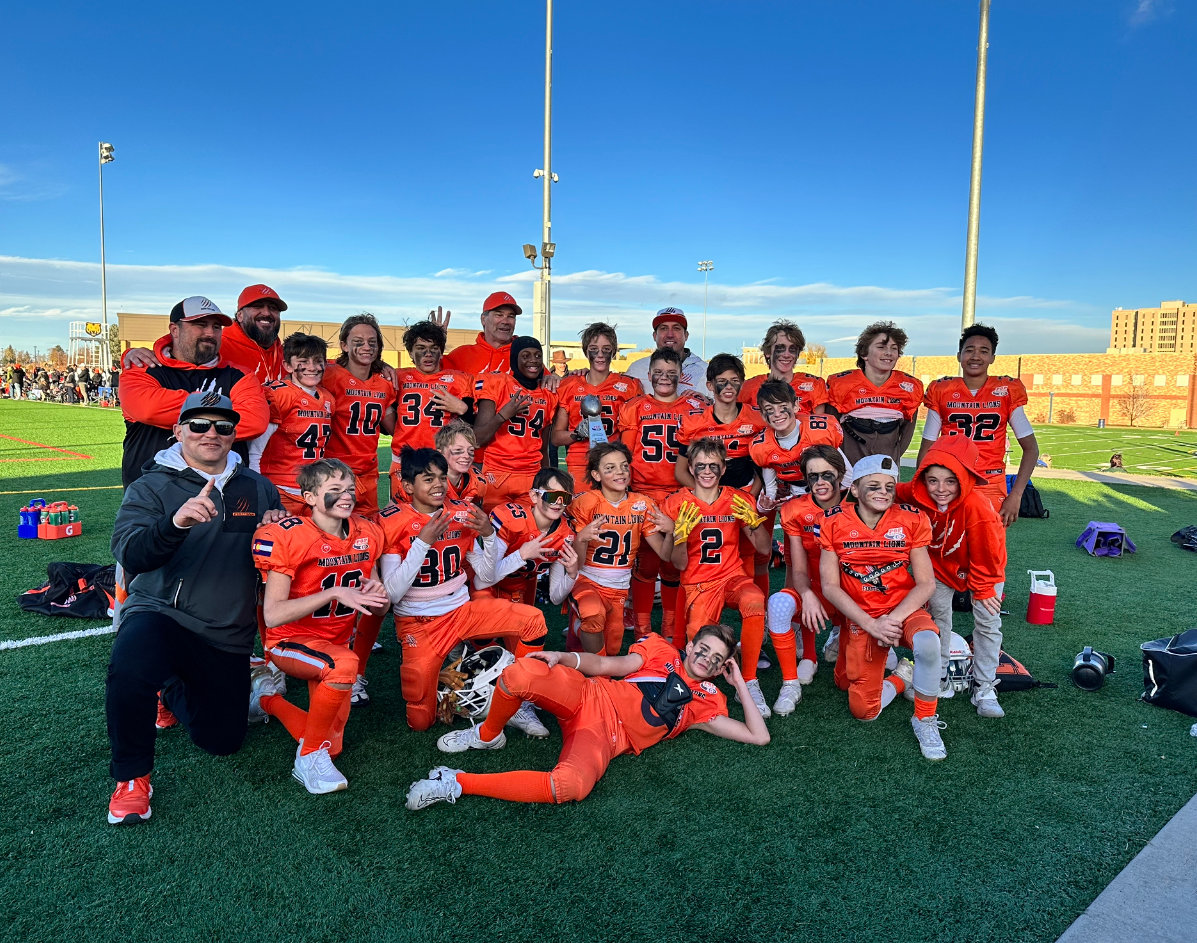 Believe it or not, a football team from Colorado is going to the Super Bowl this year.

No, the team is not from Dove Valley. They don’t spend $170 million a year on their staff. And they don’t draw millions of viewers every time they play.

What they do To do, contrary to the team just alluded to, is run a brand of exciting football, scoring points per bushel, and not only winning games, but bringing opponents to their knees in the process.

And on December 1, the 12U Highlands Ranch Mountain Lions will board a plane and take their collective talents to the bright lights of Camping World Stadium sports complex in Orlando, Florida, where they will compete in the 64th Pop Warner Super Bowl.

There will be another seven Sub12 teams. The Mountain Lions are guaranteed two games, which will be on December 3 and 6. If those two win, they will play for the final prize on December 9 at the 60,000-capacity Camping World Stadium, the current home of the university. Cheez-It Bowl and Citrus Bowl football.

“I think we definitely have a chance (to win it all),” said Jack Lind, a 13-year-old slot receiver who also plays cornerback for the Mountain Lions. “Some of those teams are really good.”

In the 40-year history of Pop Warner football in Colorado, no team from the Centennial State has won the Super Bowl. That streak all but ended last year, however, when the Mountain Lions clinched their ticket to Orlando, going 1-1 there and finishing the season ranked No. 5 nationally.

That experience, head coach Jason Lind and assistant coach Donnie Salum believe, will serve their players well when it comes time to retie their laces in Orlando. Youngsters have already witnessed the trappings of Pop Warner’s biggest stage: the lights, the cameras, the stars. There is comfort in knowing what to expect. (The players met four-time Super Bowl champion Rob Gronkowski at Raymond James Stadium, home of the NFL’s Tampa Bay Buccaneers, before their second game last year.)

“We are much more prepared,” said the older Lind, who played football and ran track at UC Davis. “We jumped in blind last year. We know what to expect this year.”

Getting to the Super Bowl isn’t easy: Highlands Ranch had to win league, state and regional championships to get there.

The Mountain Lions went 7-1 in the Rocky Mountain Pop Warner League game to capture the league title and earn a berth in the state championship game against the Soco Warriors (Colorado Springs), whom they crushed 32-8. Highlands Ranch defeated the Los Lunas Tigers (New Mexico) 53-0 and the St. Philip’s Saints (Texas) 38-6 in a pair of regional games to claim the Southwest Region crown.

According to Salum, in the game against St. Philip’s, the Saints fielded five players over 200 pounds, but Highlands Ranch won and left.

“We’re small, but we’re fast and disciplined,” said Salum, who was drafted in 1990 by the Atlanta Falcons from the University of Arizona.

Donnie Salum Jr., 12, a running back and defensive end for Highlands Ranch, echoed what his father said: “We’re much faster and tougher than other teams. We are more disciplined.”

The Mountain Lions also use that speed to their advantage, especially on offense. Unlike the Pop Warner teams of yesteryear and most Pop Warner teams today, Highlands Ranch runs a spread-type offense, fielding four receivers on every play. Brokers? Yes, they are there, but they are usually on busy routes as well.

The result: The Mountain Lions have mercifully ruled every team they’ve played on this year except one. In fact, many of the Mountain Lions’ scoring drives during all those blowouts lasted two or three plays because they have the ability to cover so much ground so quickly.

Of course, to make that kind of offense work, it’s imperative to have a smart, precise player at the controls, and Highlands Ranch has one in 13-year-old quarterback Bentley Unruh, who has had 40 total touchdowns this season.

“It’s fun,” Unruh said of the Mountain Lions’ pass-happy offense. “I just really like to shoot the ball. A lot of teams don’t do that. I always know that Tav is down there somewhere.

The “Tav” Unruh speaks of is one of his faithful receivers, Tavish Burt.

“Sometimes I get nervous with deep passes because I don’t want to drop them,” said Burt, a seventh grader at Castle Rock Christian Academy.

But Burt doesn’t drop many. Instead, he’s hooked on a bunch of flurries en route to scoring 17 touchdowns this season.

Moral of the story: The Mountain Lions can score and score often.

“If you make it to the championship game in Orlando,” someone begins to ask the Highlands Ranch coaches and players, “do you think you can replicate what you’ve done…”

“When we got to the championship game, no Yes. We’re going to win this.”

The team has started a GoFundMe to help defray the costs of the players’ trip to Orlando. Donations can be made at bit.ly/MountainLionsOrlando.