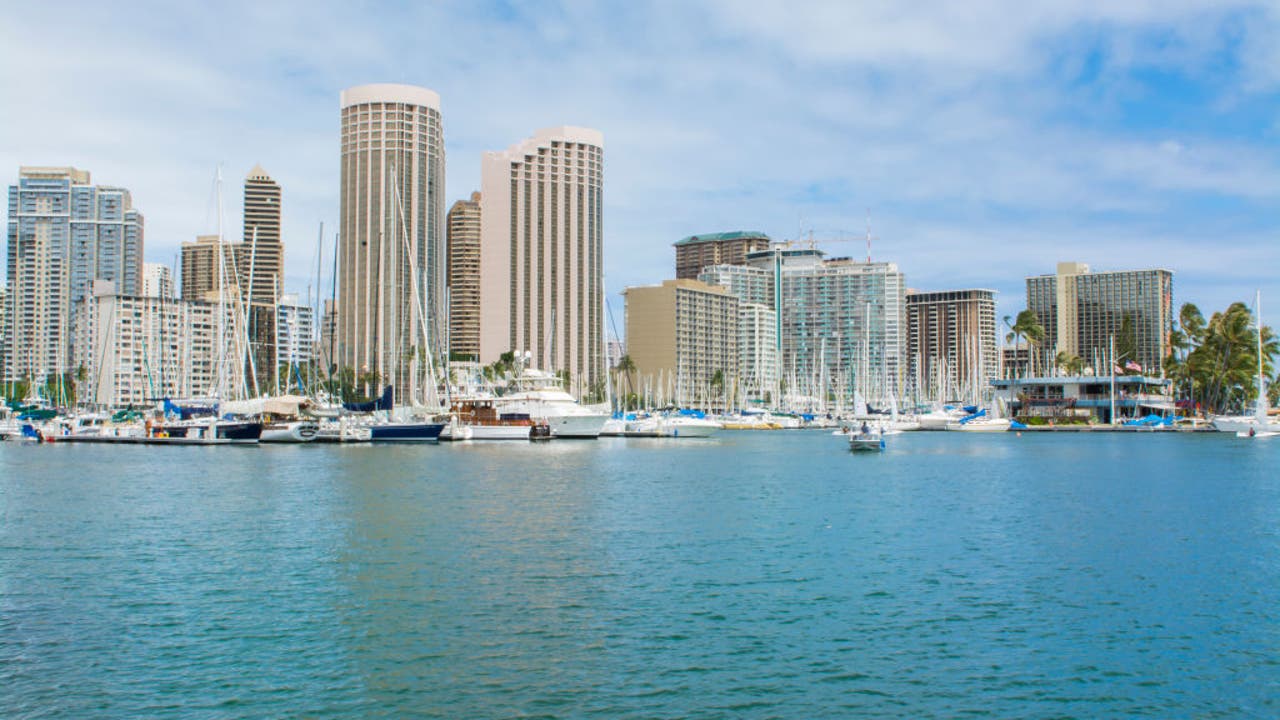 How High Interest Rates Are Affecting the Housing Market

The Feds announced another aggressive rate hike — the third consecutive three-quarter-point increase and the sixth rate hike this year alone. Lawrence Yun, chief economist for the National Association of Realtors, discusses its impact on the housing market.

Green told lawmakers during his first State of the State address to a joint session of the state Legislature that tax breaks would put money in the pockets of working families so they can pay for food, medicine and housing. He said the tax breaks would also stimulate the economy because “every dollar” that goes to working families with limited income and assets would be spent immediately.

Green said each family of four could expect to get $2,000 in tax relief under his plan, while low-income residents would get more.

“This plan ensures that every income level does a little better and directly lowers the cost of living for every resident by keeping more money in our pockets for every taxpayer, especially those struggling to survive,” Green said.

Green estimates the plan will cut state revenue by $312.7 million a year.

The Democratic governor told reporters afterward that the topic he heard the most about while campaigning for the state’s highest office was how unaffordable Hawaii is. He said his plan would help stop the exodus of people leaving Hawaii to live in less expensive places.

“If we cut some of the costs of early education or adult daycare and put a few tax dollars back into people’s pockets, then they can stay in Hawaii,” Green told reporters.

The $1 billion for housing would include funds to boost financing for more affordable housing units through the Housing Development and Finance Corporation and provide state rental subsidies to low-income families. Some money would go toward renovating and improving public housing.

The governor paused mid-speech to sign an emergency proclamation making it easier for the state to build 12 small homeless villages, what he calls Kauhale Homes. Each village is expected to house between 100 and 150 people. One of the first will be in Kailua-Kona, at the Kukuiola Emergency Shelter and Assessment Center.

Green said he would also likely have to take emergency measures to speed up the development of more traditional housing.

“You’ll see us cutting red tape so we can provide housing as soon as possible,” Green said.

Senate President Ron Kouchi, a Democrat, said after the speech that Green’s housing proposals were feasible. He said spending more this year will ensure the state has more affordable housing in the pipeline.

As for tax breaks, he said something on the scale of what Green proposed would be needed “to have an impact” given the way inflation has affected residents. But he ultimately said that what lawmakers do will depend on state tax revenue predictions submitted by the state Board of Revenue.

State law requires the governor and legislators to budget based on council revenue forecasts. The predictions are expected to be updated in March.

The state began the year with a surplus of $1.9 billion as the tourism industry rebounded strongly from the coronavirus pandemic.

Rep. Kyle Yamashita, chairman of the House Finance Committee, said lawmakers will have to study the details of Green’s proposals to determine how much the state can afford.

“I think it’s a good idea to be bold, as the governor said. But I think the devil is always in the details,” he said. “Because the Chamber has priorities. I’m sure the Senate has them. And we’ll see how that all plays out.”

Both Kouchi and House Speaker Scott Saiki, a Democrat, said they preferred the tax credits go to those who need them, rather than to people of all income levels.

Saiki said he agreed that it would be important to simplify the regulations governing the construction of affordable housing. He said this could be done while allowing public participation in the process.

Green said in his speech that he supported the ethics reform proposals of the House Committee to Improve Standards of Conduct, which the House created after two former lawmakers pleaded guilty to taking bribes while in office.

Green said he would sign any common-sense legislation with meaningful ethics reform.

Rep. Lauren Matsumoto, a Republican and House Minority Leader, said she was “cautiously optimistic” in response to Green’s speech.

“Many of the themes in today’s message are what we’ve been saying for decades here in Hawaii. Lower the cost of living, lower taxes and improve government transparency,” Matsumoto said.

She said the one-time tax breaks are a start, but they don’t go far enough. She said the state needed permanent measures to provide relief for families.