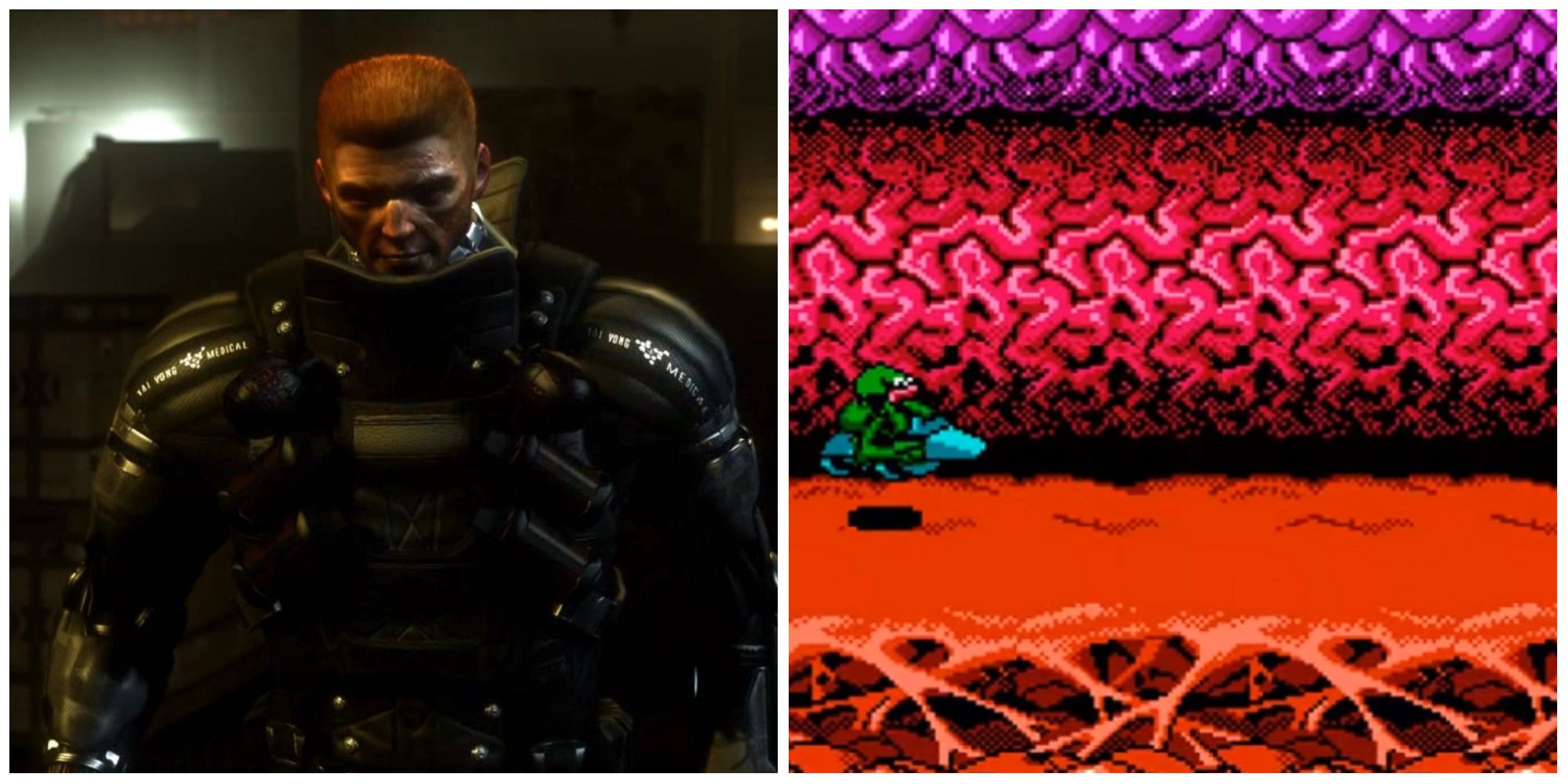 Games will almost always pose some sort of challenge, whether it be in the form of tactical combat or mind-bending puzzles that can be downright painful to solve. Regardless, it is this level of challenge that ensures how involved a player will be when it comes to gameplay, with players slowly getting used to the game mechanics and providing some truly memorable gameplay moments.

However, there are times when games go too far when it comes to difficulty in certain sections. This can be quite detrimental to the gameplay experience, although most players who manage to get through these difficult parts of the game will definitely have the skills to get through the rest of the title.

There’s no worse feeling in video games than having to go through an unskippable cutscene before fighting a tough boss. This is the case in Final Fantasy 10 and the showdown against Lady Yunalesca, where a single wrong step will lead to the player’s death and repeating this cycle of torture once more.

It says a lot when one of the strategies in this fight is to maintain a negative status effect with which Yunalesca has infected the party. Without deathproof gear, Yunalesca can absolutely destroy players, which feels pretty unfair given the game wasn’t that hard up to this point.

The first Divinity: Original Sin is a pretty excellent game in its own right, one that deserves a lot of applause for being such a deep and engaging RPG experience. The second game may be considered by many to be far superior, but there is still something about the first title that many fans love.

The first proper boss fight in the game is against the tyrant Braccus Rex. If players bunch up during this fight, they will likely be eliminated by their first AoE attack, which deals massive damage.

Dark Souls is quite a difficult game as it is. However, the difficulty reaches totally unfair heights when players enter Blighttown, which is one of the most infamous areas in the game for a reason.

RELATED: The Most Ridiculous Difficulty Settings In Video Games, Ranked

Enemies in this area can intoxicate players, with the poison swamps and hordes of pesky enemies being quite irritating in their own right. To make matters worse, the original release of Dark Souls on the PS3 saw the frame rate drop in this area, which made navigation even more of a pain.

For the most part, the changes made by Persona 5 Royal actually serve to make the game easier in many ways. However, this is not the case when it comes to fighting Okumura’s father, which is easily one of the longest and most annoying battles in the entire game.

Along with a 30-minute timer, Okumura’s boss battle sees him bring in lackeys that must be eliminated all at once before he can be damaged. If a single employee survives, Okumura replaces them with another batch of enemies and players must start the entire process all over again.

Most people can argue that the entirety of Battletoads is a spike in difficulty compared to other titles in the same vein. For what it’s worth, though, the first two levels are still manageable, to an extent.

This all changes with the arrival of the Turbo Tunnel, where players need extremely fast reflexes to beat the Speeder Bikes section of the game. A single mistake can lead to death and the fact that the speed of this stage increases significantly with each stage makes it even more challenging.

Deus Ex: Human Revolution was the return to form of one of the most innovative immersive simulation series of all time. However, there was one part of the game that was universally vilified: its hideous bosses.

The first boss, Barrett, is easily the worst of the bunch. He hits like a truck when players get too close, has a seemingly endless supply of bullets and grenades, and is one of the worst bullet sponges in gaming history.

4 A chariot race followed by a boss fight against the twin warriors (Prince Of Persia: The Two Thrones)

Prince Of Persia: The Two Thrones was a step back in the right direction after Warrior Within turned the series into the wildest fantasy of all the rim lords. The game featured a more focused level approach, including the addition of Chariot segments that can be quite challenging.

However, the second Chariot segment is even worse, as it leads right into the toughest boss fight in the game. The Twins are no joke, and players must have nearly immaculate dodge skills to avoid serious damage during this long and grueling encounter.

RELATED: Games That Are Harder Than They Look

two The true final boss of the game (Octopath Traveler)

Most JRPGs use the hardest bosses in the game as some sort of optional challenge. However, Octopath Traveler goes against this norm by turning the true final boss of the game into an incredibly difficult super boss to beat.

Galdera is not far behind, as players need the power of all eight characters in their party to stand a chance of winning. It’s a long and grueling boss fight that’s way ahead of any challenge that’s been present in the game up to that point.

Hell House is incredibly resilient, and players must exploit its ever-changing elemental weaknesses to stand a chance of staggering this boss. It’s an incredibly long and challenging boss fight, and players will have to knock out everything but the kitchen sink for a chance to win against this fearsome foe. Playing on hard mode also multiplies the difficulty by ten.