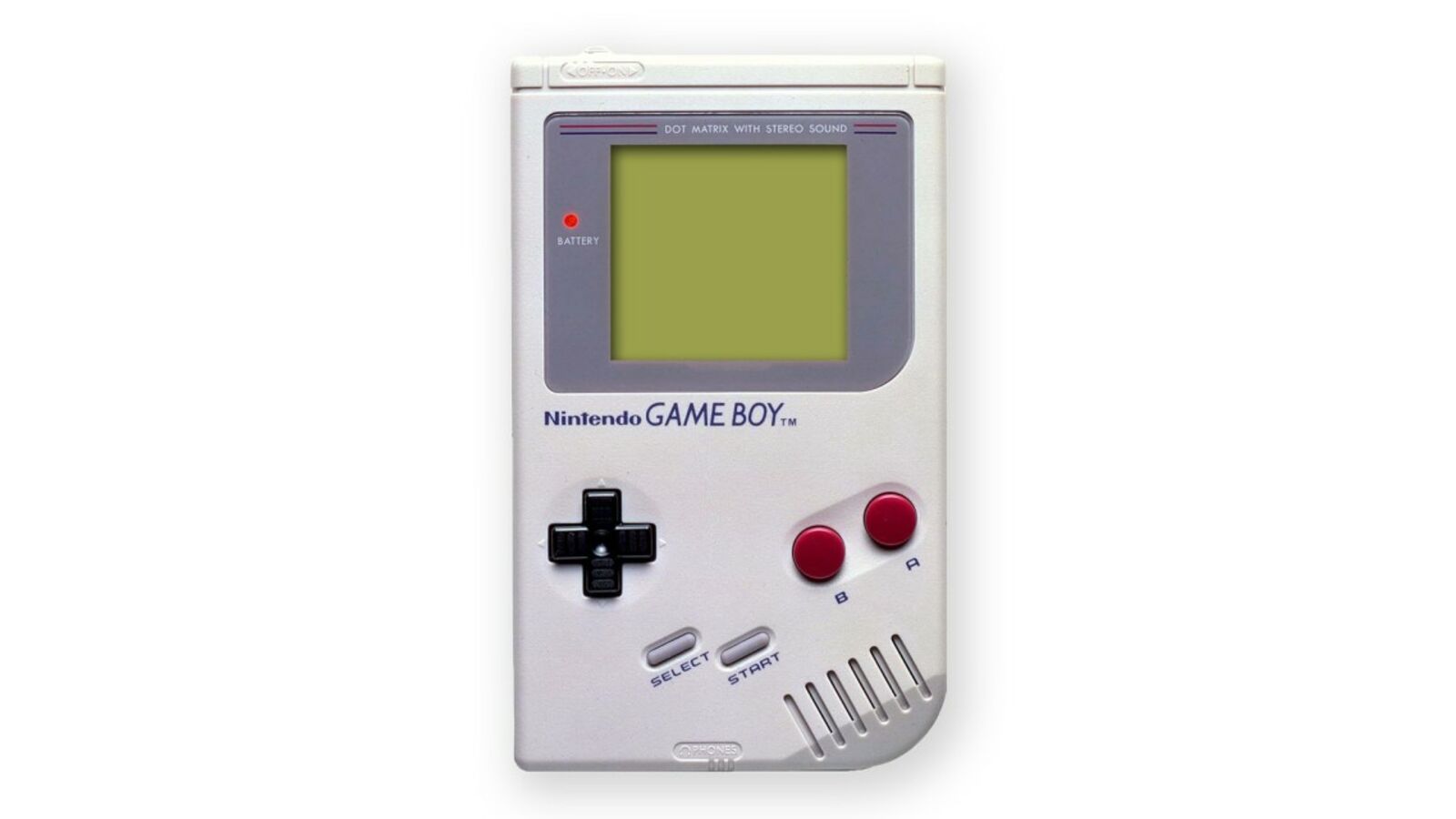 Life is full of little rituals, and little rituals are also a big part of the appeal of games. Create orders, send loot to your pet, write a cheerful GG. But the best rituals go beyond individual games. They exist, as the platform holders would say, at the hardware level.

Here’s a favourite. I find a place in the park. I check the position of the sun. I arrange the bag and the book and the Tesco Meal Deal, lean back, then fiddle with the screen of the little device I’m holding, until it catches the light and comes to life.

For a while this year, this was a ritual I performed while sitting in the park with a Playdate. But the ritual was a bit tricky, because it went back to reality, which for me was fixing the reflective screen on the Game Boy Advance when I was sitting by the sash window in my old bedroom. A few weeks ago, I wanted to overcome even that ancient ritual. I wanted to go to the source, to the land before the GBA. I pulled out the silver Game Boy Pocket I bought on eBay a while ago, boxed! – and then filed away somewhere on a shelf. I found the 4 doubles I figured I’d need and then I found the 2 triples I really needed, popped Tetris in and headed to the park.

Did you know? It was different. It feels different. And I almost hate to say it, but here we are: the Game Boy feels purer somehow. This was, not necessarily the Pocket, but wow, the first of these screens that needed to be tilted towards the light. And when you get the light right, I swear the screen is better, sharper, and more intoxicating than anything with a backlight. This is clearly not literally true, but still. Ritual makes it better, and perseverance makes it better. And the knowledge that you’re using this screen to make your triple-As go a little further doesn’t hurt either.

What I discovered in the last few weeks is that the Game Boy still is. It’s where it is. it’s the business. It’s still the most likable of all handhelds, in its own way: more charismatic than the Switch, more focused than the Vita. It’s funny, but it’s also almost serious, because it’s about fun and nothing more. It doesn’t play music. It doesn’t allow messaging services or apps or track what your friends are playing. When you remove a game from it, the game is forgotten. The Game Boy doesn’t keep track of what’s played, for how long, what day it is, who owns it, none of that jazz. Basic, yes. Limited, certainly. But also pure.

Argh: I’m going to say it. If you love solitude, Game Boy is happiness itself. It’s you and a screen and a game on the screen and no distractions, no one else is nudging. And the purity of the device seems shared by the games you can play on it.

Actually, this is purity itself on another level: I have four Game Boy games at the moment, all the rest are in the attic somewhere. And only three of them I’ve been playing. The fourth, I’ll tell you now, is the all-stellar James Bond game that borrows so much from Zelda, but we’re going to do something special on that in a few weeks, so I haven’t started it yet. (I should also mention that I first heard about this game on the wonderful The Back Page Podcast.) This has been torture in a way, but even then very pure torture. The three games I have played: Tetris, obv. Topomania. Duck tales. The latter because, beyond being an absolute classic, it’s my wife’s favorite, and instantly plunges her into the chiptune and Capcom version of an involuntary Proustian memory. She launches her somewhere along her personal version of Swann’s Way, a place that she obviously likes to explore on her own, because the Game Boy, and much of what’s great about her, is a profoundly lonely thing.

Mole Mania has been great and somewhat unnerving. I bought this a while ago as an old Nintendo curiosity. It’s more or less a lost classic, although little about Nintendo these days is very much lost. It is a puzzle game with a narrative and chained bosses. You play as a mole, and the initial trick is that when you hit an obstacle in the top-down world you’re exploring, you can dig down and maybe progress into a second top-down world that represents the same space but underground.

Complications add up quickly, and it’s a neat and fast thing. But Mole Mania feels witty rather than genuinely funny, I think. I hate to say it, but I play it and admire it rather than love it, and reach for it because I feel like I should play a little more, rather than because I absolutely have to.

What it really feels like, and this is the part I love, is a scrapbook of puzzle ideas and mechanics that could fuel other games. There’s a lot of Zelda DNA here, and a lot of Mario DNA in places. She feels like one of those startup incubators that companies in Silicon Valley have. Not bad for a £5 on eBay.

Tetris, though? Oh God, is it unbearable of me to say that I’ve finally started to see what some people mean when they say this is the best version of Tetris? Gameboy Tetris. It certainly has the best aesthetic, that aesthetic is the overall Game Boy aesthetic I guess, which is probably cheating. But I play it now and it feels like a spiritual twin to the device in my hands that it also helped define. The Game Boy does nothing but play games. Tetris does nothing more than play two versions of a very classic Tetris. is strict. No soft and hard drops. Without holding a piece. No infinite spin. No spying two or three pieces into the future. It’s Tetris, the A-level paper, and you can’t take anything with you. Except unlike an A-level document, it’s also a lot of fun.

Let me be cosmic. Maybe it’s all of that sitting in the park and being roasted by the sun, but when I play Game Boy Tetris, while enjoying the focus and constraints, I also feel like I’m connected to something gigantic. I feel like I’m connected to the history of this device and this game: the shared history of their pairings and the separate histories of what they did. One of them, the perfect video game, or close enough. The other, the perfect video game console, or close enough.

And how about this loneliness. With Game Boy Tetris nothing refers to anything. Not really. Sure, Elorg might have a sense of déjà vu, but there’s no real callback to anything that came before in the handheld and puzzle combination because nothing came before. There is nothing to rhyme, because this is what everything that came after would rhyme.

Consider the perennial question every new handheld gets asked: yes, but what is Tetris? The question that sent Lumines into orbit and cursed Polarium. With the Game Boy, your Tetris is Tetris. This is where it starts.

Strangely, it’s where things still start. I sit in the park with the Game Boy and I love games again: I love them again and I see their potential again. Their potential even, perhaps especially, when they are like this: forged into a thick cartridge, capable of being shared and lost but never properly updated or erased, or added with DLC or given a new UI or a new Battle Pass, or tied to a server that could disappear one day. The battery could certainly fail. You can lose the cartridge through the lining of your coat or drop it on a ferry. But if it’s Tetris, it’ll be Tetris forever, even at the bottom of the ocean. If it’s Mole Mania, it’s Mole Mania forever. And there is a singular purity in that. It still fills me with emotion.